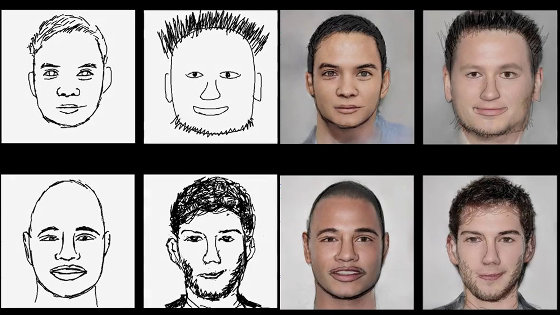 With the development of artificial intelligence (AI), it is becoming easier to realistically create imaginary people that do not exist. New Chinese researchers have developed a technology that transforms rough hand-drawn sketches into real-time feature-captured facial photographs. A shocking movie where a hand drawn sketch turns into a realistic face as soon as you see it is released.

You can check what you can do with DeepFace Drawing from the following movie. Movies are recorded at 5-10 times speed.


Two canvases on the left and right appeared on the screen. A number of lines are drawn on the canvas on the left, and the vague shape of the person can be seen. 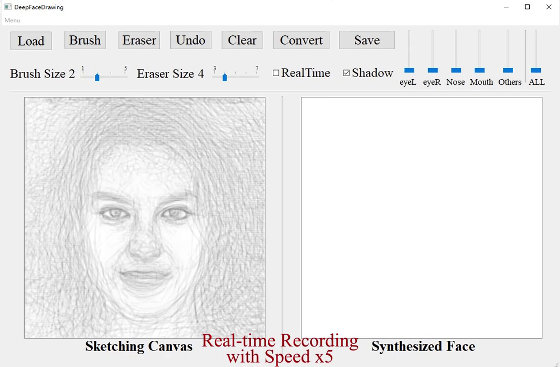 When I traced the outline on the left canvas, the right canvas turned into a photo of a woman. If you draw a slightly thick lips, the lips of the woman in the photo will change to be sensual. Each time you draw a line on the canvas on the left, the outline of the photo will become sharper. When you draw your eyes, it looks like the woman in the photo has drawn an eyeline. If you draw your nose, the nose in the photo will also have a sharp shape with shading. 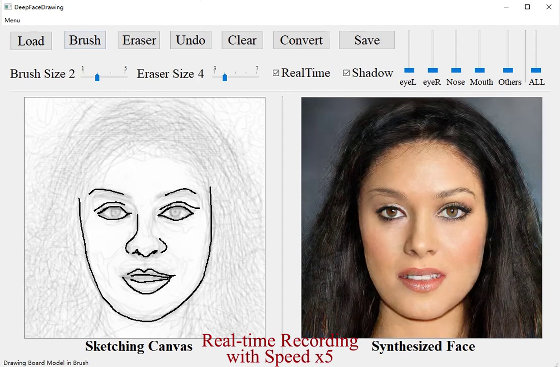 The hairstyle will also change greatly just by drawing a few lines. For some reason even the hair color has changed. When the rough figure is decided by the illustration, move the slide on the upper right of the screen to adjust the elements such as eyes, nose and mouth. I will also draw another woman. 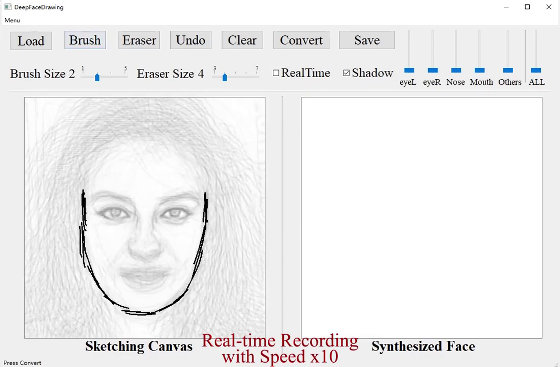 This time the face becomes clear from the eyes, nose, and above... Finally, drawing the lips changed the impression of the mouth. Not only female but also male version. 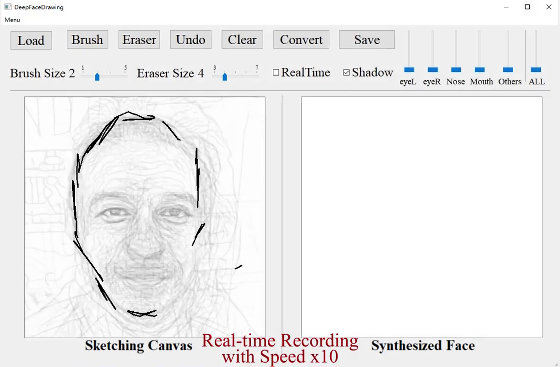 When you finish the contour, it looks like this. 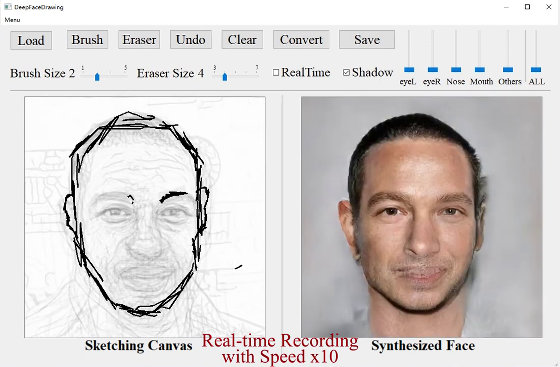 Drawing a sharp eyebrow and nose also changed the overall facial impression of the photo. It looks like this when you draw up to your lips Corrected the contour a little. It has a wider face. I will draw more and more. Below are illustrations for 8 people…… It became a face photo like this. The illustrations were drawn in various styles, but you can see that all the completed photographs are reproduced by grasping the features of the original illustration. It has changed to a facial photograph that captures the features. 'Deep Face Drawing' was developed by a team of researchers at the Chinese Academy of Sciences and City University of Hong Kong. In many cases, the technique of converting a hand-drawn illustration into a photo by deep learning treats the input illustration as a fixed one, but the new approach is learning the arrangement of 'likely faces' from hand-drawn sketches and inputs it. Find the 'approximate placement' from the sketch. In this case, the hand-drawn sketch as input information is handled more flexibly rather than 'fixedly'. With this method, it is possible to create realistic faces from inaccurate or rough sketches.

This system is composed of three modules, 'Embedded component', 'Feature mapping' and 'Image synthesis'. The component embedded module has an automatic encoding architecture and five feature descriptors for learning each. Since this feature descriptor is divided into the left eye, right eye, nose, mouth, and sketch reminders, it is possible to adjust with 5 sliders as in the movie. According to the researchers, two qualitative and quantitative evaluations showed that both evaluations produced high visual effects. When the system was actually used by non-researchers as well, favorable results were obtained in terms of usability and expressiveness.