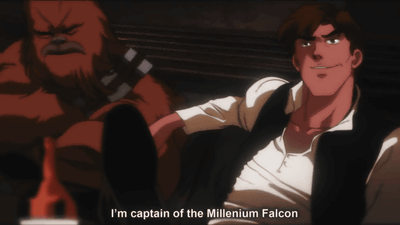 The "trailer" movie that fans produced themselves with hand-drawn animation themselves for some scenes of " new hope " first published in the movie "Star Wars" series is released on YouTube.


The double sun floats on the bright red earth of the planet Tatooine ....

Hero, Luke Skywalker. The picture feels somewhat old and somehow feel the atmosphere that OVA of the 1980s seems to be.

Luke's landspeeder running along the desert with C-3PO

This is JAVA THE HAT and HAN SOLO

The two will cut hands hard with the lightsaber in hand.

Against Luke who came to help ...

Princess Leia who shows a confusion with "Who is it?"

Han solo who takes a big attitude "I am the captain of the Millennium Falcon".

The facial expression of a person is quite different between what the actor plays and what it draws with animation, but fighter planes and the like are quite similar to the original drawing method.

In addition, the video has been released and played 470 thousand times in less than one week, attracting a lot of attention.