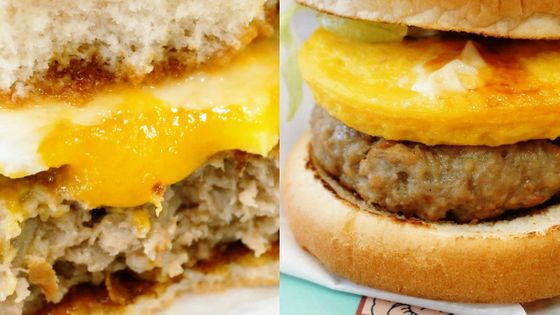 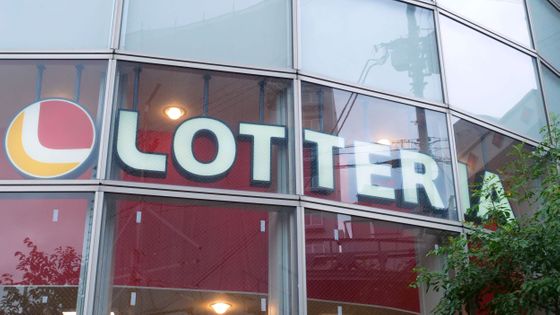 The target burger is appealing on the shop signboard. 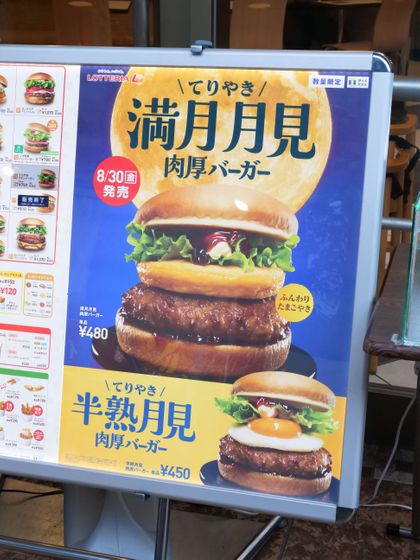 In addition to the new “Tsukimi Meat Burger”, Lotteria ’s new “Tsukimi Burger” has been added to Lotteria's classic popular menu, with a half-ripe and soft-boiled egg. This time, we ordered the new “Full Moon Moon Thick Burger” and “Half Moon Seen Thick Burger”. The offer will take about 5 minutes, so sit down and wait. Burger was carried in over 5 minutes. 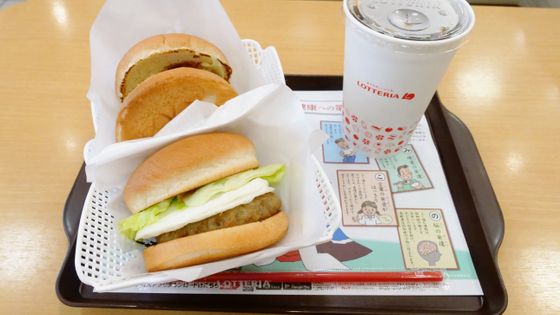 ' Full Moon Moon View Meat Thick Burger ' (480 yen including tax and 870 yen including full potato set) is a burger that looks like a large round egg on the moon. 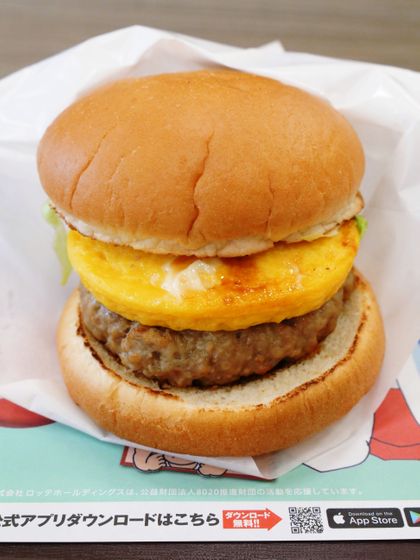 Round egg and lettuce are covered with Lotteria original teriyaki sauce and mayonnaise with oyster sauce added to tamari soy sauce and tri-sugar. 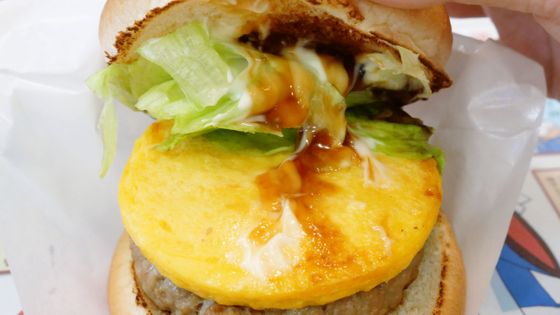 Since the lower patties are thick, they are burgers with a height. 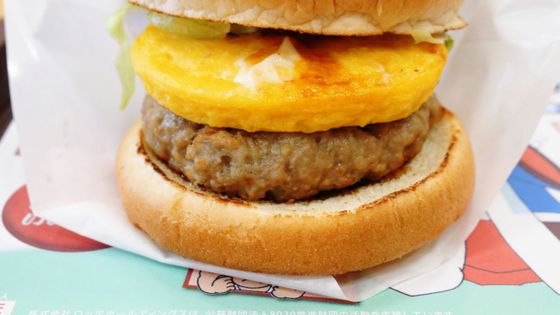 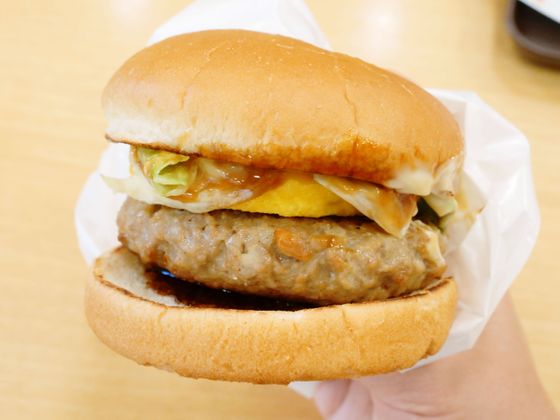 When you eat it, the patty labeled “thick” is quite thick, and when you chew it, the umami of fat starts to flow into your mouth. In addition to patty, round eggs are thick, but round eggs are fluffy and patty has a soft texture and can be bitten without any effort. The original teriyaki sauce is very sweet and the soy sauce has little saltiness. It was a burger with a round egg and an original teriyaki sauce. 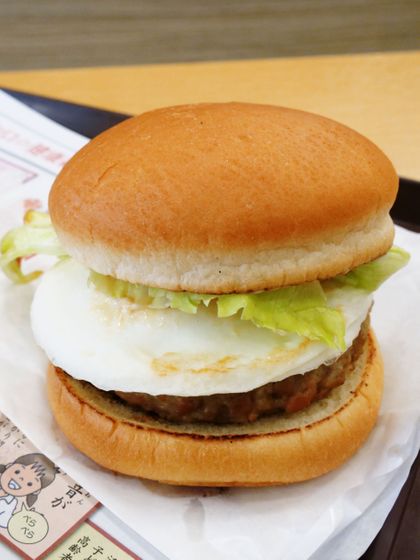 The official information emphasized the yolk part at a glance, but the yolk part was covered with white and difficult to understand. Lettuce, patty, sauce, etc. are the same as “Full Moon Viewing”. 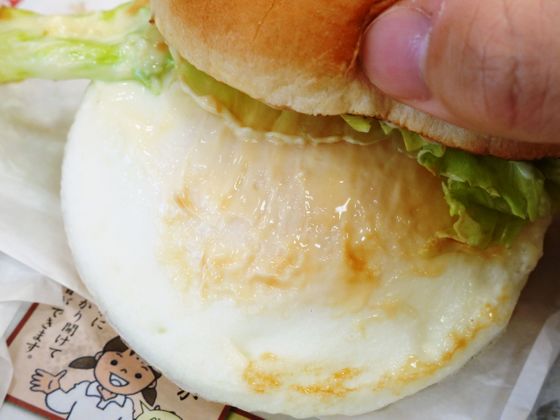 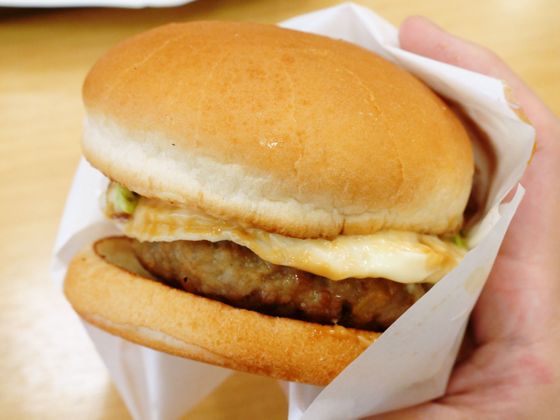 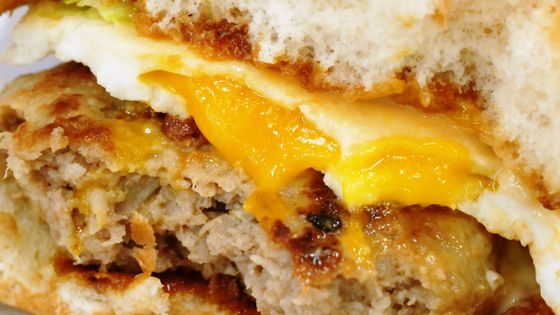