I tried to eat Lotteria's popular menu together with W Patty, 4 kinds of cheese sauce, and a gorgeous custom 'Lotteria Autumn 3 Big Fair' with a half-ripe moon viewing excellent cheeseburger, ' ' shrimp burger, ' and ' rib sand pork ' has been enhanced by stacking two patties and sprinkling a luxurious sauce using four types of cheese . The ' Three Great Fairs ' will be held for a limited time from September 24th (Thursday) to October 28th (Wednesday), 2020. I actually tried to see what kind of taste the 9 items in total of 3 menus that evolved in 3 categories of 'W Patty', 'Hokkaido 4 kinds of cheese sauce' and 'Half-ripe moon viewing' are finished. So, first of all, I will try eating from 'Double Bacon Double Exquisite Cheeseburger' (790 yen excluding tax), which is one of the 'W Patty' menus. A delicious hamburger with two layers of cheese, bacon and patties from Lotteria's popular menu, the exquisite bacon cheeseburger. 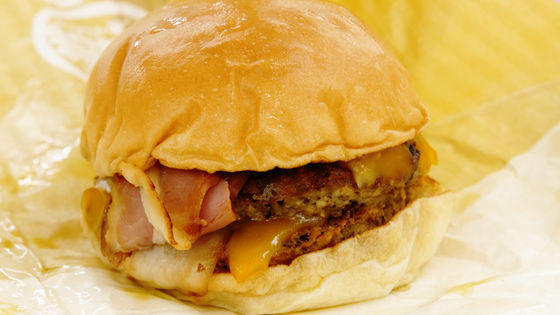 When I try to eat it, the flavorful patty using beef coarsely ground to a maximum of about 8 mm and the compatibility and perfection of two types of cheese, Gouda cheese and red cheddar cheese, are truly. I thought that the presence of patties and cheese would increase when it came to W patties, but the scent of smoked bacon was stronger than I had imagined, and it had a stronger presence than cheese. Bacon makes the juicy and strong patty more flavorful, so it tastes different from the

double exquisite cheeseburger that is also on the regular menu. Next, I will try 'Double Shrimp Burger' (490 yen excluding tax) from the 'W Patty' menu. A hamburger with two layers of shrimp patties ... 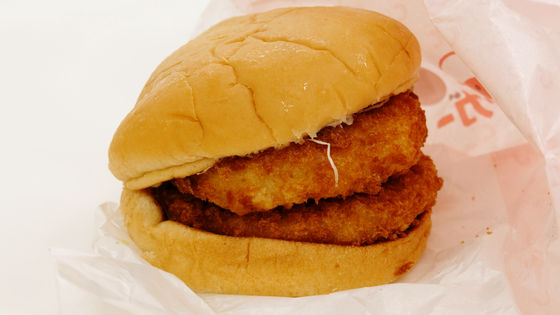 The toppings are Lotteria's original tartar sauce and shredded cabbage. 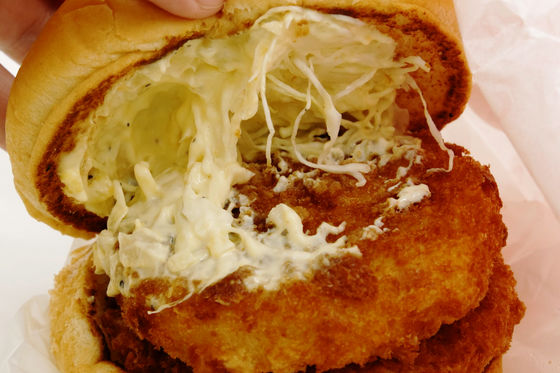 I had never eaten Lotteria shrimp burger, but I was surprised that the shrimp of the Banamei varieties of prepuri was used as it was without being minced, and the mouth was full of shrimp prepuri texture. In the case of 'Double Shrimp Burger', the shrimp patties are stacked in two layers, so the degree of shrimp preparation is further enhanced. However, the taste is a very simple finish of 'Ebipatty x Tartar Sauce'. 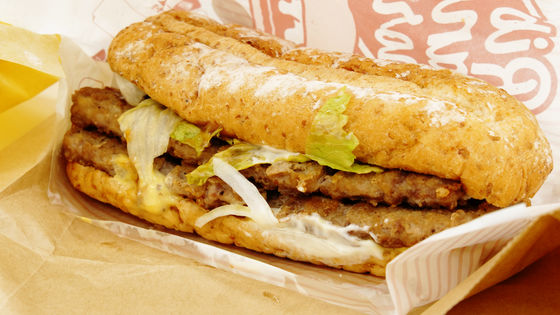 When I try to eat it, the pork patties are not as juicy as the coarsely ground patties of the exquisite cheeseburger, but there are side roles such as a deeply seasoned barbecue sauce and soft French bread with whole grain flour that feels the flavor of wheat flour. It has a strong feeling and makes up for the lack of impact of pork patty. The sweet and spicy barbecue sauce matches the sourness of the original honey mustard sauce and pickles and the good salted plums, and goes well with lettuce and sliced onions. 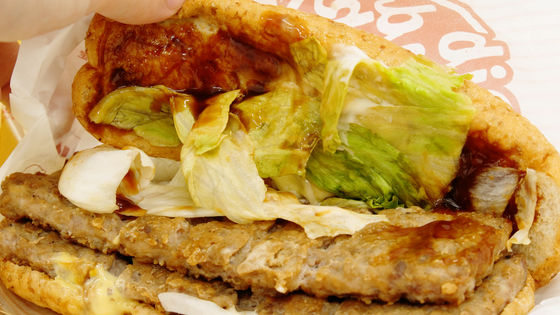 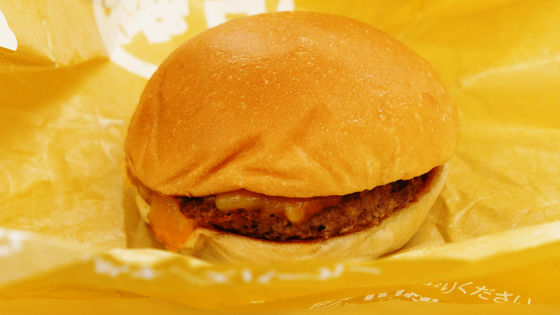 The exquisite cheese burger is also a hamburger with a strong presence of cheese, but with the addition of a creamy cheese sauce using four cheeses from Hokkaido, Camambale cheese, white cheddar cheese, mascarpone cheese, cream cheese, only the salty taste of cheese It is a hamburger that you can enjoy the creaminess to your heart's content. When eaten after 'Double Bacon Double Exquisite Cheeseburger', the cheese claim is strengthened at a level where the patty feels a little unsatisfactory. The cheese sauce had a particularly strong Camembert cheese flavor. This is the 'Cheese Cheese Cheese Shrimp Burger' (400 yen excluding tax), which is a shrimp burger topped with 'Hokkaido 4 kinds of cheese sauce'. 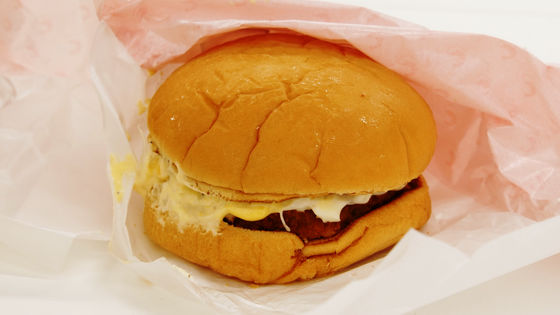 The tartar sauce used in the shrimp burger and the four Hokkaido cheese sauces are combined without any discomfort, and it feels like a hamburger where you can enjoy the richness of the cheese while enjoying the shrimp's pre-prepared texture. Unlike the taste of 'Cheese Cheese Cheese Exquisite Cheeseburger', which is extruded all over, it is perfectly balanced with shrimp patties and the original tartar sauce, so it is not a sprinkled taste, but one side of the new shrimp burger It is a finish that gives a glimpse of. 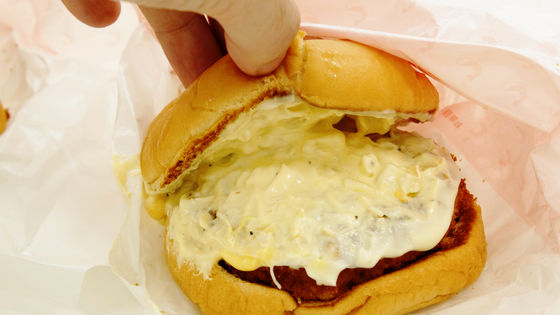 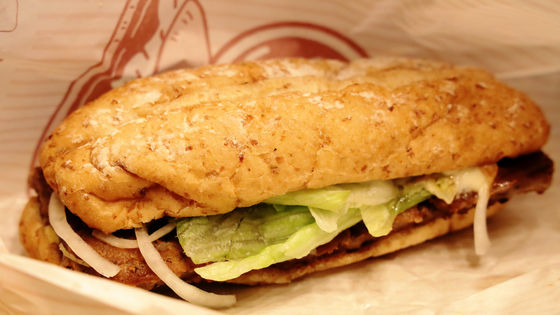 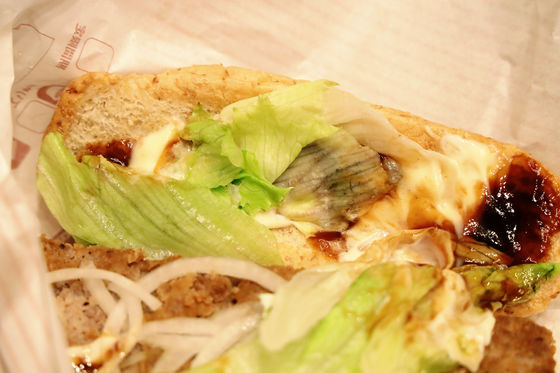