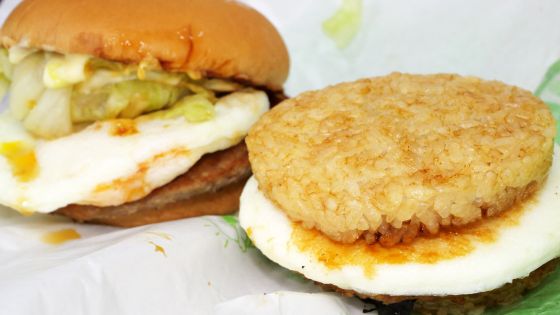 -Enjoy the fall of appetite with Lotteria's 'Toro-ri Soft-boiled Egg'! ~ “Toro-ri half-boiled moon viewing” will be sold for a limited time from September 8, 2022 (Thursday)! ｜Campaign｜Lotteria At the entrance of the store, there was a banner that appealed to the half-moon moon burger series. 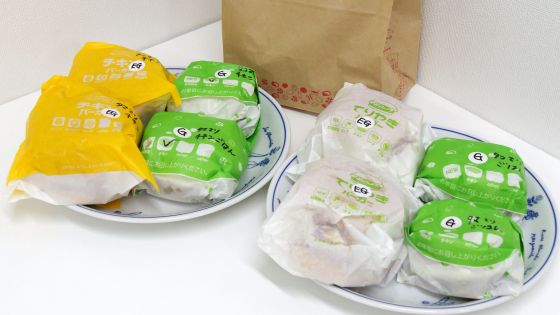 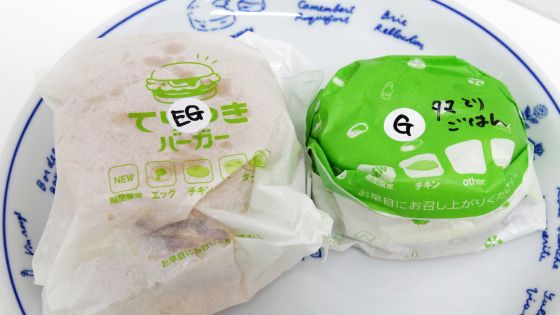 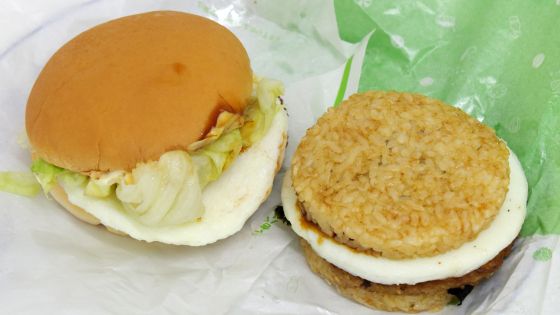 The buns of 'Semi-Boiled Tamateri Burger' were lightly toasted on the back side, and two types of sauce, brown teriyaki sauce and white sauce, were painted. 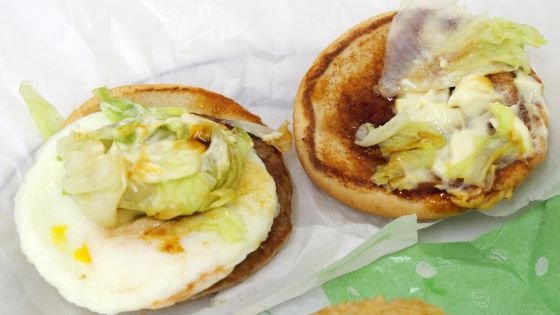 White sauce is not painted on 'half-boiled Tamateri rice burger'. 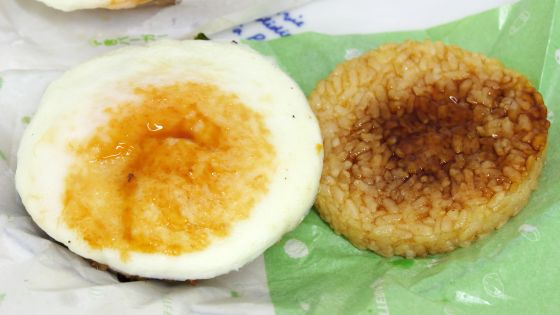 When I ate the 'half-boiled tamateri burger', the sweet teriyaki sauce and patty were the main flavors, and the fried egg was thin. It's a satisfying teriyaki burger, but you might be disappointed if you're expecting a rich eggy flavor. 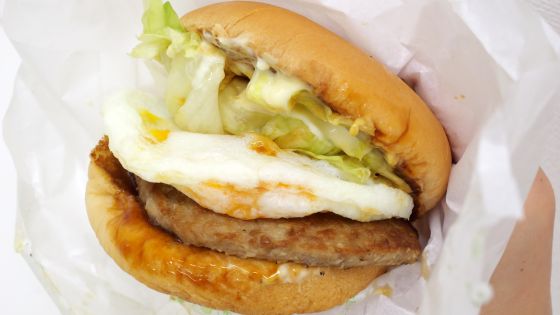 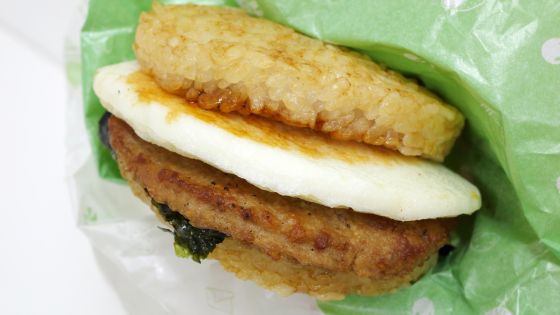 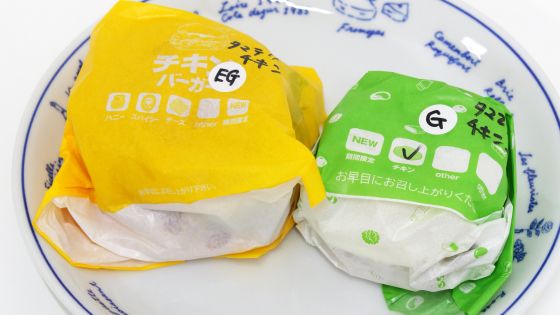 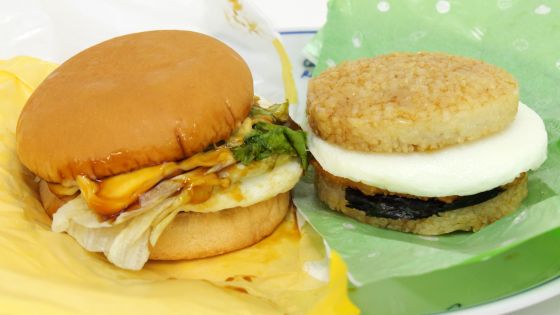 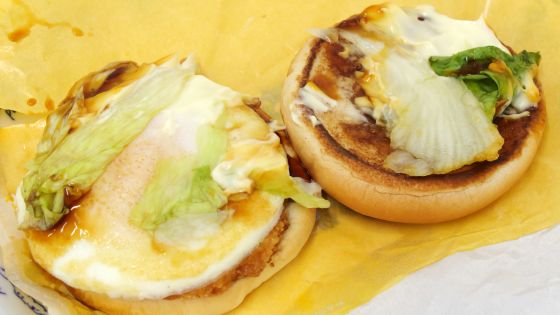 Under the fried egg, there was a chicken cut to the same size as the buns. 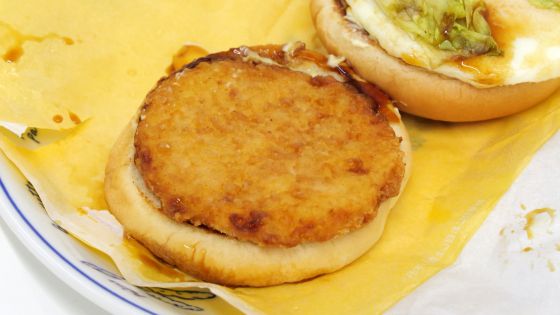 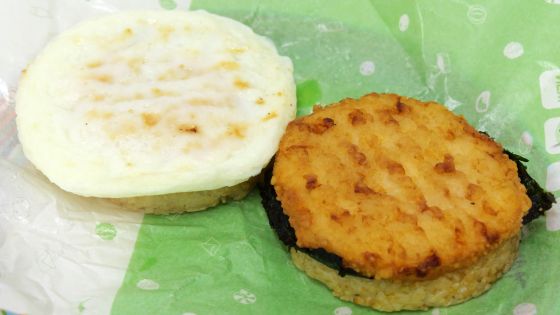 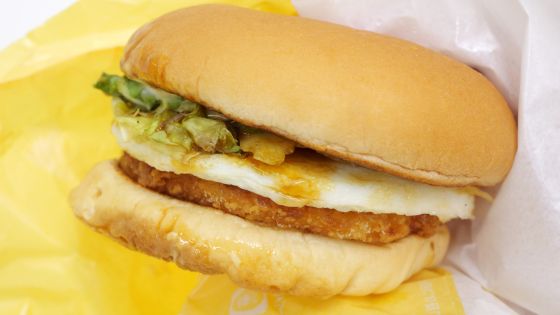 On the other hand, the “soft-boiled egg teriyaki rice chicken burger” mixes the rice patty that melts in your mouth with the yolk of the fried egg, allowing you to fully enjoy the flavor of the egg. Rice patties with a chewy texture and fried eggs go very well together, so if you want to enjoy the flavor of eggs, we recommend choosing the rice burger. 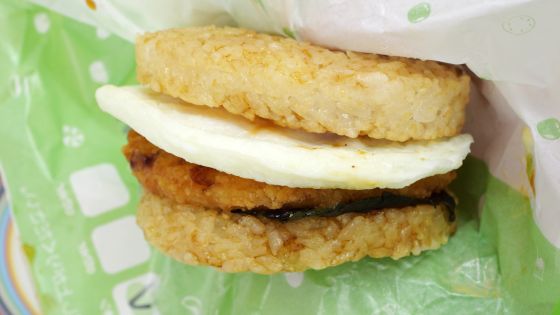