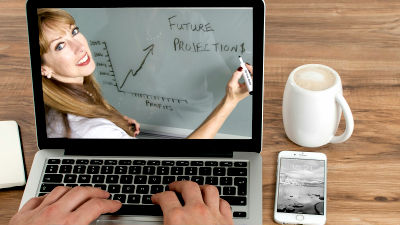 Samsung and AI researchers at Imperial College London have developed a new technology to create 'human-speaking video' from a single photo and audio data. Deep fake technology has become a topic of great progress, as the danger is being shouted as it will be able to make pornography and fake news of famous actresses endlessly.

Deep fake is to create a 'fake' image by superimposing an image created by capturing a large amount of training data in machine learning with an existing image. Machine learning technology was also used in this research. The deep fake created from a single photo is not 100% real, but its perfection is spectacular.

For example , by superimposing photos of Albert Einstein and audio of lectures , it is possible to create videos of lectures that were not actually performed. You can see the movie from the following.


In addition, it is also possible to have Grigory Rasputin , which is described as 'Monster' 'Monster ' , sing the Beyonce 'Halo' .


This is a more realistic thing that uses modern photos. This not only superimposes the voice and one picture, but also adds 'emotional expression'.


These movies are not as complete as “indistinguishable from the real thing”. However, deep-fake technology is developing at an alarming speed, and it is expected that software will be able to make it easy for the general public to make deep-fake .