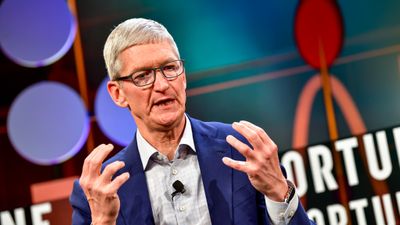 Apple 's Tim Cook, who spoke at the Graduation Ceremony at Stanford University on June 16, 2019, stated that 'High-tech companies in Silicon Valley should take responsibility for bringing confusion to the world.' It has been a topic.

'The Stanford and Silicon Valley roots are being folded together,' Cook said, and Stanford graduates and dropouts have played a major role in the growth of high-tech companies that shape the current Silicon Valley. Backed by caffeine, source code, optimism and idealism, conviction and creativity, he said Silicon Valley has used technology to make society better.

On the other hand, he admits that the results that Silicon Valley's high-tech companies have brought to society are not only the result. The development of technology has dramatically changed the appearance of society, and the various dangers caused by technology are shaking up optimism.

Sometimes the development of technology causes harm to people, such as data breaches, privacy leaks, hate speech spreads and fake news. Under these circumstances, many high-tech companies tend to think that 'they were not trying to bring about harmful consequences' and that even if technology resulted in harms, the initial good intentions would exempt it. Said Cook. Cook argues that privacy is the most important issue for technology companies. Much of our lives are concentrated on Internet services and devices such as smartphones, and are used for marketing. If the data is hacked and leaked, people are at risk of losing many things. When exposed to such risks, Cook is pointing out that people tend to adopt less risky choices in their lives, and that they can have a negative impact on thinking and creating new ideas.

Cook has long been urged to protect digital privacy, and in the past, the FBI 's request to 'develop a tool to unlock the iPhone' has been 'broken the reliability of Apple's security. They are also taking action such as denying it as an act. Apple's strength is its strong privacy protection, which sets it apart from other high-tech companies, and it is a form that exclaimed in the speech. 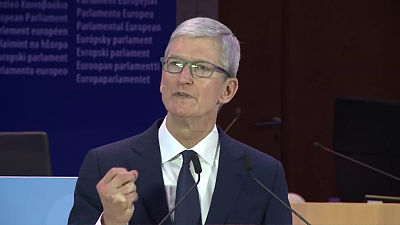 For Apple, a court battle with the FBI was a 'betting company' decision-GIGAZINE 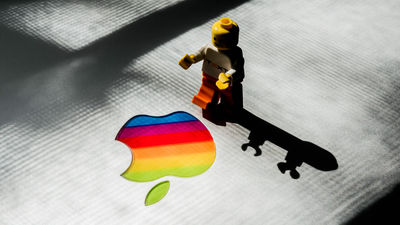 In addition, Cook, who admits that he is gay, also mentions the Stonewall revolt, a 1969 revolt against the police in homosexuals in his speech. And, in recent years, before LGBT's rights became widely recognized, it pointed out that there was a small accumulation by these people in the past, and if you want to set something good, repeat the accumulation little by little I said that was important.

He also mentioned Steve Jobs, who made a legendary speech at Stanford University 14 years ago 14 years ago at the end of the speech, and Cook is sure to see Jobs, even if he meets Jobs who has progressed on cancer Believed that they should lead Apple. However, he was Cook, who was killed by Jobs and fell into solitude that he had never felt before, but when he settled down, he decided that 'it must be the best version I can do'. , Seems to have worked in addicted.

Cook argues to Stanford graduates that there are too many people in the world who want to gain credibility without taking responsibility and those who just want to get honor without doing anything. . By finding out my vision in loneliness and taking responsibility for what I created, I made a speech asking that I want you to leave something in the world of something different from others. You can see Cook's graduation speech released by Stanford University from the embedded movie below.