Use of smartphonePossibility to lower sleep qualityIn addition to SNS like Instagram to the health of usersIs affectingSurvey results have also been announced, and in recent years there have been reports of adverse effects of SNS that have become indispensable to modern society in recent years. Meanwhile, Apple's Tim Cook CEO said, "I do not want you to use social networks," as a topic.

Apple's Tim Cook: 'I do not want my nephew on a social network' | Technology | The Guardian
https://www.theguardian.com/technology/2018/jan/19/tim-cook-i-dont-want-my-nephew-on-a-social-network About the negative influence that Facebook and other SNSs have on society, developers can accept. Former Facebook executive Chamous · Paris Hatiya said that we've made tools to break the mechanisms by which society works, about Facebook that he was involved in development, It is clarifying that there is nothing, "For children of their own is not allowed to use such shitful things". 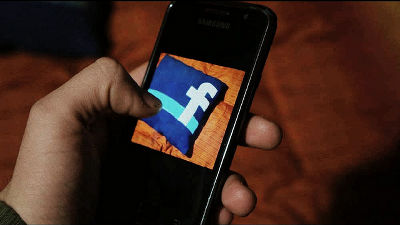 It is also the first CEO of FacebookSean / ParkerMr. Facebook is "something that attracted the psychological weakness of human beings" and "What God knows exactly what influences our children's brains?" "Our idea is high I am jacked and I have not been able to make a more flexible choice than I am thinking. " Meanwhile, Apple's CEO Tim Cook at the Harlow University of Essex, England, "I do not believe in the value of using technology (technology) excessively." "I can always succeed because I always use technology" It is not a person who says "You are a person who says," "I am not using it all the time."

Also, Cook CEO reveals the idea that technology should not be dominated by even computers, like the graphic design department. Even if technology is excluded, "There are many concepts to understand, there are many to understand," probably "No" will likely be answered to the question "Do you want to use technology extensively in graphic design?" Also, Cook's CEO has no children, but there is a nephew, and I revealed the idea that they do not want to use social networks.