Young people who use SNS more than 2 hours each day have a high percentage of psychological suffering and suicidal ideationIt is understood from previous studies that the influence of SNS given to children in their teens and especially below has become a big problem in recent years. Meanwhile, investors holding a lot of Apple shares asked Apple "take action against smart phone poisoning."

Influences of SNS and technology on children through smartphones have been concerned for a long time and often smartphone addiction is reported as news. In the past, "Instagram also released a report that gives a negative image to the body image that the user holds against him, sleep patterns, FOMO (anxiety / fear of being left out)".

The most mental health bad application is "Instagram" - GIGAZINE 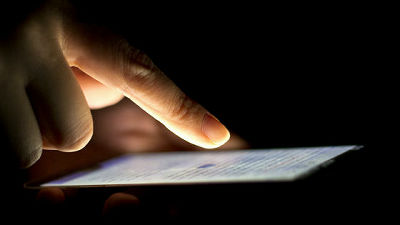 Also, the research result that "Facebook may impair face-to-face relationships, invite an increase in" sitting posture "to live while sitting, impair self-esteem, and cause poisoning." Facebook itself recognizes such a situation, and "service creation under 13" is prohibited in the service terms of service.

What is the darkness of the world's largest SNS "Facebook"? - GIGAZINE 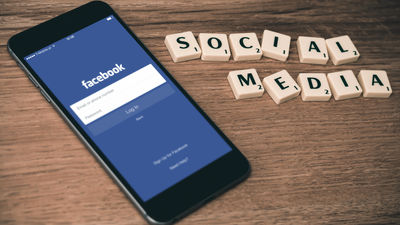 Facebook's first CEO, Sean Parker says that Facebook uses human weaknesses and "only God knows what kind of influence it will have on our children's brain"comment. And Chasmas Pari Hapitia who enrolled on Facebook from 2005 to 2011 explained that "social media is corroding the core part of people's behaviors" on reasons why they have left social media .

Meanwhile, on January 8, 2018 (Monday) investment companyJANA PartnersWhenCalSTRSPublished an open letter to Apple on a website called "Think Differently About Kids". The two companies have $ 2 billion (about 230 billion yen) of Apple's shares. Investors are also making proposals to create committees including experts on child development and to provide information available to researchers, such as annual reports.

Many existing apps are designed to "depend on users" to increase the number of users and keep users on the screen as much as possible. Children are particularly easy to target as next-generation users and are susceptible to damage from technology.

Apple's former "Think different"The opening letter states that" Apple can play an excellent role in the industry watching the next generation of health and development, and it is good for business to "do the right thing" "I am seeking action from Apple as an action.

Furthermore, comments from Apple are not announced at the time of article creation.