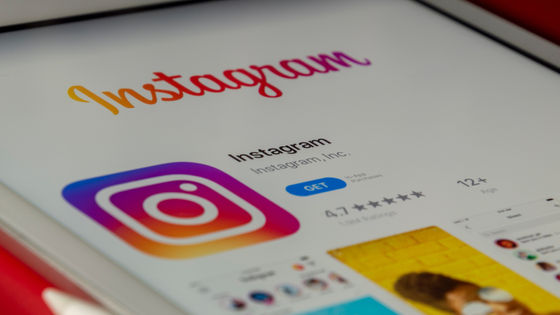 In response to an article in the American letter The Wall Street Journal on September 14, 2021, 'Facebook continued to recognize that Instagram was harmful to teens,' Facebook, which operates Instagram, said, ' Many teenage girls suffering from loneliness and anxiety report that Instagram helped them, 'he officially argued. Facebook has criticized The Wall Street Journal by name as 'not accurate coverage.'

On September 14, 2021, the Wall Street Journal, the largest economic newspaper in the United States, wrote an article that 'Facebook has long recognized Instagram as harmful to teens, according to leaked insider information.' Posted. According to this article, Facebook has been working on a study on 'The impact of Instagram on young people', '13% of British and 6 Americans among teens thinking about suicide. % Said that the cause was Instagram. ' 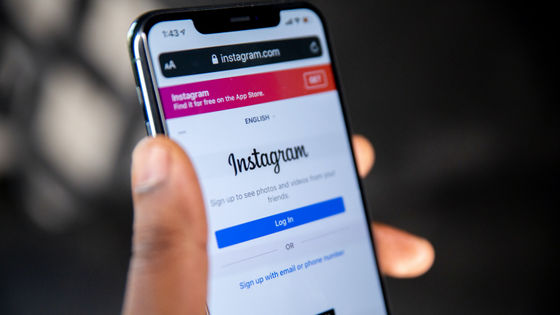 The Wall Street Journal claims that CEO Mark Zuckerberg 'may be beneficial to mental health using social media,' despite the fact that these findings were well known to senior executives. Or announcing Instagram plans for children under the age of 13 was that they didn't understand the essence of the problem.

In response to this report, Facebook has posted a new counter-argument on its official blog entitled 'What is the truth about our findings on well-being and Instagram for teens?'

According to the counter-argument, The Wall Street Journal reported what is called a 'malicious cutout.' The Wall Street Journal said Facebook had found that 'Facebook exacerbates body image problems (images of one's body, such as'I'm fat') in one-third of teenage girls.' According to Facebook, 'One-third of girls with body image problems' is actually 'one-third of girls with body image problems' instead of 'one-third of teenage girls' when you look at Instagram. It was a research result that 'it gets worse'. Regarding the results of the problem survey, Facebook said that 11 out of 12 problems such as eating problems, loneliness, anxiety, and sadness answered that 'Instagram improved symptoms' and 'neither good nor bad'. It emphasizes the highest point. 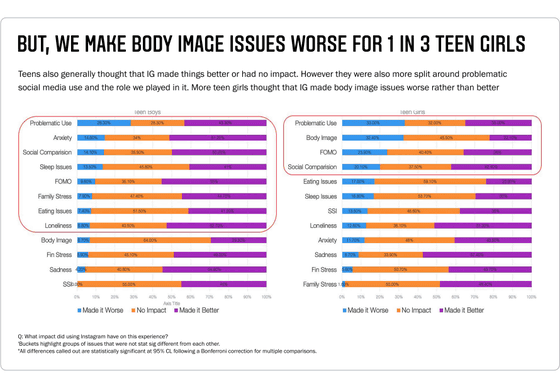 In addition, the Wall Street Journal reported that 'of the teenagers who thought about suicide, 13% of British and 6% of Americans attributed it to Instagram.' In fact, '50% of American teenage boys and 36% of British teenage boys said they felt better after using Instagram,' and 18% of American teenage boys said 'feeling better.' 'Much improved,' he said. 'All groups of teenagers have accused Instagram of'increasing rates of anxiety and depression.'' 'This is the result of a questionnaire for 40 young people suffering from problems such as body image, and the sample size is small. On the other hand, 80% of young people' improved their condition 'and' became better or worse 'by using Instagram. 'No,' Facebook claims.

Facebook has repeatedly spoken of inaccuracies in the press by naming The Wall Street Journal, claiming that Instagram only extracted and reported that it had a negative impact on teens.