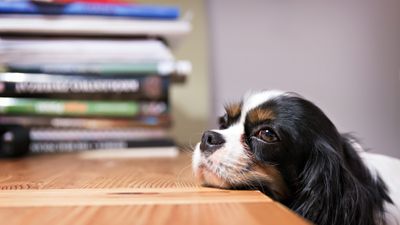 It is said that the dog's sense of smell is very good, and a specially trained

dog works as a drug detection dog or an explosives detection dog in customs, and a police who cooperates in a criminal investigation or a search for a missing person. I am active as a dog. Under the circumstances, research has been published that some dogs can sense the smell of seizures caused by epilepsy.

Human beings have regularly released various compounds including sweat and saliva, but as we get older and get sick, the condition of the body changes and the composition of the released matter also changes. You Until now, dogs have helped to detect a variety of diseases by taking advantage of their keen sense of smell, such as by separating the smell of people who have lung cancer, by separating changes in blood glucose levels and preventing seizures in diabetic patients .

According to a survey published March 28, 2019, training five dogs has succeeded in separating the “smock odor” common to different types of epilepsy. The test consists of one sample for each patient at the time of seizure, four samples for normal odor, and two samples for odor during exercise for each patient, a total of seven samples, which the dog can It was done in the form of choosing. A total of nine trials were conducted, three out of five of them passed all trials, and the remaining two were able to select at least six correct samples.

In addition, the time when the dog was examining each sample is as the figure below. The dog has examined the left-most 'stroke' sample for a much longer time, which results in highlighting that the seizure has a distinctive smell. 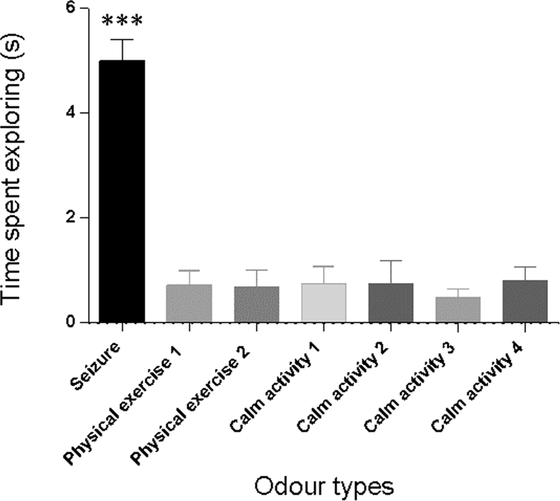 This study has revealed that a specific odor is generated when an epileptic seizure occurs. The paper states that 'it may be possible to predict seizures from odors'.