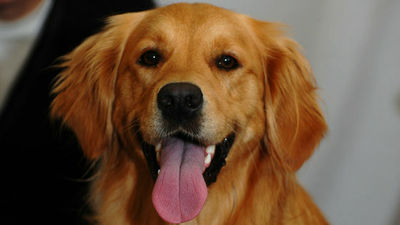 It is known that the olfactory sensation of a dog is very sensitive, and a dog trained in professionals works as a drug detection dog and an explosive detection dog at customs office, and cooperates with criminal investigation and search for missing people I am also active as a police dog. It has been clarified that such a dog sniffs the smell of lung cancer, and it is reported that it may be possible to develop "a device that discovers lung cancer" by using the olfactory sense of such a dog.

Dogs' sensitive noses may be the key to early detection of lung cancer
https://theconversation.com/dogs-sensitive-noses-may-be-the-key-to-early-detection-of-lung-cancer-99575

In many cases, lung cancer often causes symptoms to progress as if the patient wants to go to a doctor, and even if it finds it, it is often too late. Many patients often get lung cancer diagnosis at a hospital, and since the disease condition is considerably advanced, it often happens that the patient dies within one year of diagnosis.

However, because there is no easy and cheap way to examine lung cancer, many people can not find lung cancer at an early stage. Scientists are studying research to find lung cancer at an early stage by using the olfactory sensation of dogs. Research results that dogs can actually sniff the lung cancer have also been announced, but in most of the experiments, "From among multiple samples, it will sniff out only one exhaled lung cancer or saliva sample that exists It is said that it was done by the method called "technique. In the actual examination, there is no situation "There is only one lung cancer positive sample out of multiple samples", so it is impossible to use a dog for lung cancer examination as it is.

The research team at Waikato University in New Zealand trains dogs in a way that can be used for lung cancer examination. The research team has the dog check the samples presented by the device one at a time, if it is negative, switch to the next sample by turning the lever, if the sample that appears appears close to the nose to notify humans I trained. If you successfully detect lung cancer-positive samples, give a feed as a reward, the dog will react only when the lung cancer is positive. 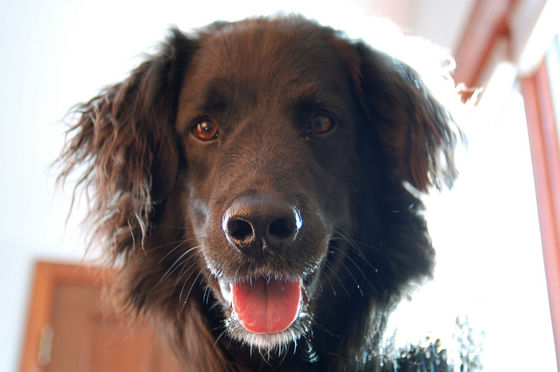 The research team cooperated with APOPO , a social enterprise based in Tanzania, developed a "lung cancer detection dog training device" to be used for training. At APOPO, we train the olfactory shrewd mouse, African oni mouse , and develop techniques such as removing land mines and detecting M. tuberculosis from human saliva.