Movement of the 'magnetic field' of the Earth became active, the cause is also unknown to researchers 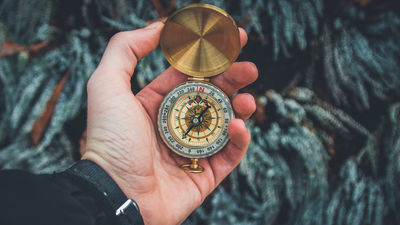 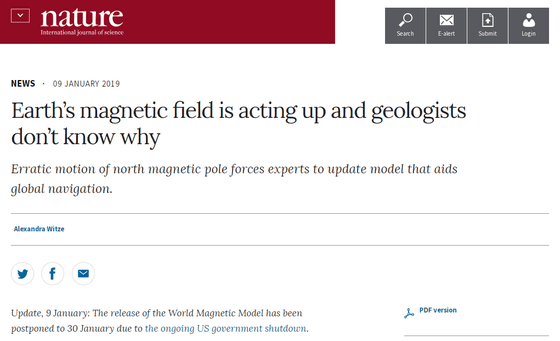 The existence of "magnetic field" is not strongly aware of in daily life, but it is very important for the technology used in life. For example, the navigation function of Google Maps shows the direction in which you are facing almost correctly because you are using the GPS (Global Positioning System) and the geomagnetic sensor to determine the direction facing you.

However, it seems that there is a rapid change in this magnetic field. One possible cause is "Movement of Earth's magnetic poles".

Changes in the position of magnetic poles based on the 12th generation international standard geomagnetic field (IGRF - 12) created by the geomagnetic world data analysis center attached to the Graduate School of Science, Kyoto University .

The South pole moves northwest from Antarctica to the Indian Ocean side of the Antarctic Ocean. On the other hand, the north magnetic pole was in the Nunavut Territory of Canada in 1980, but gradually moved northward and reached 85 degrees North Arctic Ocean in 2010. Move to higher latitude in 2015. Although the point of 2018 has not been drawn, it is said that he has entered the eastern hemisphere from the Western hemisphere beyond the date change line. However, I do not know the concrete things, and I am waiting for the progress of future research.