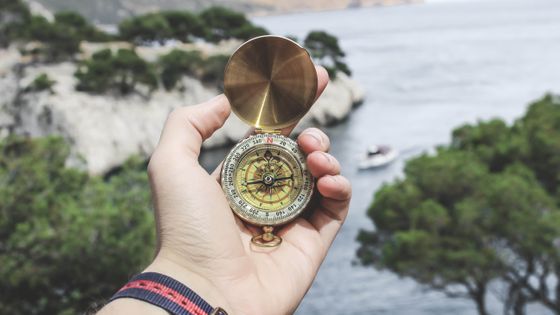 Generally speaking, `` north '' refers to the North Pole , which is the northernmost point of the Earth's rotation axis, but the `` North '' indicated by the N pole of the compass needle is not the North Pole, but the Earth's magnetic field ( geomagnetic ) It is magnetic north determined by. The position of `` north '' pointed to by this compass has moved about 2250 km in about 190 years, and the United States Oceanic and Atmospheric Administration (NOAA) updated the World Magnetic Model (WMM) on December 10, 2019 to correct magnetic north misalignment Did. Magnetic north is constantly moving, but researchers are constantly observing the earth's magnetic field to build a world magnetic model (WMM). WMM is used by the United States National Aeronautics and Space Administration (NASA) , Federal Aviation Administration (FAA) , military, etc., as well as GPS and other navigation systems, map services, and compass apps. It can cause problems in more than one area. So researchers track the Earth's magnetic field and the position of magnetic north, and regularly update WMM.

On December 10, 2019, NOAA's National Centers for Environmental Information , which manages WMM, and the British Geological Survey released the latest version of WMM. As a result, the system using WMM can detect the position of magnetic north quite accurately at the time of article creation, and consumers can know the accurate position with various applications and services.

WMM is scheduled to be released every 5 years, and this release is scheduled to be used until 2025. However, if there is a sudden change in the magnetic field, unintended modifications may be introduced. For example, in February 2019, an unscheduled WMM correction was made because the movement of magnetic north was faster than expected. 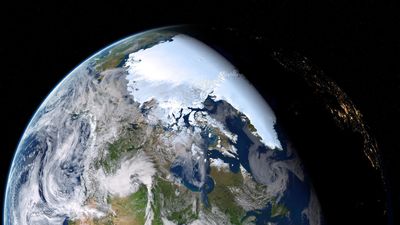