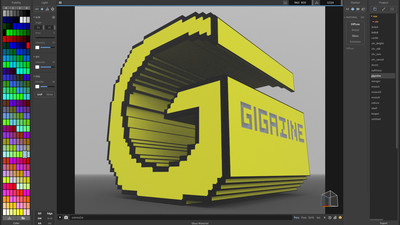 Production of the 3DCG model requires specialized software, knowledge and skill, and even if only making 3D dot models like " Minecraft ", it is quite a hurd to beginners. " MagicaVoxel " is a software that anyone can easily create a difficult 3D dot model by cutting or stacking voxels . MagicaVoxel is released free for Windows and macOS. 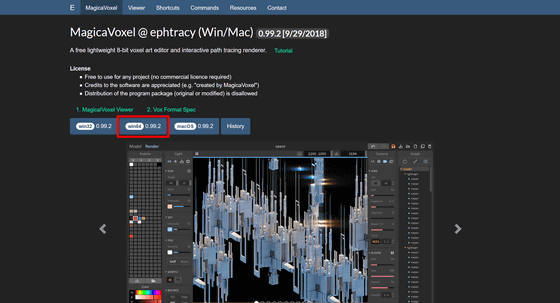 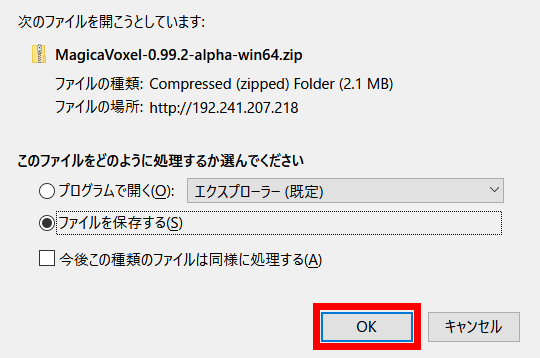 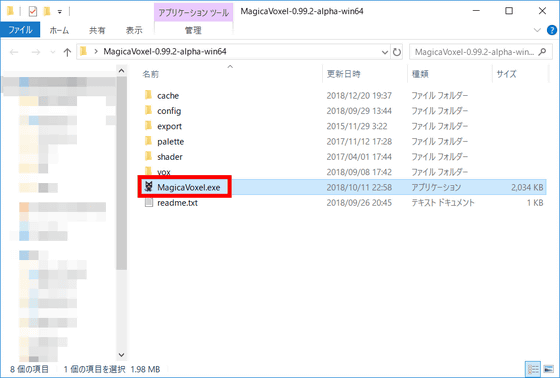 The activated screen looks something like this. We edit the part where the blue cube is displayed in the center with the cursor and make a solid model. It is possible to balance the camera by dragging while clicking the mouse wheel and zooming in / out with the mouse wheel up and down, right click and dragging the camera. 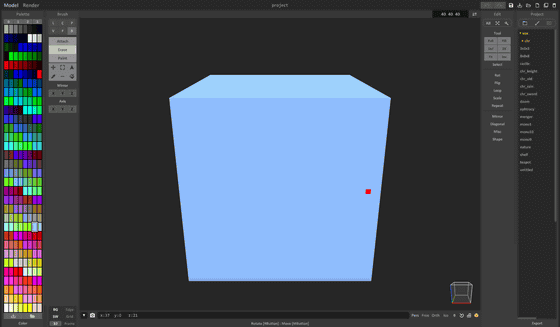 Also, coordinate axes are displayed at the lower right of the screen, the red line is the X axis, the green line is the Y axis, and the blue line is the Z axis. 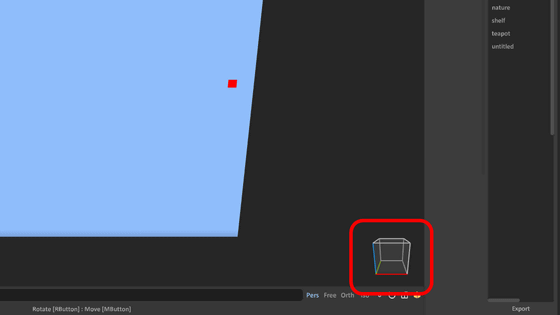 At the left end of the screen is a palette that changes color. Next to that is a menu of brushes. Among them, the part that we frequently use is the part surrounded by the red frame of the following image. Their functions are as follows. 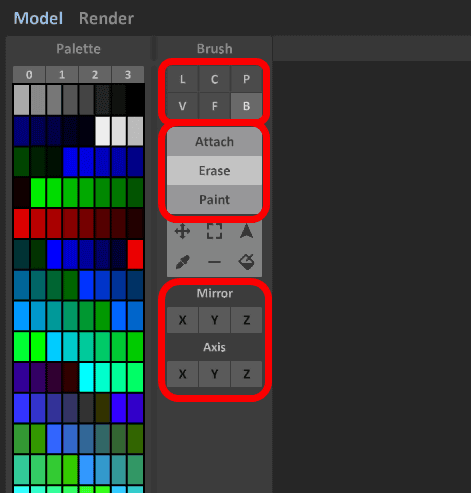 Also, if you have unknown functions or buttons, you can overlay the cursor and a description of the command will be displayed at the bottom of the window. 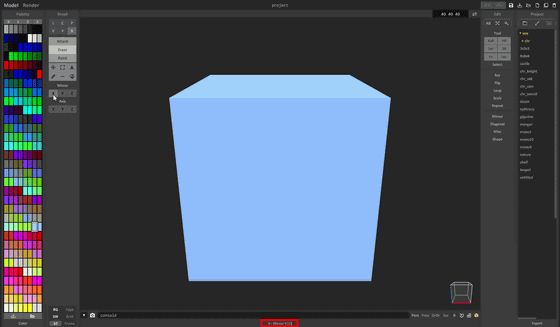 Try selecting B and Erase and manipulating the blue cube ...... 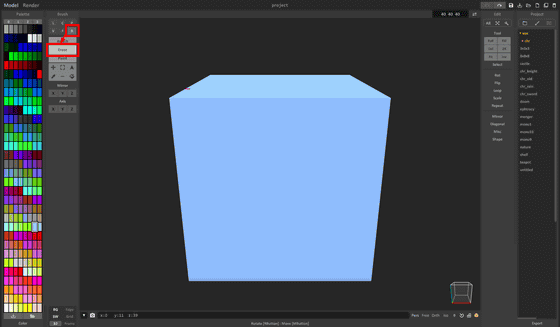 The block disappeared from the cube. 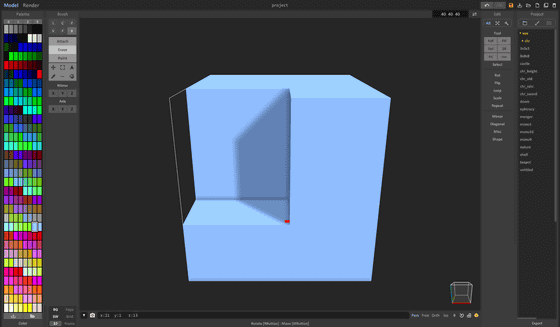 Displaying the grid makes it very easy to understand where to edit. To display the grid, click on Grid in the lower left. 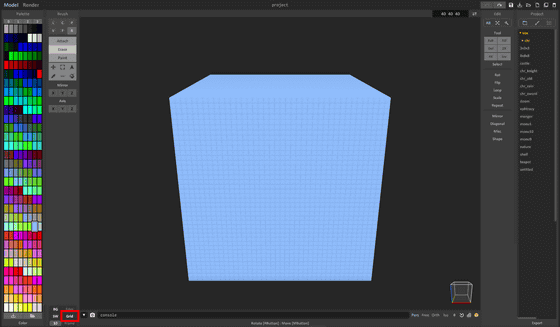 The character of G of GIGAZINE completed by cutting or painting voxels about 30 minutes is kore. 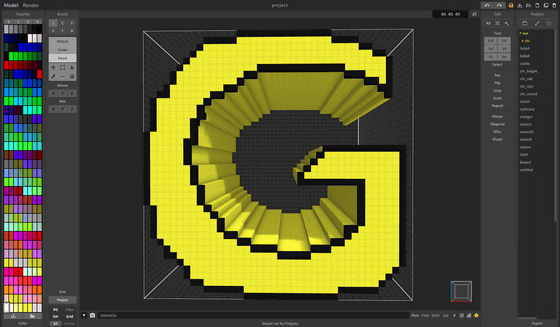 On the side is white letters "GIGAZINE" carved. 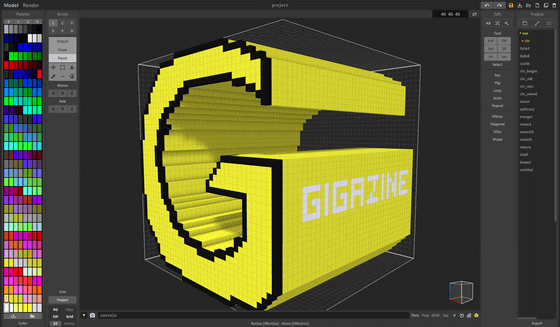 You can also do rendering by clicking "Render" in the upper left. 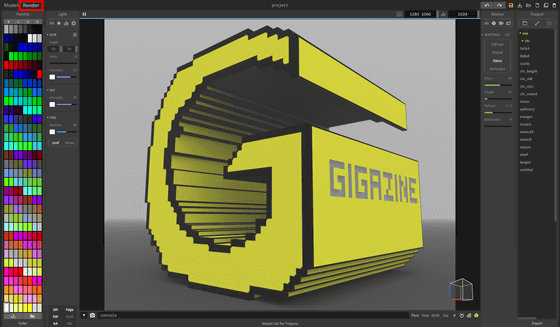 To save the model, click the icon (Save) on the floppy disk in the upper right of the screen or the icon (Save As) on the right. If you save it in the "vox" folder in the installation folder of MagicaVoxel, you can read it from the toolbar at the right end of the screen without having to search it by filer. 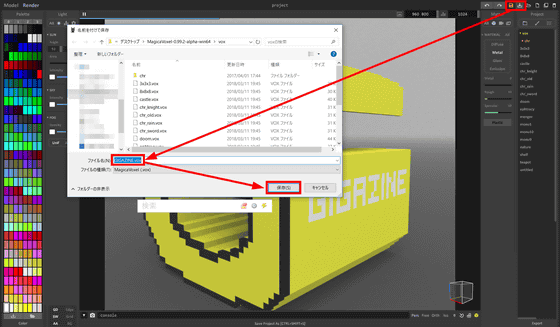 Since the 3D model is saved by default in the "vox" folder, it is also ant to create a 3D model while modeling this as a 3D model. For example, the following image shows "chr_knight" opened. 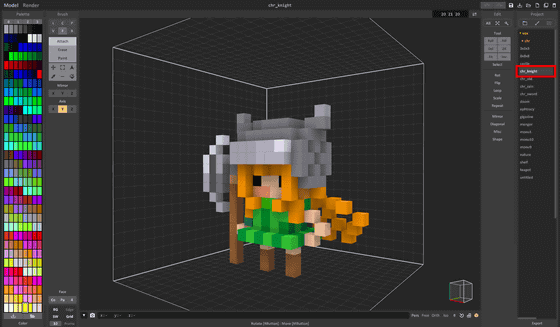 A demonstration of MagicaVoxel by Mr. ephotracy of the producer is released in the movie.


Also, looking at the following movies published by Mr. Rocinante Urabe, you can see the production process in MagicaVoxel well, so it is helpful to help you create a 3D dot model.