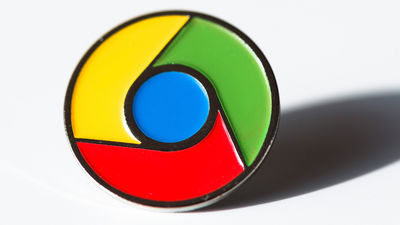 The Google Chrome development team has announced that it will release " Chrome 71 ", the latest stable version of the web browser "Google Chrome", in December 2018. Chrome 71 has a function to block unauthorized advertisements, as well as checking the user before improving the "relative time" displayed in the web application and speech synthesis API that reads out the text with synthesized speech The development team says there are features such as.

◆ Displaying Relative Time <br> In many web applications, instead of using an accurate time such as "0 month, 0 day, hour, minute", relative time from the present time such as "1 hour ago", "yesterday", "2 days ago" It shows the time and shows when the event occurred.

Display using relative time is becoming very common, and many date / time libraries have localized functions for displaying relative time. Chrome 71 introduces " Intl.RelativeTimeFormat ", which allows work to transition to the JavaScript engine and display relative time in a localized format. It said the performance slightly improved by this. ◆ Underlined Vertical Text Under occasional occasions when text is displayed in portrait in Chinese or Japanese, when you try to emphasize vertical text by underlining it, the browser works fine There were times when it was displayed separately to the left and right of the text.

In Chrome 71, as a decoration of text written in CSS 3 , it is said that you can specify any position, whether to display the underline of vertical text to the left or to the right. In other CSS 3 text, it seems that you can also change the line type and color. 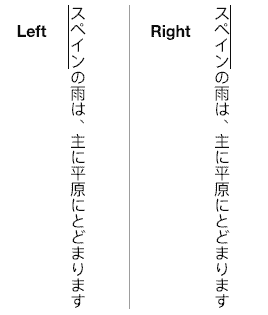 ◆ Using Synthetic Voice API <br> On some websites, when you open a site, textual reading with synthesized sound starts, video playback with sound may start. While this system using the speech synthesis API etc. is sometimes useful, it has surprised the site visitors quite often. Especially when you are browsing in places where there are many people, suddenly the sounds can cause annoyance in the surroundings.

So in Chrome 71, users need permission before the text read aloud API with video files and synthesized voice works. This tells the development team that users will suddenly start sprinkling sounds, they will not be surprised or annoying people around them.