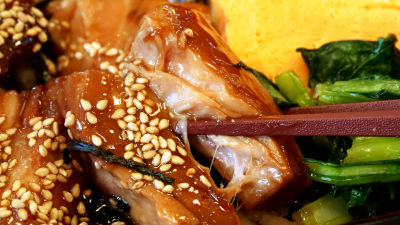 Over 3 hours or more carefully until it gets settled , rice cooked with carefully boiled horse mackerel, rice cake and komatsuna served with soy sauce " pig boiled cooked" from November 29, 2018 (Thurs) It has appeared. Since it is said that it is a Japanese style flavor unique to Naka Uru, I actually ate at the shop. In front of the shop, pig boiled bean curd was flapping. When I purchase a ticket at once, hand it over to a store person ...... 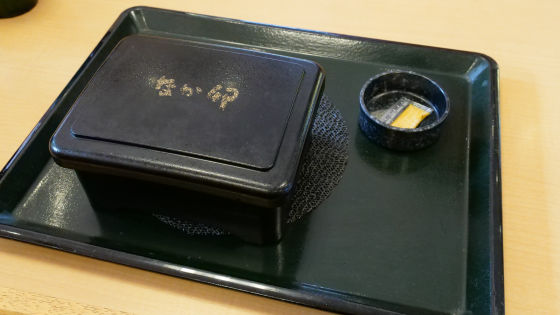 When opening a lid of heavy weight it looks like this. The area cooked with more than half the area of ​​the rice is occupied by horse mackerel. The weight is about this size when compared with the iPhone XR. 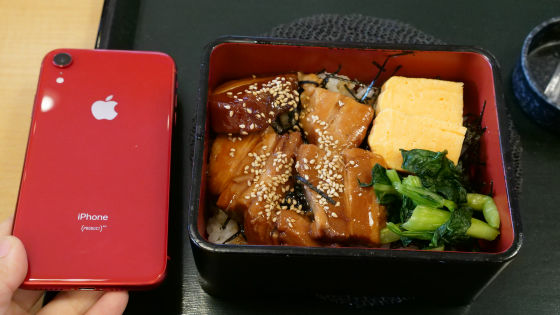 Once I put chopsticks in the cooked horse, I could fluffily chop the meat without putting my strength. Although it is firmly cooked, the part of the fat is lewd, but lean has firmly left the chewy so please eat it. The taste is certainly a Japanese style soup flavor, and there is also a sour taste of vinegar, so it is sweet and sour afic. There is chopped stick between horn cook and rice. 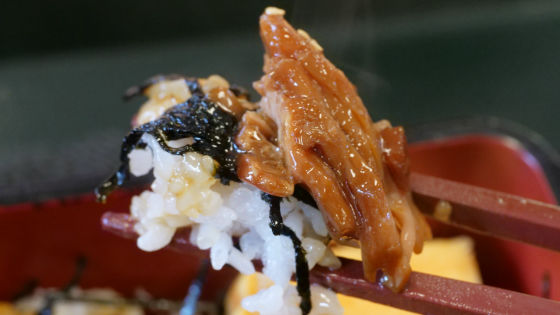 Because it is a soft texture, boiled horn dumpling, soup rolling, so it was good to have a chopstick pork cutlet. Since the custard cake came also in a separate attachment, it became a kind of oden as if it were cooked on a mustard. A person who likes a stronger seasoning seems to be good from soy sauce.