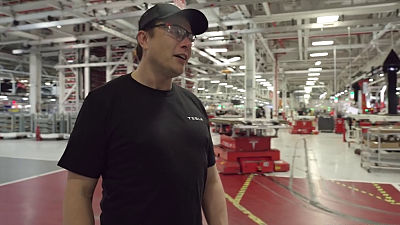 At Tesla's automobile manufacturing plant "Tesla Factory" located in Fremont, California, Model S and Model X, and Model 3, which had various problems in mass production, are produced day and night. A camera enters the state-of-the-art factory where it is not normally permitted for outside people to enter, and the movie that Mr. Eilon Mask will show us directly is released.


This movie was released by Marks Brownleigh of Tech-based YouTube channel " MKBHD ". Of course, it is a movie with contents that must be watched by those who are engaged in production at the automobile manufacturer as well as car lovers, but unfortunately it was 15 to 20% of the whole factory that was allowed to shoot this time. 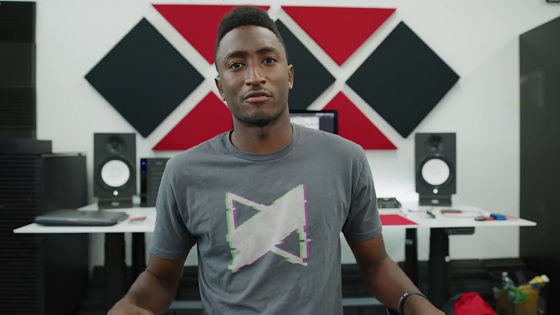 Mr. Mr. Brown leaving Mr. Mask walking in the factory. In this factory, we are planning to increase efficiency by introducing a lot of robots, and numerous robots will also appear around the movie. 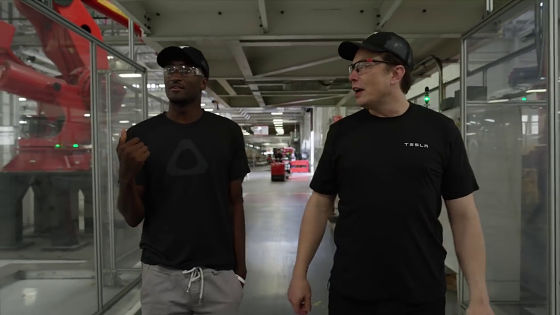 The two people are walking in the place where the line through which the cars under production fold back. At the same time that one robot lifts the car body of the car that came running over the line from the other side, the other robot went to receive it, delivered just above the two people walking, and on the other side line I repeat the task of transferring. By introducing this mechanism, it is possible to provide a passage through which people and transport robots can freely travel between lines. Although it is a Fremont factory that introduced a lot of robots, there still remains a process that must be relied upon by human hands. One example is the "wire harness" process of turning around the car and delivering electricity and signals. Robots are good at doing predetermined tasks, but in order to acquire the ability to judge according to the situation, it is necessary to carry innumerable cameras and sensors and to do learning. However, as human beings are much better at such work, there are as many places where manpower is active even Tesla. 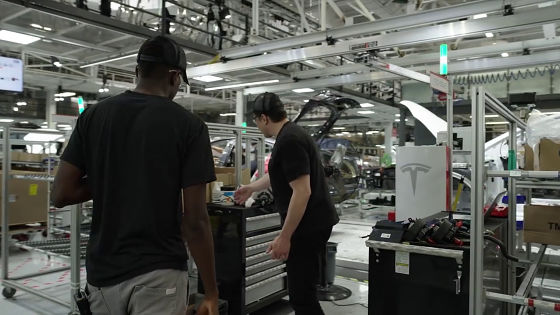 This red robot came to Mr. Mask during the guidance. 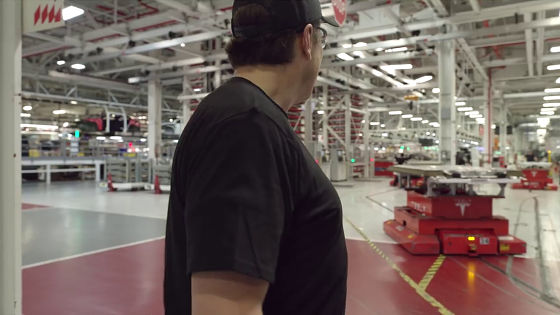 This is a transfer robot that runs automatically along the magnetic tape embedded in the ground and delivers materials necessary for production. Mr. Mask calls this robot "Damn Robot" (robot not smart) "in the opposite sense of" smart robot ". Even without being smart, this robot is equipped with a proximity sensor and stops automatically when people or objects approach. Nevertheless, this type of robot is not limited to Tesla, but it is one that has been introduced in many large factories. 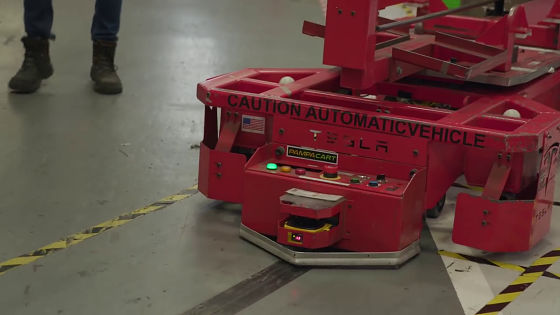 The movement of the robot at the line returning point at the beginning. The robot on this side stretches the arm and takes the car body that has been lifted from the line on the far side .... 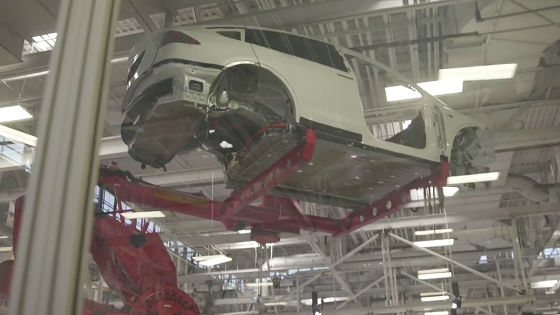 Put it on the line. It seems that this robot continues to bear this work. 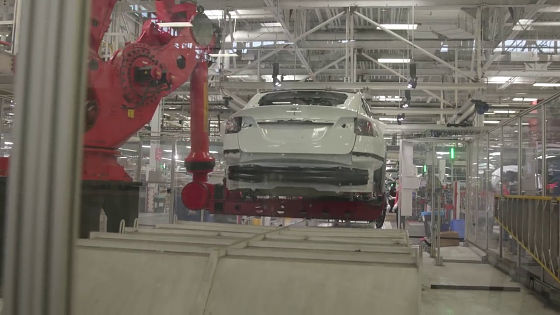 In response to Mr. Brownlee's question, "Does this hand robot purchase general-purpose ones or order specialized items?" Mr. Mask answered "Make general-purpose products and special products in combination". Although a general-purpose robot arm can be used as a basic part, it is necessary to make the table (jig) and sensors etc. that are attached ahead thereof suitable for the use in this factory. While walking while talking about such things, I encountered the previous "robot not smart". "Let's test if it really stops and do not bump," Mr. Mask himself to the experiment table. Safely, the robot saw the danger and stopped automatic and got a story. Here, Mr. Brownlee notices that many of the vehicles produced at this factory are white or silver. Although there are differences by region, the three colors with this white, silver and black added are said to be particularly popular colors, so they seem to occupy most of the production line as well. At the time of the release of Model 3, the "matte collar" of matt specification was announced, apparently this finish seems to have various problems in productivity, durability, repainting in repair, etc. It is not easy to add it to the lineup as. 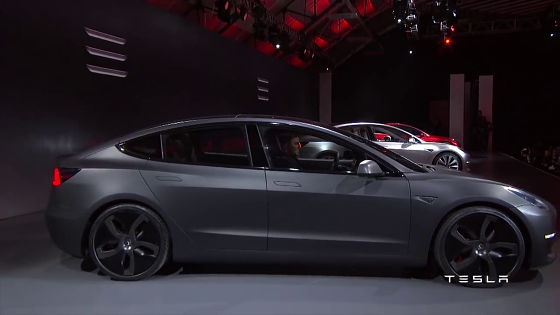 This process attaches one of the most important parts of Tesla's EV, "Lithium-ion battery" under the floor. The battery is assembled by a combination of an automatic robot and a human sense and hand. 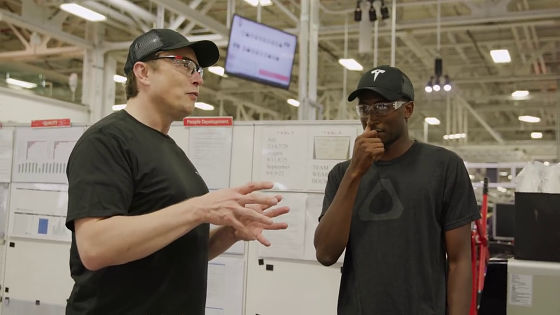 However, it is also reported that Tesla who wants to start rolling back from the delay of production of Model 3, finally getting into orbit and going to the "fantastic strategy" of mass-producing Model 3 by making it with an outdoor tent factory next to the Fremont factory I will. I am interested in how Tesla's situation will continue to change, such as Tesla's annual shareholders' meeting announcing that Mr. Mask was unable to suppress feelings.