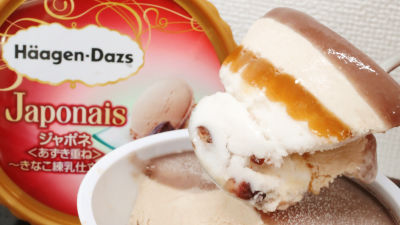 Summer Haagen Dazs " Japonais [Azuki Shigeru ] - Kinako Milk Tailoring " which Haagen Dazs and Seven - Elevens stuck with "taste of authentic Japanese harmony" jointly developed appear from July 3, 2018 (Tue) I will. I tried eating this Japanese-style ice cream because I can enjoy the taste of azuki in various forms by combining sushi made from elegant tasting sushi and azuki, and salt ice made from salt ice cream.

This is "Japonais [Azuki stack] - Kinako condensed tailoring" (360 yen including tax). Haagen-Dazs and Seven-Eleven are the 10th release of the Haagen-Dazs "Japonées" series which we are sticking to "the taste of full-fledged Japanese" and are developing jointly, and it has become an ice cream for Seven Eleven. Contents amount is 107 ml. The type of ice cream part is "ice cream", the ingredients are lined with crepe, cream, defatted condensed milk and so on, the notation of the material is listed in descending order of the weight ratio, so it contains plenty of "Koshian" You can imagine that it is. The type of Solvess part is classified as "Lacto Eis" the second highest after the ratio of milk solids is lowered a little. Raw materials include "Kinako sauce" "Azuki sweet bean", materials used also for Japanese sweets. 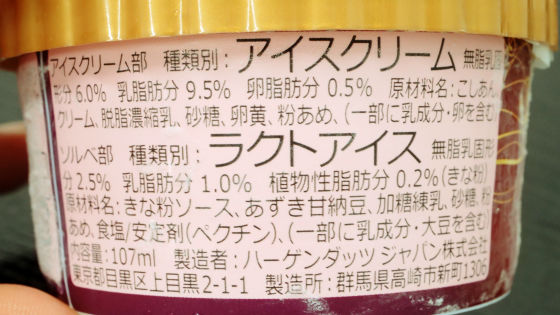 When you remove the lid, there are inner pigs. 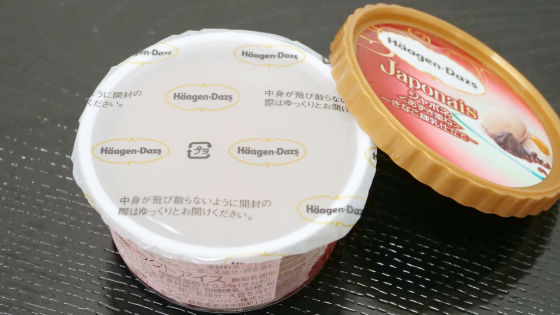 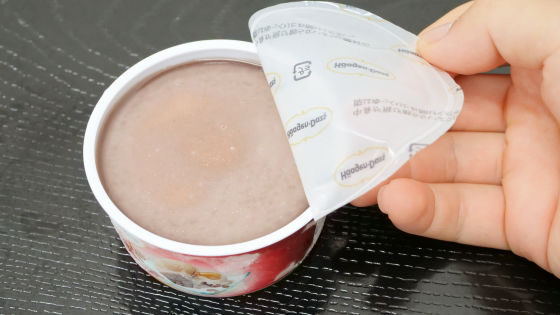 It is clogging up to every corner of the cup to doubt whether ice cream is contained or not. 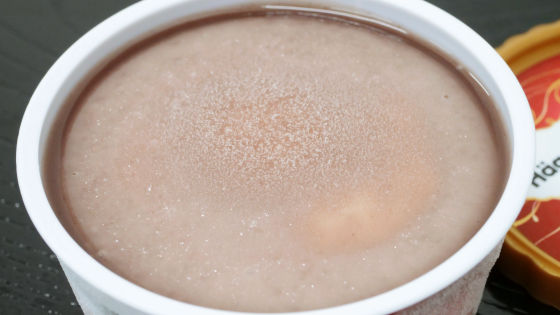 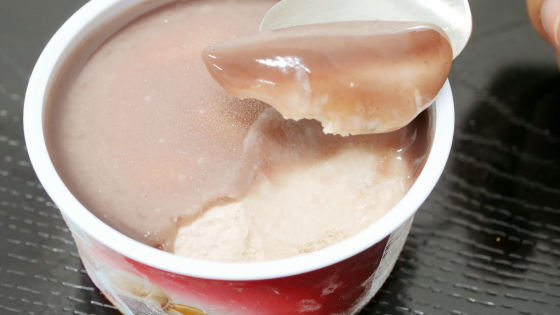 When you eat rice and red bean ice cream together, the flavor of Azuki and the taste of creamy ice cream are combined. Koshian has a flavor of elegant sweetness and azuki with full-fledged finish. Azuki ice cream is modest in sweetness, plus rich and milky not in rugosa. 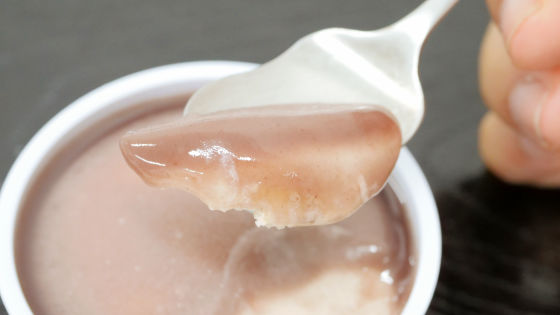 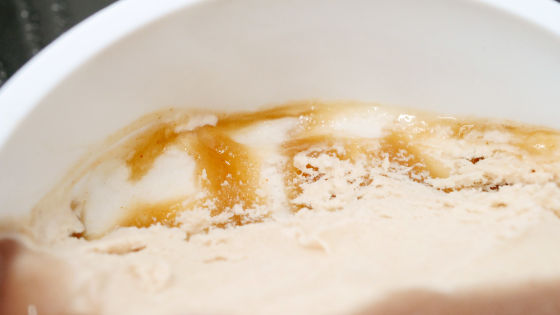 Salted condensed milk Solbe is mixed with granular "Asuki sweet beans". A slightly salty salt sweet azuki sweet bean sweet and salty combination will change the rhythm of the ice cream's taste, the whole of which is sweet and flavored. 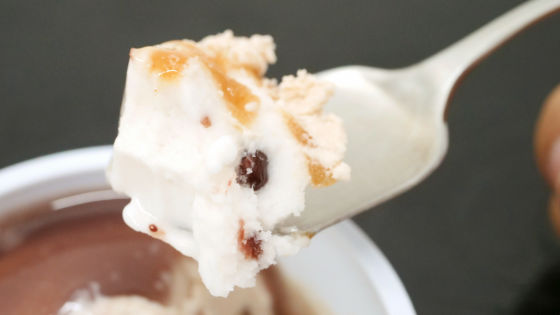 Salt of salt-tanned milk Solbe has a slightly strong presence as it is a single body, so I scooped up whole ice cream with a spoon and felt well-balanced as I eat it with the upper row of red bean ice cream. 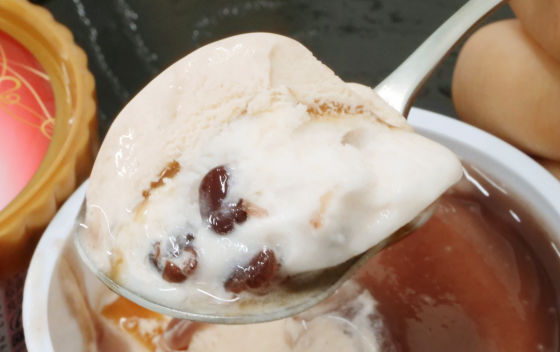