By using two layers of encryption it is better than an application like WhatsApp or LINEHigh securityMessenger application selling things "TelegramTo be deleted from the App StoreRussian Federation Safety AgencyI understood what Apple is asking for. Russia asks Apple to remove Telegram from the App Store - The Verge
https://www.theverge.com/2018/5/29/17406178/russia-telegram-apple-app-store-censorship

Telegram of the messenger application is an application which is gaining popularity due to its simplicity and high security, as of March 2018200 million active users per monthThere is a report that it exists. It means that you can do prompt information exchange and discussionThose who think they are better than emailAs much as possible. It is pointed out that Telegram which can encrypt the contents of the message to be transmitted and received was used for the September 11 terrorist attacks in Paris due to its high confidentiality. Pavel Droff, who developed Telegram on this point, says, "We should not feel guilty about developing applications, we are doing the right thing to protect the privacy of our users While speaking, I am taking the measure to stop the channel related to IS.

A developer of an application that was also used in the September 11 terrorist attack on Paris, "I should not have a guilt feeling" while stopping the IS account - GIGAZINE 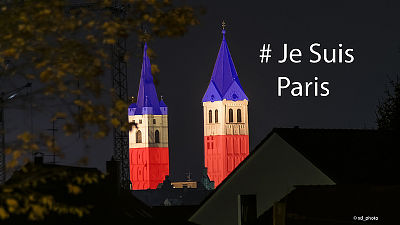 The development base of Telegram is located in Moscow, Russia, and Telegram popularity in Russia is very high. In the past, Telegram was requested access from the Russian Federation Security Agency to the backdoor in the past because it is "used for crime", but he refused. After that, in April 2018 Russia used TelegramBanned nationwideAlthough it has been 6 weeks since the ban, the use of the application is believed to be inhibited only by 15 to 30%.

According to Alexander Zharov of the Federal Communications Commission of the Russian Federation, Russia is sending a legally binding document to Apple and is waiting for a reply. "Since multinational companies such as Apple are office workers, we believe that responses will come within a month," Zharov says, if something is not obtained within a month, thinking of sanctions And it seems. At the time of writing, Apple has not announced any comments.