In response to a bug that the AMD machine will not start up with CPU vulnerability countermeasure patch, Microsoft will stop distributing the update A security update patch has been released from each software to counter the vulnerability "Specter (Specter)" and "Meltdown (Meltdown)" contained in the CPU, but a machine using the old AMD CPU with Windows update There was a continuation of troubles that it does not start. As a result of the flood of complaints from former AMD machine users, Microsoft ceased distributing updates to the target AMD machine.

It is an AMD CPU which is said to be unaffected by meltdown, but since it is affected by vulnerability by Spector, it is necessary to take measures by update through Windows Update. However, by applying the update program to machines that use older AMD CPUs such as Athlon 64 and Sempron, the problem occurs that machines do not start up all over the world. 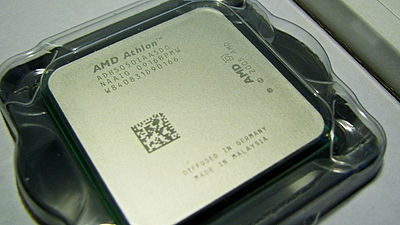 In order to rescue the old AMD CPU user who had only the way to "stop Windows Update as soon as Windows recovers immediately" as a trouble countermeasure that the machine becomes immovable by automatic application of the security countermeasure patch by Windows Update, Microsoft announced that it will stop distributing security updates to the target AMD machine.

The list of update programs stopped delivery is as follows. Users who use some AMD CPUs about ten years ago and who have downloaded the update program are not recommended to install it.

The target AMD CPU where trouble may occur is a concern, but it is not clear at the time of article creation. However, in the Microsoft Forum, CPUs that are reported to be troubled by "KB 4056894" are listed, and CPUs listed in the list or those using the same generation CPUs are better off waiting to apply the above update program That's right.


About the reason why the old AMD CPU caused a non-bootable problem Microsoft says, "Some AMD chipsets have been added to documents previously provided by AMD to Microsoft for vulnerability countermeasures known as Spector and Meltdown It is caused by not being compliant "and it seems there is a problem on the AMD side.The VergeAccording to AMD, it is confirmed that some old CPUs are experiencing problems, and it seems that AMD is working together with Microsoft to minimize the impact. Microsoft says it will work with AMD to solve the problem as soon as possible and to resume distribution of updates.