HDD with capacity 20 TB released by 2019 and Seagate announced HDD announced that Seagate is planning to release HDD with capacity of 20 TB by 2019. Seagate has used a 20 TB HDDCommercialization by 2020I was making plans to do.

Seagate could release the first 20 TB hard drive by 2019
https://www.digitaltrends.com/computing/seagate-20tb-hard-drive-2019/

The HDD that Seagate is planning to appear,Heat assisted magnetic recording(Heat Assisted Magnetic Recording (HAMR)). This is to reduce the energy required for magnetization by heating the recording surface of the platter with a narrowly integrated laser and to dramatically improve the data recording density at the same time. Seageate says it can achieve 30% density improvement every year over the next nine years. The data density at the time of article creation is 2 TB per square inch, which is widely used in recent HDDsPerpendicular magnetic recording systemHas reached twice the density that has been realized.

When it comes to "heating the platter with a laser", there is concern about the problem of fever, but there is no practical problem. Since the surface heated by the laser is cooled in just a few nanoseconds, it is said that heat problems will not occur even in large-scale applications such as server equipment.

The HAMR method is to counter the microwave assisted magnetic recording (MAMR) method announced by Seagete's rival Western Digital (WD). In WD, it is expected that HDD with capacity of 40 TB using MAMR method will appear around 2025, but Seagete will introduce the ultra large capacity model of 40 TB capacity using the HAMR method to the market by 2023 two years earlier than WD I plan to. The competition by two large HDD makers is likely to continue uninterrupted until the early 2020s. 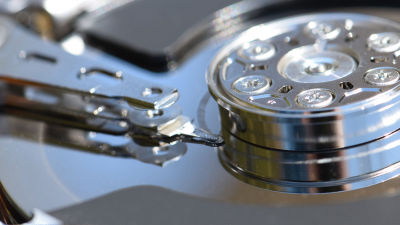 By the way, in terms of large capacity, Seagate announces 60 TB SSD for the data center in 2016. 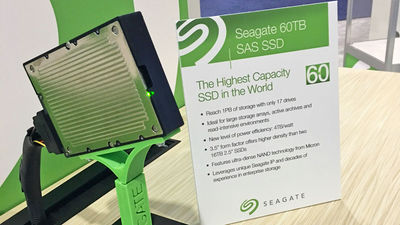