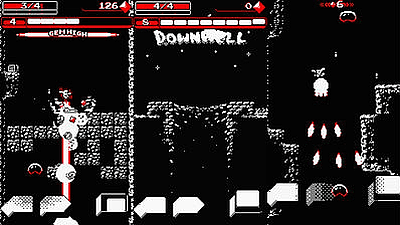 ' Downwell ' is a game that aims to reach the bottom of the well by defeating the enemy while clearing the endless well and clearing the mechanism. Steam version and iOS version was released in October 2015, # 10 in the 2015 game department of App Store

elected . The Android version was released in January 2016, and it was also selected as the best indie game of 2016 on Google Play, so I actually tried playing it.

You can check what kind of game Downwell is from the following movie. It looks like the characters and objects are a bit rough and the graphic settings are wrong, but retro graphics that resemble games of the NES era are one of the selling, so this is the correct answer.

I tried playing the game `` Downwell '' for smartphones-YouTube 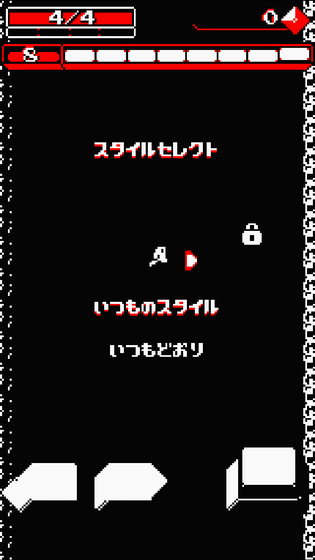 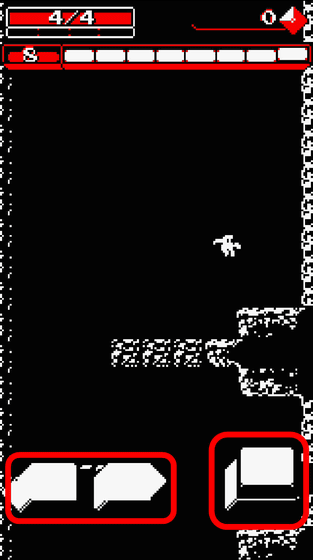 Press the button at the bottom right of the screen while jumping to shoot a shot. 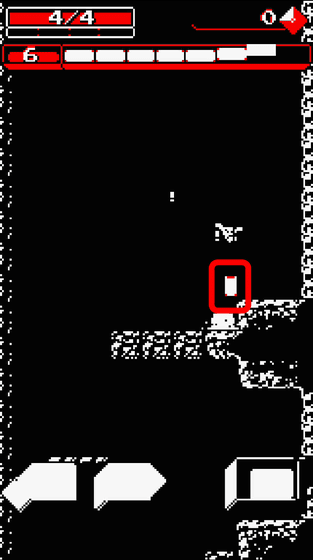 It is ok if you go all the way down using all three of move, jump and shot. 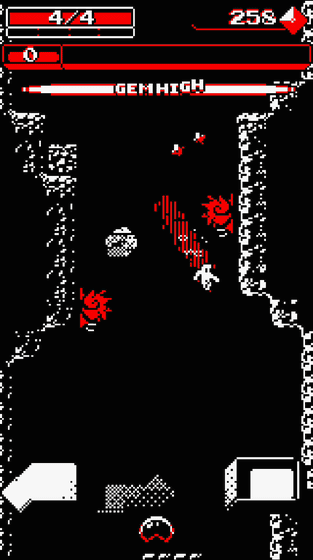 Enemies that block the player's path will also appear. Slightly whitish enemies such as turtles and jellyfish reflected in the screen will die just by jumping and stepping on ... 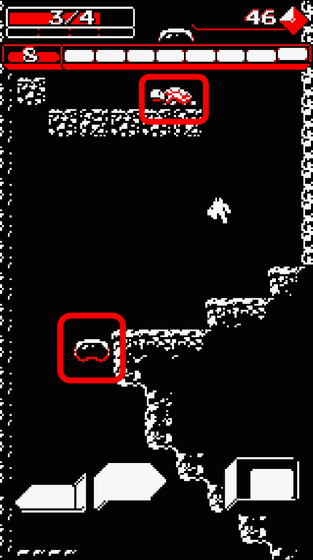 Be careful as enemies with bright red bodies, such as snails on the screen, will damage the player when they step on them. Kill red enemies with shots. 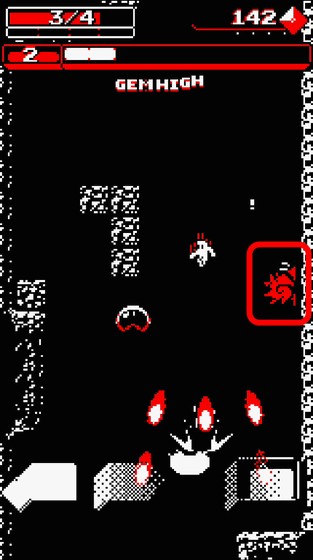 When hitting an enemy, the health displayed on the upper left of the screen is reduced by “-1”. The game is over when the physical strength becomes zero. 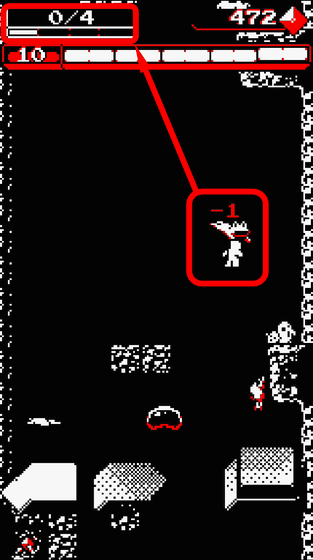 The shot used to defeat the enemy changes when you pick up an item on the stage. 'TRIPLE' that fires three shots in three directions and ... 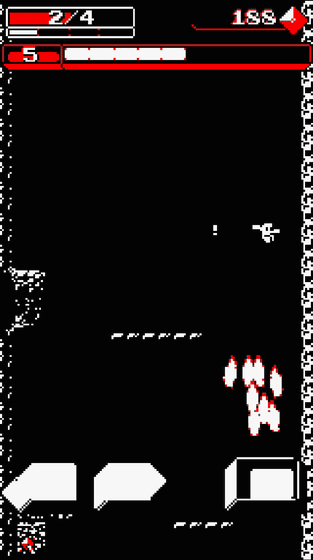 There are a total of seven types of shots, including the 'LASER' that penetrates enemies and obstacles. If you get a powerful shot you can beat the enemy… 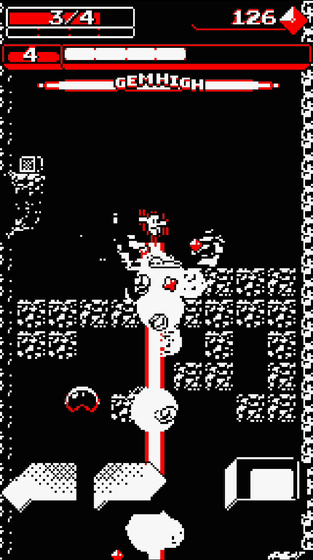 Be careful because shots require batteries. '8' is displayed at the top of the screen, and a meter is displayed on the right. This shows the remaining battery of the weapon used, if you shoot, the amount of battery will decrease as you shoot, and it will be impossible to fire when it reaches zero. However, if you land somewhere on the ground, the battery will recover. In addition, the battery consumption is set for each of a large number of weapons. For example, the initial equipment 'MACHINGUN' is '1'. This means that one shot runs out of one battery. In other words, it is not effective to shoot up if you stop, so you need to think about it and play. 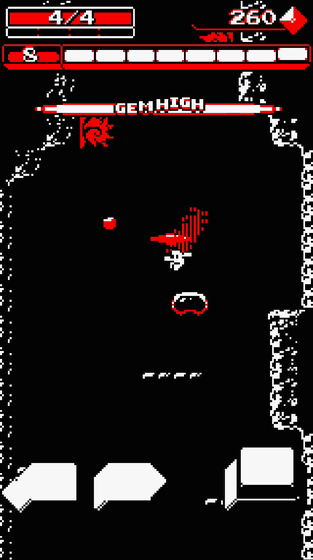 The stage is clear if you can reach the bottom of the well before the physical strength becomes zero. 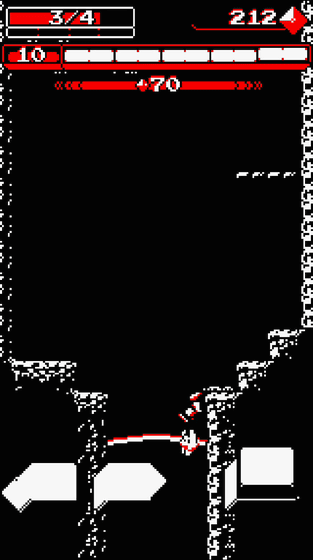 Completing the stage will reward you with one upgrade. Upgrades are random, but when you play for the first time, we recommend recovery-related upgrades, such as a 'fork and knife' that recovers when you eat an enemy corpse, and an 'apple' that recovers four health points. The reason is that Downwell runs out of game when its physical strength reaches zero and cannot play again from where it left off. Physical strength is the most important factor in the progress of the game, so it is better to obtain as much recovery upgrades as possible. 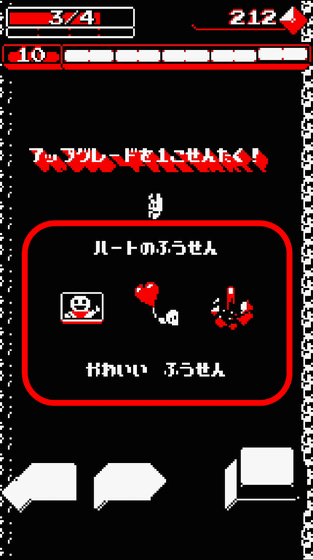 You can get red gems by defeating enemies or breaking obstacles. The acquired gems are added to the upper right corner of the screen, and you can purchase items at shops that appear randomly in the game. 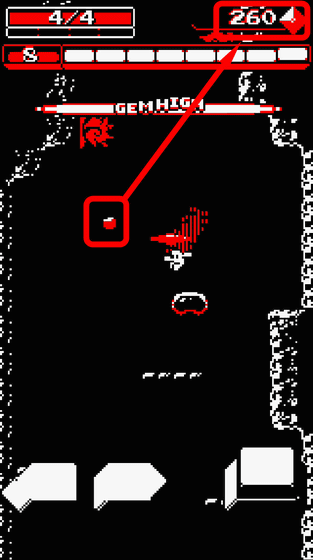 There are three stages in one area, and as the stages progress, the difficulty gets more difficult. In the following play movie, you can check the stage 2-1 play, but it is quite difficult to reach this stage.


The following movie contains 3-1 play. It was very difficult to reach 3-1 and the editorial staff who was playing was excited that it was a miracle.

Challenge Stage 3-1 with `` Downwell '' for smartphones-YouTube


There are four areas in total, and if you clear all stages, you can challenge the boss stage.