The trailer for the movie 'Black Panther / Wakanda Forever', the official sequel to Black Panther, is unveiled for the first time 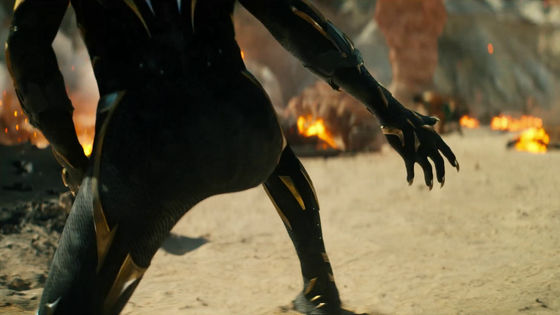 The first trailer of the movie ' Black Panther / Wakanda Forever ', which is a sequel to the movie '

Black Panther ' released in Phase 3 of the Marvel Cinematic Universe (MCU), was held in San Diego, USA 2022 It was published in. 'Black Panther / Wakanda Forever' has also been revealed to be the final Phase 4 of the MCU.

The main casts that appeared in Black Panther, such as Ramonda (act: Angela Bassett), who is also the mother of T'Challa and the queen of Wakanda, will continue to be cast.

The people of Wakanda dressed in pure white costumes and dancing.

A woman who sheds tears at the beach

A pregnant woman with a big belly ...

Birth in the water.

The director will continue to be directed by Ryan Coogler from the previous work.

A glimpse of a man wearing a heroic looking helmet

A ship floating at the venue

Start the investigation with the diving suit.

A small back staring at the situation.

Over time, a man with a big back appears.

'And the whole family is gone.'

, died of colon cancer in August 2020 . At this time, Marvel President Kevin Feige stated that he would not let another actor play Black Panther. Combining the lines of Queen Ramonda and the comments of President Feige, it seems possible that T'Challa in the film also died due to some influence.

'Have you dedicated everything?'

Iron plate hollowed out in a heart shape

A back view that seems to be T'Challa.

Stab something with Mori ...

Namor played by Tenoch Huerta, who stands as an enemy of Wakanda

What on earth are the soldiers of Okoye and Wakanda fighting ...?

And at the end, a black vibranium suit worn by Black Panther is a glimpse