What is Australia's feat that is said to have dramatically reduced shootings? shooting incident occurred at an elementary school in Texas, USA, killing 21 students and teachers. In response to this incident, overseas media Vox's Zack Boshan said, 'It is worth paying attention to the policy taken by Australia in the late 1990s,' Australia's policy to reduce firearm murder by more than 40% in seven years. Is introduced.

On April 28, 1996, a man named Martin Bryant fired a semi-automatic rifle at a cafe in Port Arthur, a tourist destination on Tasmania, Australia. He shot and killed people in the cafe one after another, then changed places and continued firing, eventually killing 35 people. Bryant was subsequently arrested by police and sentenced to 35 life imprisonments without parole. This incident was later called the Port Arthur Incident and became known as a tragic event in Australian history.

John Howard, then Prime Minister of Australia, advocated domestic gun control immediately after the incident. He persuaded both the party and the state to agree to a drastic reform of the national gun control law. A month after the incident, a national firearms agreement was drafted, imposing a registration obligation on all guns owned in the country, requiring a permit or license to purchase all new firearms, and for carrying firearms. Needed to prove a 'real reason' that does not include self-defense.

Boshan points out that one of Australia's most important agreements is 'a total ban on the possession of certain types of guns, such as automatic rifles and shotguns.'

Australia enforces compulsory 'purchase' of certain guns owned by the people, in addition to regulations such as registration obligations and licensed mobile phones. Instead of collecting the guns that were illegal under the above agreement from the public, we responded by paying a fair price. Also, the person who handed over the gun, which was already illegal, was given a legal amnesty not to punish him for possession, although no compensation was given.

Despite concerns that such forced purchases could cause public backlash, Howard delivered a speech in bulletproof vests in front of people who appealed against gun control. Fortunately, there was no violence. The purchase peacefully seized about 650,000 legally owned guns and then destroyed them by the government. According to one study, this number represents about 20% of all privately owned guns in Australia at the time. However, when a meta-analysis was conducted by the RAND Corporation of think tanks in 2021, it was found that it was extremely difficult to identify that the regulations contributed to the reduction of gun violence. No significant evidence was found that regulation had a significant impact, especially in murder cases. Still, Rand Corporation wrote that 'the strongest evidence is consistent with the allegations that regulations have led to a reduction in firearm suicides, mass murders and female murder victims.'

Boshan develops his theory about this description. First, suicide is often an impulsive choice, often not repeated once attempted. Because guns are designed specifically for murder, attempted suicide with a razor or pill is easier to succeed than attempted suicide with a gun. As a result, restricting access to guns increases the likelihood that each attempt will fail, and as a result, people will survive and will not attempt to hurt themselves again, Boshan points out.

Regarding the reduction of female victims, 'Women are unreasonably more likely to be killed by their male partners as part of domestic violence. Perpetrators who have access to murder-specific weapons are more likely than otherwise. Is likely to kill a partner, 'says Boshan.

Mass shootings are also extremely rare cases carried out by some individuals, and Boshan points out that reducing the availability of guns can reduce the occurrence of the incident. A 2018 study showed that there were 13 shootings in Australia that killed more than five people in the 18 years before the Port Arthur incident, but have dropped to one after the incident. 'Because of the many cultural and political differences, Australian lessons do not always apply to the United States, but when considering gun violence and how to curb it, Boshan said. , Australia's gun regulations and regulatory changes are likely to be noteworthy. ' 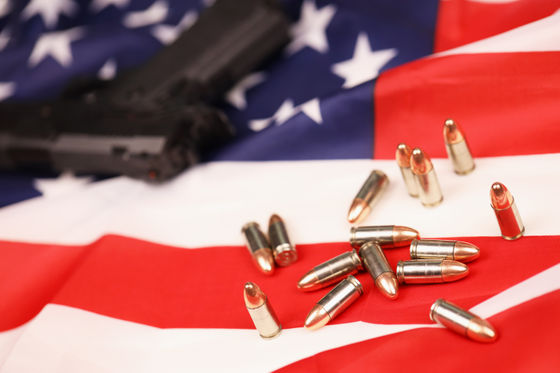