Due to the influence of the new coronavirus, the United States will celebrate 'March where students do not cause shootings at school' for the first time in 18 years 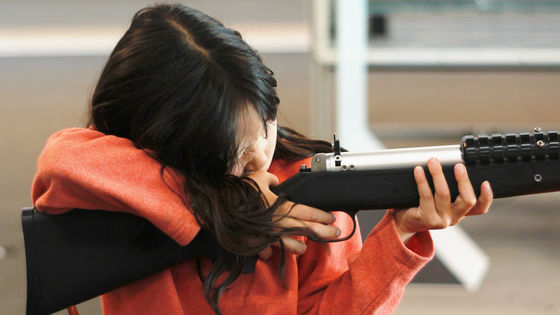 In the United States where ordinary people are allowed to carry guns, there are many cases where students shoot guns at schools in some places, and some local governments carry out strict property checks by police officers stationed at the schools. Especially in the beginning of the new semester every year in March, it is said that there is a tendency for shooting incidents at school, but `` March 2020 is March when there was no shooting incident at school for the first time in 18 years. It was reported.

March 2020 was the first March without a school shooting in the US since 2002-CBS News
https://www.cbsnews.com/news/coronavirus-first-march-without-school-shooting-since-2002-united-states/

According to a paper published in 2018, firearms are the second leading cause of death among young Americans after a car accident. According to (PDF) data from the National School Safety Center, an organization that deals with school security issues in the United States, a 15-year-old boy at the Lauderdale Country School, Mississippi, played a handgun in a locker room on March 5, 2003. Every March since the incident of shooting, students have been shooting guns at school.

Last month was the first March without a school shooting in the United States since 2002.

According to Everytown for Gun Safety , a group that tracks gun violence in the United States, there were a total of seven shootings on campus in March 2020. Of these, four were due to 'misfire', one was 'shot between adults in a high school soccer field' and two were not due to students. As a result, CBS News argued, 'In March 2020, there was never a single' student shooting a gun at a school campus 'for the first time in 18 years.'

Regarding the reason why the school shooting incident did not occur in March 2020, CBS News believes that 'schools across the United States were closed from the beginning of March 2020 and moved to home study and online lessons'.

On the other hand, the American Rifle Association has announced that the number of people running to buy guns and ammunition is rapidly increasing in the United States due to anxiety due to the new coronavirus infection (COVID-19). 'Not only do students face the danger of COVID-19, but they are also more likely to be involved in shootings when they return to school,' CBS News said. `` The gun remains when the COVID-19 pandemic converges and leaves us at a physical distance away from us, '' said Igor Volsky, executive director of Guns Down America, a gun scrutiny group. Perhaps there will be more shootings at schools, homes, workplaces, and concert venues, 'he said.

When this pandemic ends and we emerge from this physical distancing reality, the guns will remain. Will there be increased mass shootings, school shootings, shootings at home, at work, at concerts?