What is the bias hidden in the research that 'contact with nature improves mental health'? 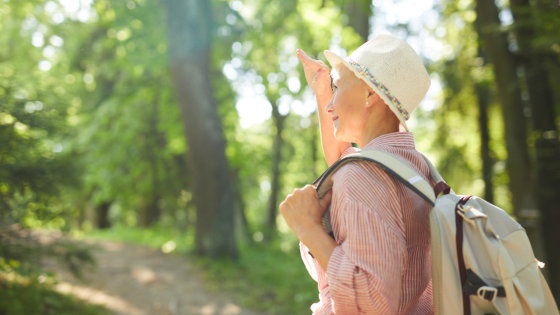 claim that 'contact with nature improves mental health' is supported by numerous studies , it is not universal for nature to improve mental health due to the bias hidden in major studies over the last decade. The possibilities have surfaced.

According to the World Bank classification, of the 217 countries and regions for which the index is calculated, 80 are included in the 'high-income countries', 55 are the 'higher middle-income countries', and 'lower middle-income countries'. There are 55 countries and 27 'low-income countries'. The proportion of high-income nations is not large in the world as a whole, but most of the research on nature and mental health is done only in high-income nations. Rachelle Gould, co-author of the paper and assistant professor of environmental studies at the University of Vermont, said: '(These studies) do not include a large proportion of humanity, what is universal and what is special. I don't know. I believe this gap will be an obstacle to the impact of research results on the world and the improvement of human well-being in a sustainable way. ' Many of the high-income countries in which the research was conducted are consistent with Western countries, and many non-Western countries, such as China, South Korea, Singapore, Israel, and South Africa, have permeated the values and lifestyles of Western countries. That. Also, it seems that research conducted in places like China tended to be conducted in urban areas with little nature, rather than in rural areas surrounded by nature. In addition, only 62% of the studies reported the racial statistics of the subjects, and studies that know the race of the subjects show that the proportion of Caucasians is higher than the national statistics.

In recent years, it has become a problem in psychology research that many researchers are targeting 'Westerners and people who live in wealthy, well-educated, and stable democracies.' These groups are the most accessible to psychologists, and at the same time, the scholarship of 'psychology,' which focuses on the individual mind in the first place, is in line with the Western spirit. Therefore, the results of psychological research conducted on people in Western countries may not be universally applicable to the world's population.

Carlos Andres Gallegos-Riofrío, co-author of the paper and postdoctoral fellow at the University of Vermont, said, 'These studies are done in relatively large, globalized cities.' It reproduces the formula of the study done in. There is no cultural nuance or diversity. '

studies have shown that black Americans are less likely to engage in recreational activities that come into contact with nature, a characteristic that may be attributed to years of discrimination.

Indigenous peoples also have completely different views of nature from Western values, but most studies do not include indigenous subjects, and two studies were conducted in Canada and New Zealand. Only less than 10% of the subjects were. For example, indigenous peoples around the Andes in South America defend the ' natural right ' that recognizes the legal personality of nature and rivers, and have a different view of nature from Western countries. Also, according to Gallegos-Riofrío, the Quechua language used by Native Americans does not have the words 'I' and 'us', which indicates that Western assessment tools for mental illness are useless. It seems that it is.

The research team can solve these problems by 'reaching people who were not previously included in the subject,' 'recording the ethnicity of the subject,' and 'measuring mental health and connections with nature.' Create culturally friendly tools and designs. ' 'These are really important. I feel something really powerful when I'm in nature. Let's be able to understand in every way what it is.'