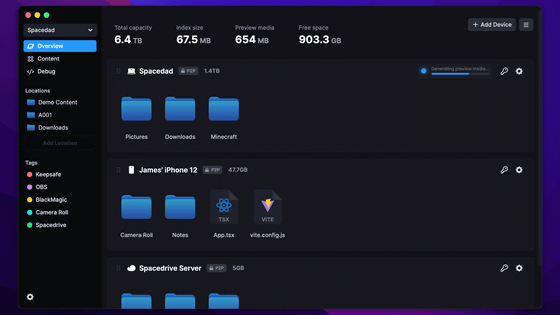 Spacedrive is a file manager that allows you to combine files from multiple devices, drives, and cloud services into a single database to organize and explore from any device. Spacedrive is open source and has a repository on GitHub.

Spacedrive — A file manager from the future. 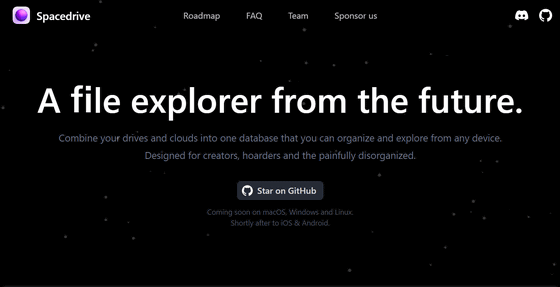 Many people have multiple cloud accounts, but also HDDs and SSDs that store data locally. However, if you do not back up local drive, there is a risk of data loss, cloud services such as Google Drive and iCloud have limited capacity, and there is almost no interoperability between services, so it is easy to use. Is not so good.

Spacedrive features a Rust-coded (PDF file) Virtual Distributed File System (VDFS) , 'Files should not be tied to the device ecosystem or collected for advertising data.' 'Files should be OS. It is a file manager developed in open source based on the idea that 'it should be privately owned permanently without depending on'.

Spacedrive is under development, and the following three functions have been completed at the time of article creation.

And the following two functions are under development. 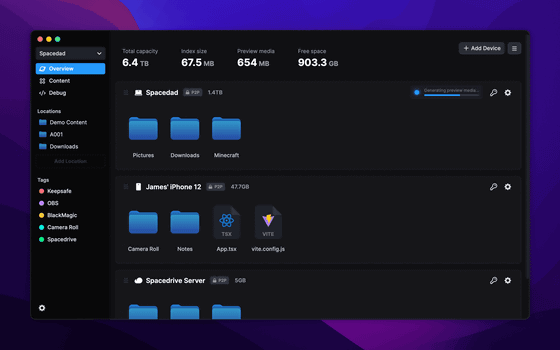 The functions to be developed are as follows.

Spacedrive is scheduled to be released for macOS, Windows, and Linux 'soon', and iOS and Android versions will be released shortly before that.