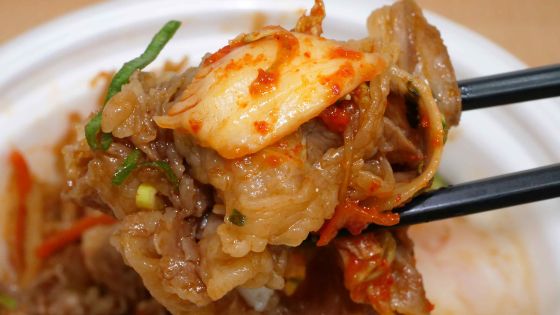 ' Beef Bibin Bowl ' and ' Pig Bibin Bowl ' that bring out the umami of meat with kimchi and gochujang will appear in Matsuya from April 19, 2022 (Tuesday). It is said that the taste of Bibin Don, which has been

renewed repeatedly since its first appearance in 2004, has been brushed up, so I actually tried it to see what it tasted like.

Arrived at Matsuya. At the entrance of the store, the beef bibin bowl and pork bibin bowl that you are looking for are appealing with banners and posters. This time, I ordered a beef bibin bowl and a pork bibin bowl as a takeaway and brought them home. 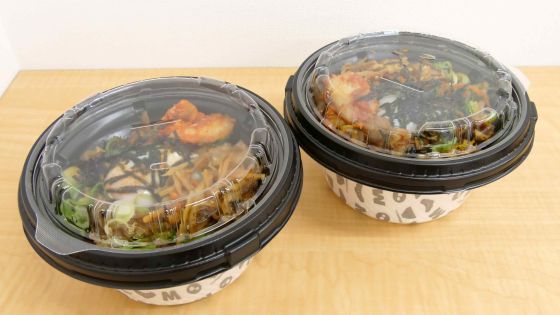 First of all, I will try beef bibin bowl. The take-out container had a two-tiered structure, with rice in the lower tier and ingredients in the upper tier. 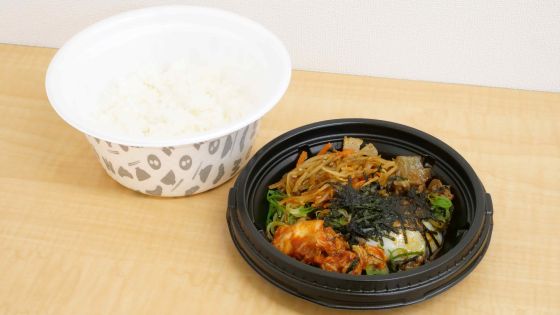 In addition to beef, the ingredients include kimchi, soft-boiled eggs, green onions, kinpira burdock, and seaweed. Move the ingredients over the rice, being careful not to break the soft-boiled egg. 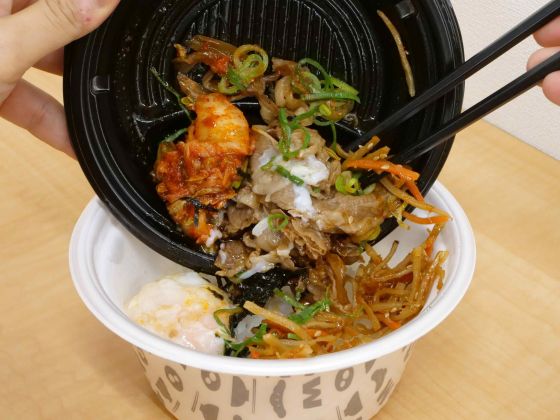 When I try to eat it, the beef is rich in fat and the sweetness of the beef and the spicy kimchi go perfectly together. It is also good to enjoy different textures such as kimchi's crispy texture and kinpira burdock's polypoly texture depending on where you eat. However, the taste of beef was unexpectedly light and it was defeated by the taste of kimchi, and I felt that kimchi was the main bowl. 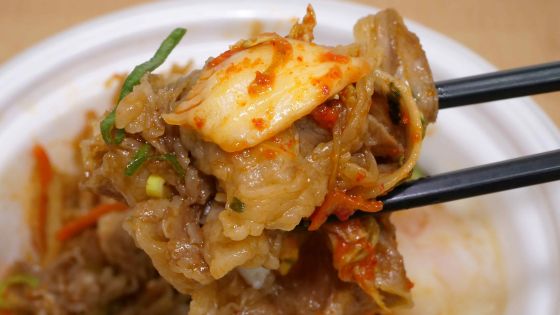 If you break the soft-boiled egg on the way, it will change to a mild taste as a whole. With various textures and taste-changing factors, I was able to eat until the end without getting tired. 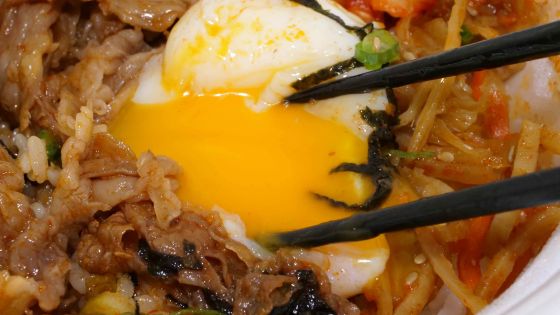 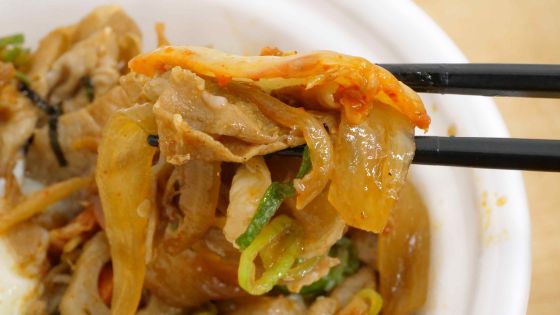