Amazon earns 10 trillion yen in sales only from 'marketplace commissions' 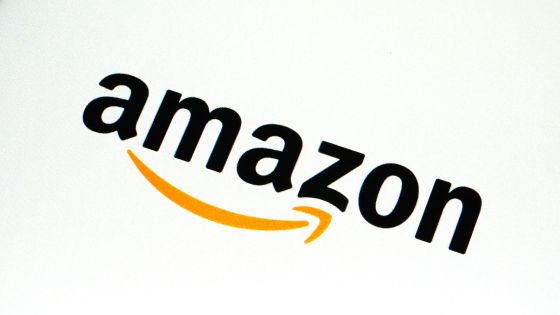 Amazon develops a service called Amazon Marketplace that allows third-party retailers to buy and sell products on Amazon's pages, and collects commissions from retailers. The Institute for Local Self-Reliance (ILSR) , a non-profit organization, collectively publishes the revenue earned by Amazon from this fee. Data released in 2020 reveal that 63% of Americans are the first to use Amazon's search capabilities when 'buying something online.' In addition, a 2019 survey found that more than 70% of transactions were made through Amazon in 17 of the 23 major product categories. From these things, ILSR says, 'The current situation where Amazon dominates the online retail market means that SMEs have no choice but to rely on Amazon to reach consumers. We use it to impose high fees on third-party sellers, 'he said, publishing his own Amazon Marketplace revenue report. 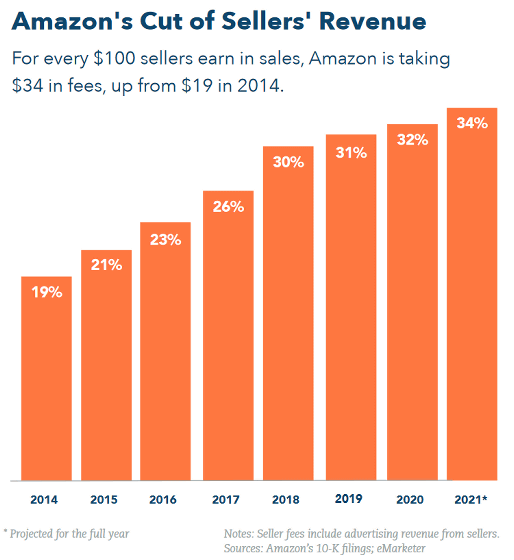 And the graph below is a graph comparing the revenue from the Amazon Marketplace fee (orange) and the revenue from Amazon's cloud computing service 'Amazon Web Services (AWS)' (blue). AWS has the largest share of the cloud computing industry, but as part of 2014, we can see that commission revenue is higher. Looking at the revenue in detail, it is said that in 2020, it was earning 90 billion dollars (about 10 trillion yen) from commissions, and if Amazon Marketplace was an independent company, the total revenue ranking of American companies ILSR claims that it was profitable enough to rank 31st in the 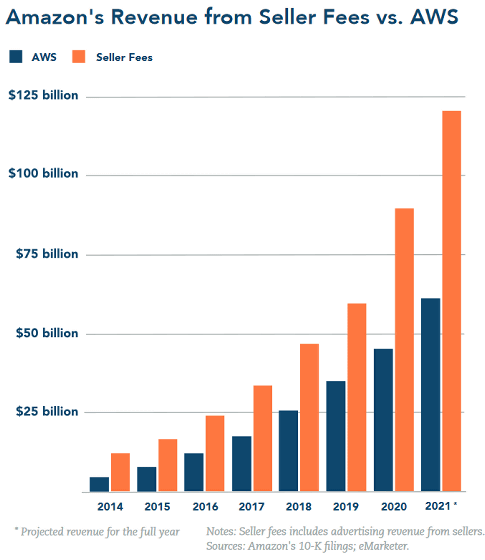 At the end of the report, ILSR said, 'To prevent Amazon from using marketplace revenue to grow its advantage, policy makers need to target Amazon directly.' 'Amazon's marketplace and retail divisions, If we could separate the AWS division and others into independent companies, Amazon would be forced to participate in the competition, reducing retail fees and paving the way for fair competition with other shopping sites. ' , Seeking restrictions on Amazon.