Pointed out that Amazon has more revenue sources than AWS, which is known for its high profitability 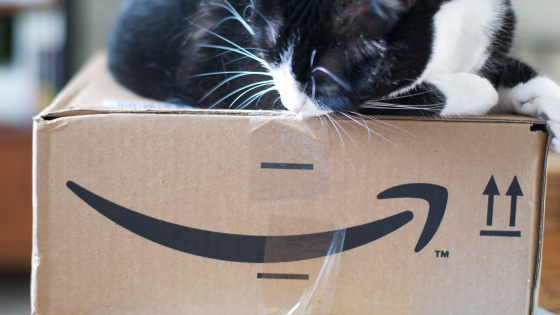 2020 full-year of Amazon's sales of 386 billion 60 million US dollars (about 42 trillion 160 billion yen), the of which 12% is Amazon Web Services (AWS) accounts , AWS has been known height of its profitability I am. However, consultant Benedict Evans points out that Amazon may have 'hidden, profitable sources of revenue' beyond AWS. 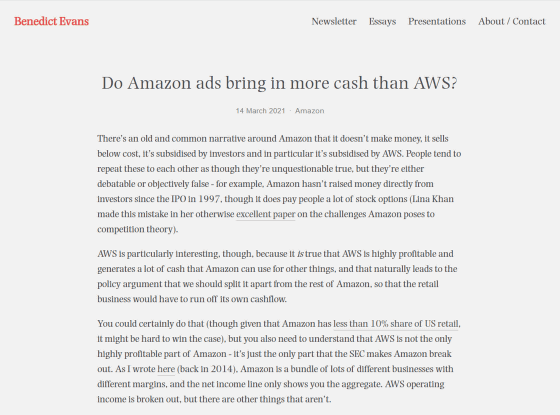 Amazon first published its AWS business balance in 2015, demonstrating its high profitability. The revenue generated from AWS has helped Amazon's other business operations, allowing us to continue our business even if we continue to run a deficit in cash flow.

Meanwhile, Evans points out that AWS may not be the only profitable company on Amazon. Amazon publishes the balance of AWS on its own, but in other categories, it reports the profits of different businesses with different profit margins in one, so 'highly profitable businesses' is listed in the table. It is possible that it will not come out.

Evans noticed that the businesses that Amazon reports as 'other' have grown significantly over the last few years. At the heart of this other category is 'advertising,' with revenues of $ 20 billion in 2020. 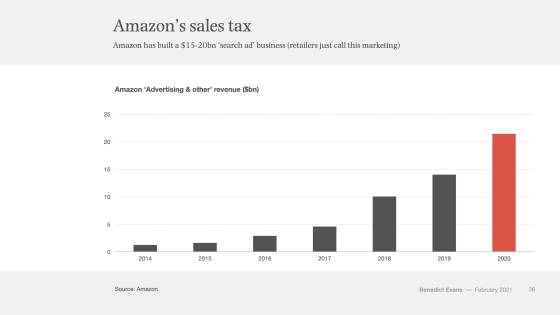 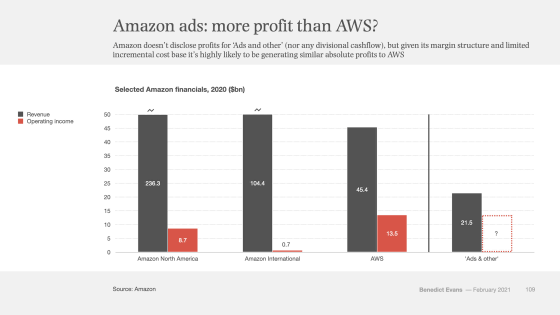 Of course, the numbers above are just Evans' guesses. On the other hand, Evans says it's 'interesting' that only 40% of Amazon.com's sales come from e-commerce, much of which comes from advertising. Amazon has been investigated for antitrust violations that it 'unfairly induces users to its products ', but Amazon's counterargument to this is that 'marketplaces that are not our products are more profitable' That is. This is supported by the fact that advertising revenue is higher than e-commerce, which is reportedly making it difficult for the EU to sue Amazon for antitrust violations.