Intel held an online event ' Intel Architecture Day 2021 ' on Thursday, August 19, 2021. Among the events, details of the next-generation processor '

Alder Lake ', details of the GPU scheduled to appear from the GPU brand 'Intel Arc ' announced on August 16, 2021, game image quality improvement technology 'XeSS', etc. It has been announced.

◆ Next-generation processor 'Alder Lake'
Alder Lake generation processors are equipped with two types of CPU architectures: 'Efficient-core ', which specializes in power saving, and 'Performance-core ', which specializes in computing performance. Efficient-core is said to demonstrate 40% higher single thread performance with the same power consumption compared to the architecture of 'Skylake' that appeared in 2015. Furthermore, when 4 cores of Efficient-core are used, the performance is 80% higher with the same power consumption as the Skylake core with 2 cores and 4 threads. Performance-core was developed with data center and machine learning applications in mind, and is equipped with dedicated hardware including

the extended instruction set 'Advanced Matrix Extensions (AMX)' for AI. Intel is appealing that this will improve AI-related calculation efficiency by about 8 times compared to conventional CPUs equipped with ' VNNI'. 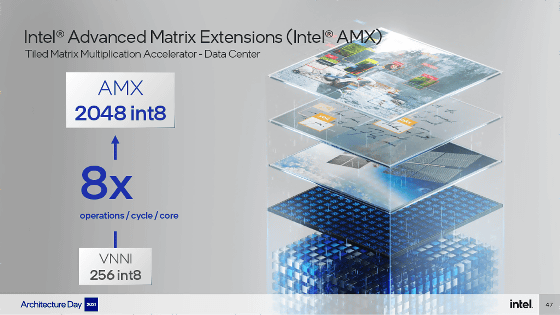 Alder Lake is equipped with the performance efficiency function ' Intel Thread Director ', 'Programs that require high performance and AI-related calculations are executed with Performance-core' 'Programs running in the background are Efficient-core' The appropriate core thread is selected according to the calculation to be performed, such as 'Run with'. 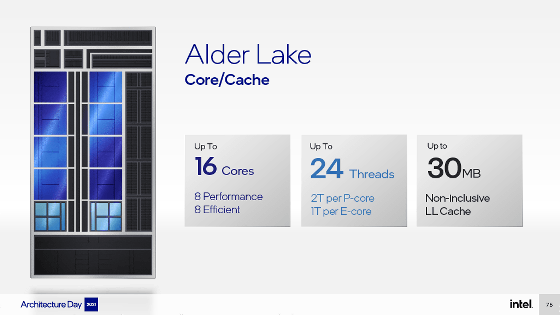 The 11th generation Core processor had 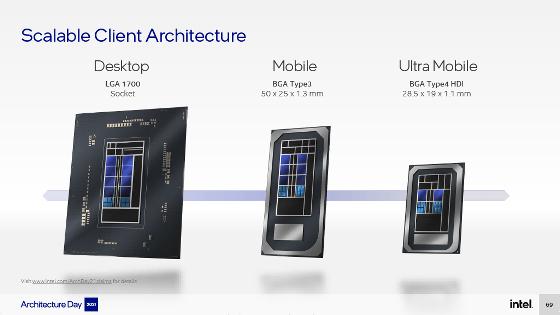 Products using Alder Lake will be available in 2021. 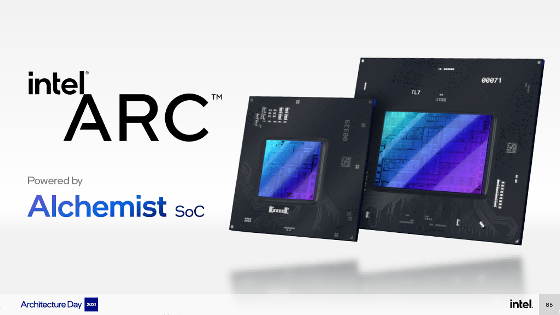 NVIDIA's 'DLSS ' and AMD's ' FidelityFX Super Resolution (FSR)' It was announced that it will support ' Xe Super Sampling (XeSS)'. XeSS is a technology that enables high-quality rendering of games while keeping the required calculation processing small by learning the output image of the game in advance, and 4K video with the same load as rendering 1080p video. High-quality rendering close to is possible. 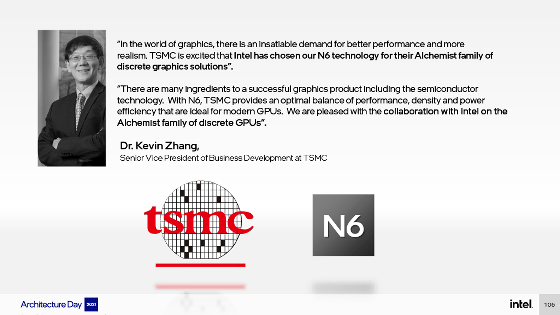 Furthermore, it has been revealed that architectures with code names such as 'Battlemage', 'Celestial', and 'Druid' will be developed after Alchemist. 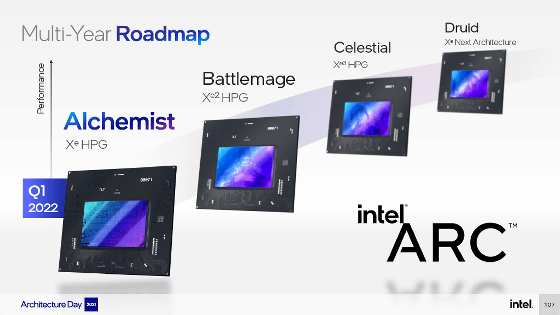 Intel said of Ponte Vecchio: 'Intel is the most complex SoC Intel has ever developed, taking full advantage of

state-of-the-art semiconductor processors, innovative EMIB technology , and Foveros 3D packaging. It is a product that symbolizes Intel's IDM 2.0 strategy. ' In addition, the performance improvement graph of Intel (blue) and NVIDIA (green) chips for HPC is shown to emphasize the dramatic performance improvement of Ponte Vecchio. 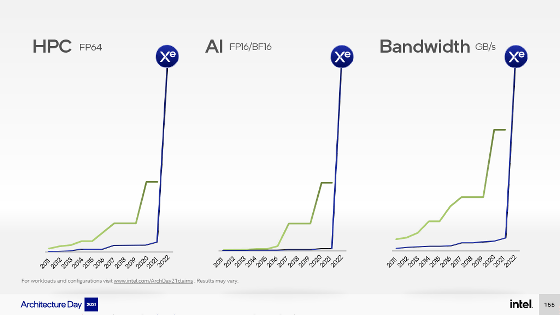