What is the unknown process that led to Google getting Android? 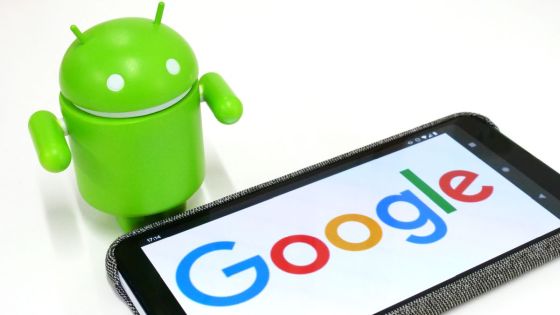 Chet Hase, who has been involved in Android development for many years, explains how this Android company was acquired by Google.

Excerpt: How Google bought Android—according to folks in the room | Ars Technica
https://arstechnica.com/information-technology/2021/08/excerpt-the-history-of-android-as-written-by-a-longtime-android-developer/

Development of Android began as an OS for digital cameras, and the policy was changed to an OS for mobile phones during the development process. According to Hase, six months before Android was acquired by Google, Android wasn't even complete with a demo version. At that time, Android needed funding from investors, so the demo version was developed at a rapid pace, led by Andy McFadden, a new member of the Android development team. The demo version developed at this time included an app that displays hard-coded stock prices and a calendar app, and implemented only limited functions that provided an overview of Android.

Using this demo version, Android has called on investors to fund it. In the slide below, which was actually used for the presentation to investors, 178 million PCs were shipped in 2004, and 675 million mobile phones, which exceeds PCs, were shipped. It is appealing. In addition, it is stated that mobile phones shipped in 2004 are equipped with memory and CPU with performance comparable to that of PCs shipped in 1998. 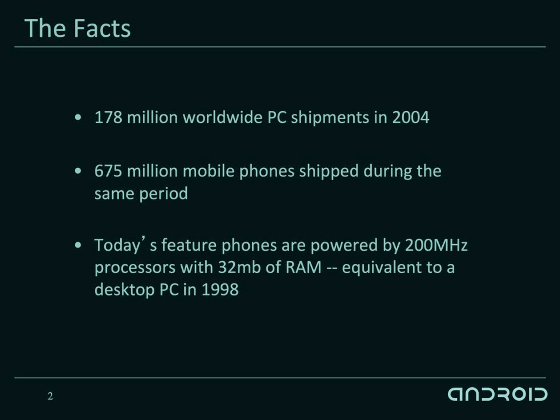 At the time of the presentation in 2005, Microsoft's ' 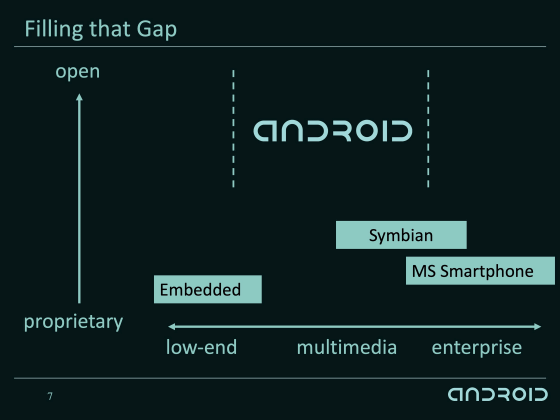 Instead of asking mobile phone makers for license fees, Android

has devised a business model that requires carriers to charge license fees when deploying services for Android devices. 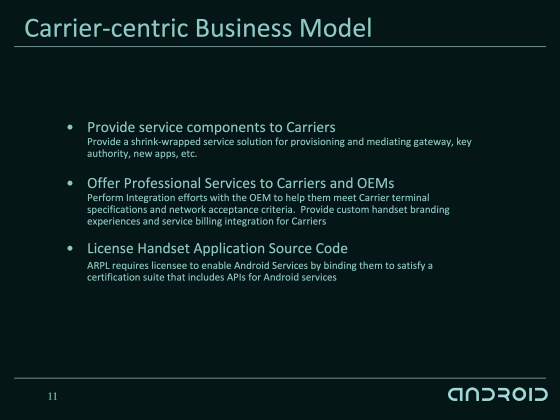 There were multiple meetings between Android and Google, and at the third meeting, Google said, 'If Google acquires Android, Android will be able to earn money from advertising revenue from Google search, thereby becoming a telecommunications carrier. The license fee can also be free, 'he insisted and proposed the acquisition of Android.

Android has accepted this proposal and since July 11, 2005, Android has become part of Google. Then, in September 2008, the world's first Android-equipped smartphone ' G1 ' appeared, and in 2011, it overtook iOS to become the most used OS for mobile terminals in the world.