Qualcomm to release the first original smartphone in Japan, with Snapdragon 888 and the latest technology, the price is 164,880 yen including tax 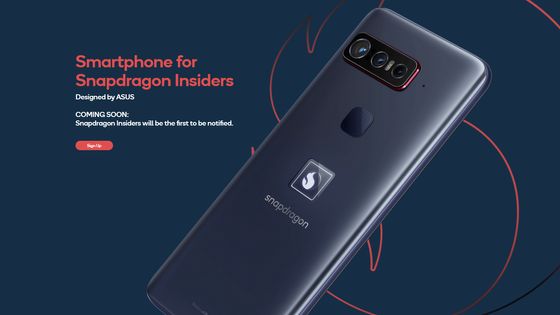 Qualcomm's $ 1,500 smartphone is for its biggest fans with more money than sense --The Verge
https://www.theverge.com/2021/7/8/22568641/qualcomm-asus-smartphone-snapdragon-insiders-technology

Below is a movie produced by Qualcomm to promote 'Smartphone for Snapdragon Insiders'.


This is 'Smartphone for Snapdragon Insiders'. There is a Snapdragon logo on the back. 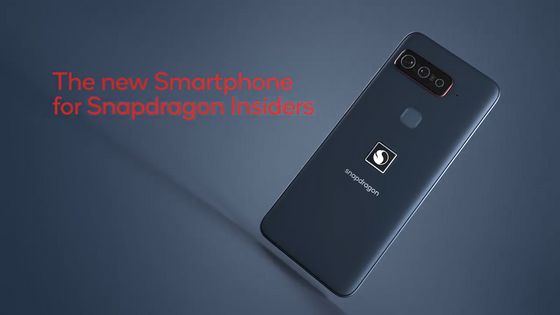 The device itself is designed by ASUS and the OS is Android 11. 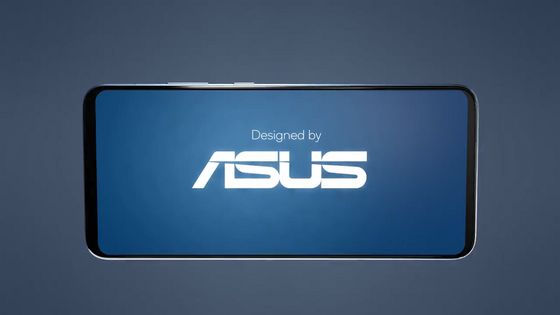 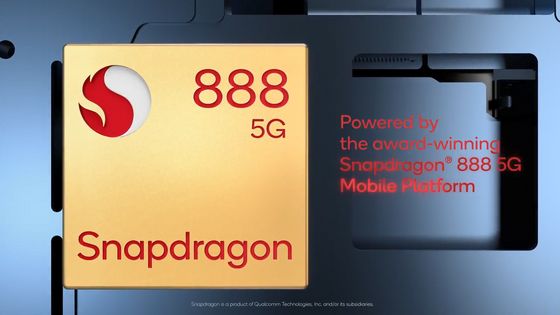 High-speed communication by 5G is possible. 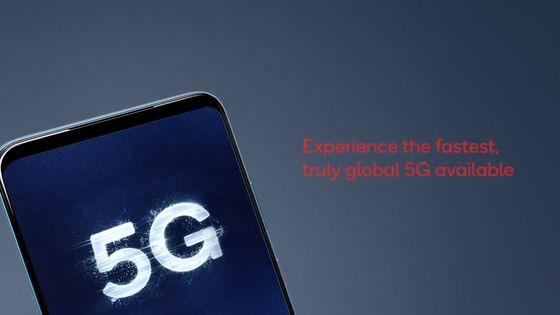 In addition, it is said that it is equipped with a mobile communication chip ' FastConnect 6900 ', and it is compatible with 'Wi-Fi 6' and its extended version, the new standard ' Wi-Fi 6E ', as well as the latest It also supports 'Bluetooth 5.2'. 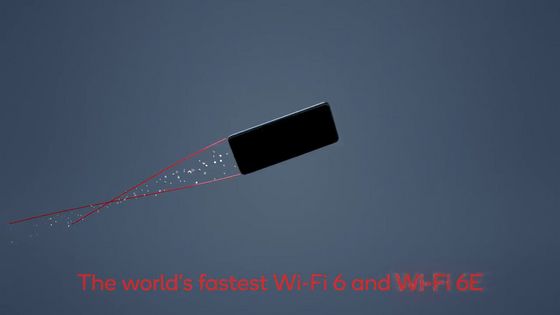 'Smartphone for Snapdragon Insiders' is compatible with the brand 'Qualcomm Snapdragon Elite Gaming' advocated by Qualcomm, which provides functions similar to desktop PCs even on mobile terminals. The display is a 144Hz organic EL display made by Samsung, and the cover glass is

Gorilla Glass Victus made by Corning. 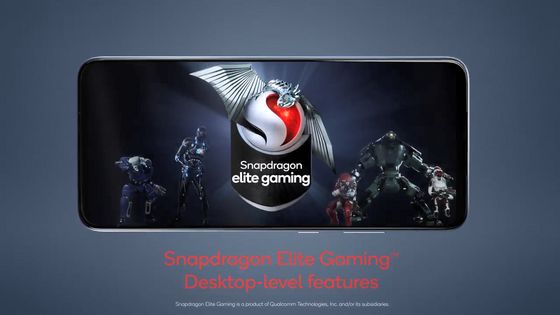 There are three cameras on the back, a main camera using Sony IMX686, which boasts 64 million pixels for the image sensor, an ultra-wide-angle camera using 12.2 million pixels Sony IMX363, and 8 million pixels with 3x optical zoom. A telephoto camera configuration. In addition, a 24-megapixel front camera is mounted on the front. 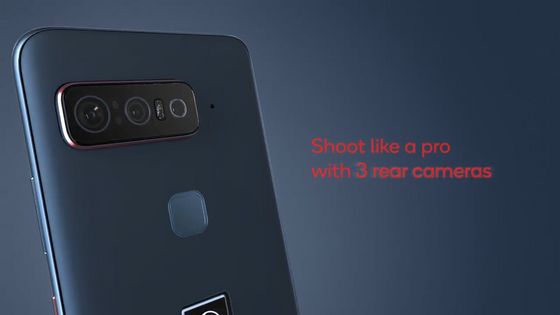 It is equipped with an auto-zoom function that uses AI, and it seems that you can take professional-quality photos and videos. 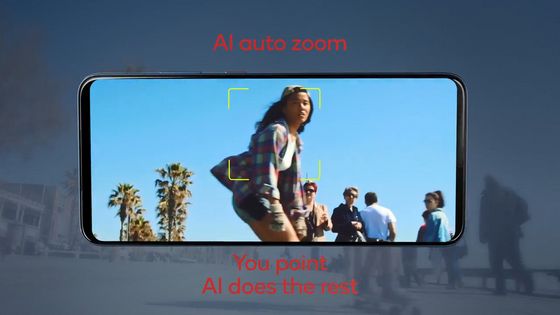 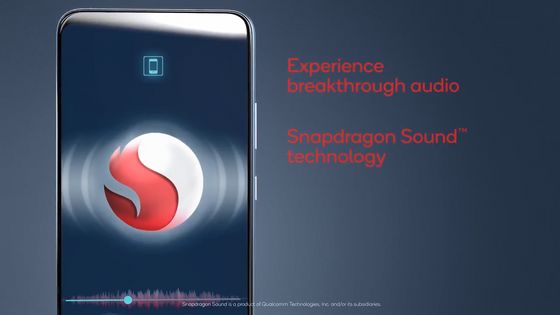 Hi-Fi sound quality of up to 24bit / 96kHz can be provided wirelessly, and in order to bring out the performance of Snapdragon Sound with

the latency during playback on Bluetooth devices suppressed to 89ms, Master & Dynamic wireless earphones are also included. thing. Foreign media The Verge points out that the earphones look like a 'MW08' with the Snapdragon logo. There is no headphone jack. 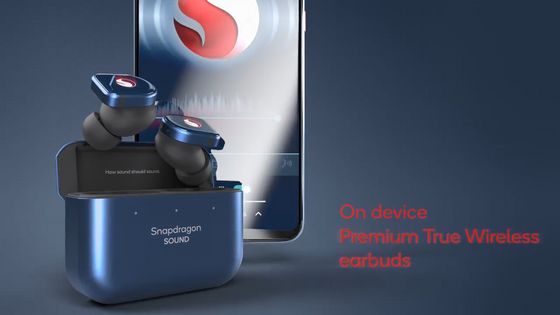 The capacity of the battery is 4000mAh, and it is said that it corresponds to 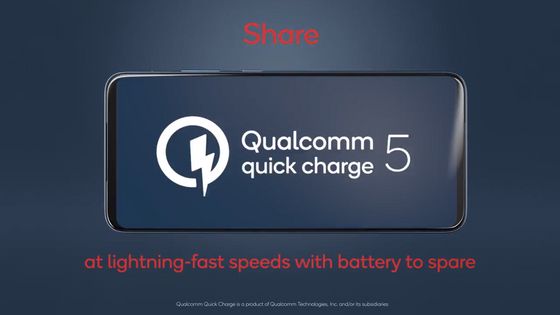 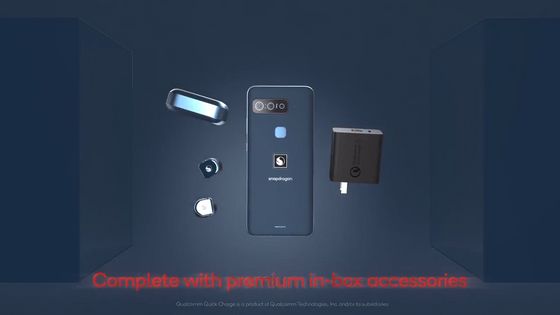 In addition, 'Smartphone for Snapdragon Insiders' is also equipped with 'Qualcomm 3D Sonic Sensor Gen 2 ', a fingerprint sensor developed by Qualcomm, making it a smartphone that can use various functions developed by Qualcomm. The dimensions are 173 mm in length, 77.2 mm in width, 9.5 mm in thickness, and weighs 210 g.

The spec table is as follows.

The Verge admits that the 'Smartphone for Snapdragon Insiders,' which incorporates Qualcomm's latest technology, is an interesting idea, but points out that the price is high at about $ 1,500. Even though the new SoC ' Snapdragon 888 Plus ' has already been announced, the fact that the on-board SoC is 'Snapdragon 888' is also a 'strange mistake'.

The 'Smartphone for Snapdragon Insiders' will be sold in the United States, China, the United Kingdom, and Germany in August 2021, and will be available in other parts of the world thereafter. The official page of the Japanese version is also open to the public at the ASUS Store, and the price is announced to be 164,880 yen including tax. 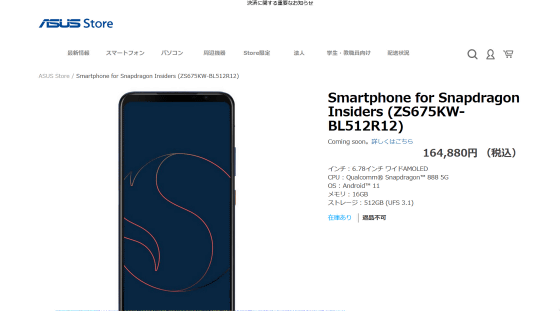