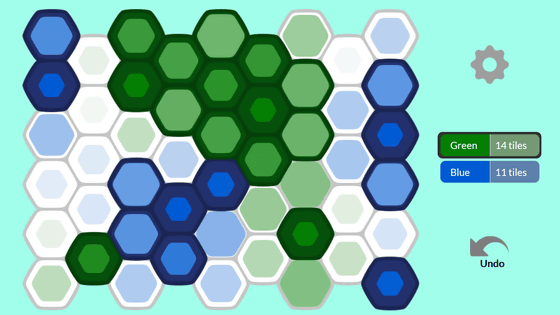 'Influence' is a free browser game in which you acquire more tiles according to the 'influence' that the acquired tiles always emit. I actually played to see what kind of play it would be like.

First of all, I will actually play it. The Influence screen looks like this, and the hexagonal tiles laid out on the left side are the game board. 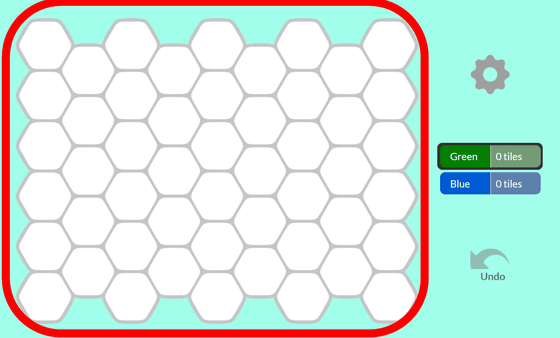 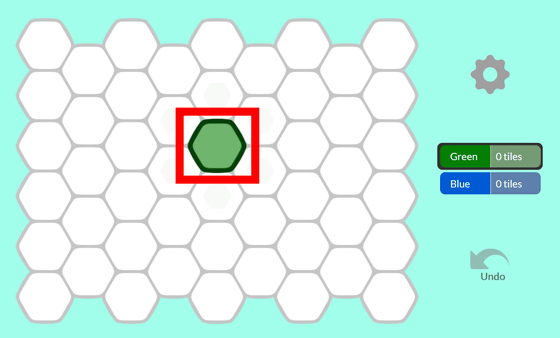 Then, the tiles around the acquired tiles were slightly colored. In this way, Influence can gradually acquire the surrounding tiles by the 'Influence' emitted from the tiles that it has acquired. 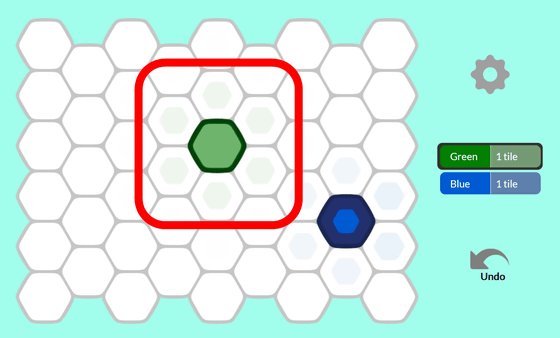 When you select a tile, it will automatically turn the CPU. The tiles acquired by the CPU are displayed in blue. 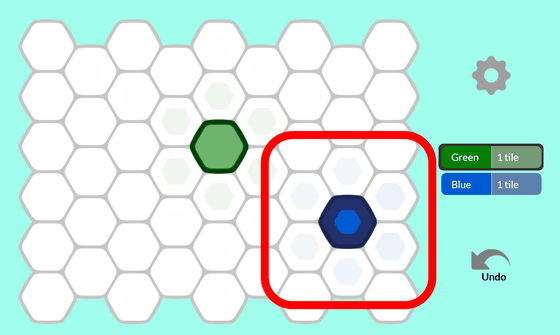 Now try to get the following tiles. 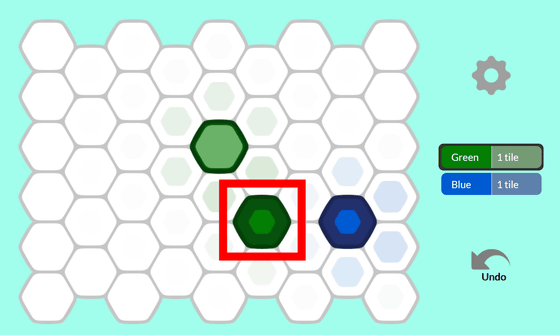 As a result, the board looks like this. Since each tile you have acquired will continue to exert influence every turn, the pace of darkening will accelerate in the area between the two tiles you have acquired. 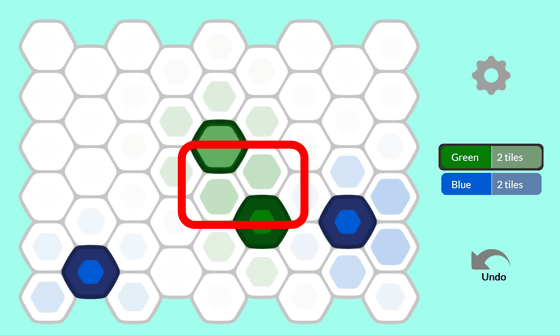 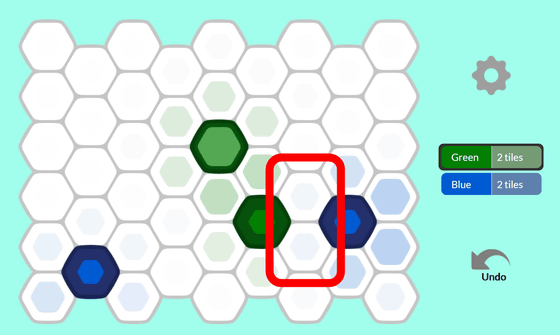 As a result of increased influence, tiles with dark edges as shown below are tiles that the opponent cannot directly acquire. 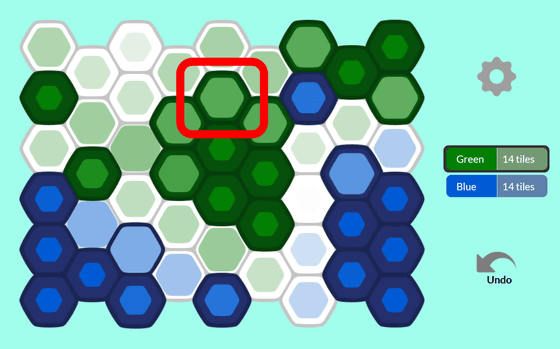 Tiles with wider dark areas are treated in the same way as manually acquired tiles. 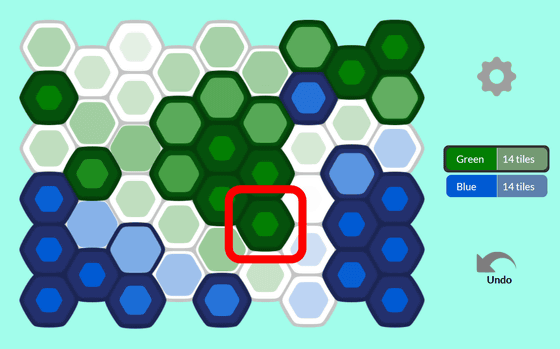 However, if you surround the acquired tiles with tiles of another color, the color will gradually change due to the difference in influence, so it seems that it does not mean that 'acquisition is confirmed'. 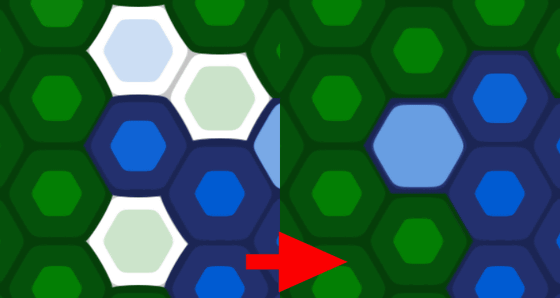 By repeating the above, the one with the most tiles finally won wins. 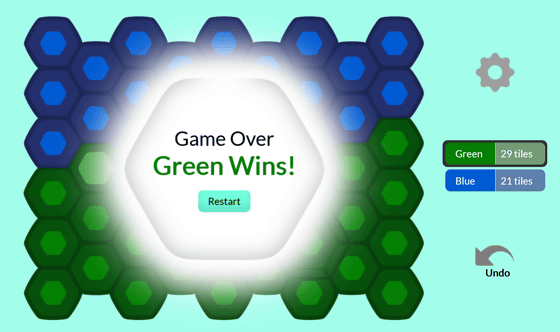 By default, the opponent is the CPU, and when you click the gear icon on the upper right of Influence ... 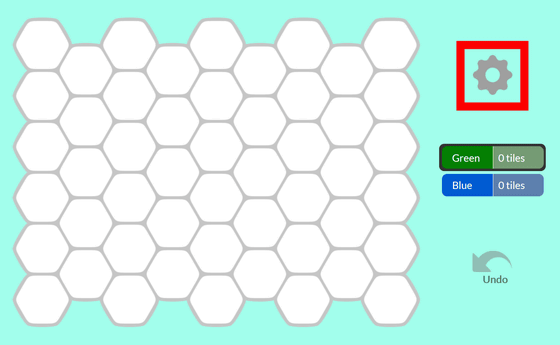 You can set the difficulty level. 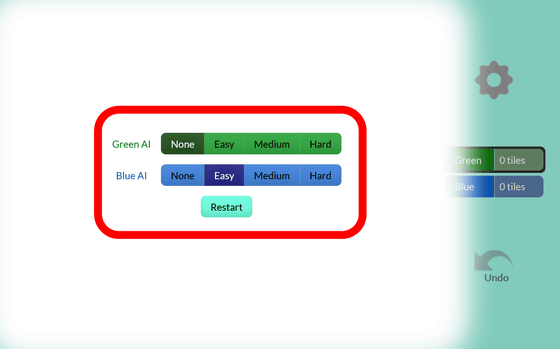 In addition, interpersonal battles are also possible. Click 'Create Private Match' at the bottom of the game board ...

A URL for the battle will be generated, so you can play against each other simply by having your opponent access this URL.