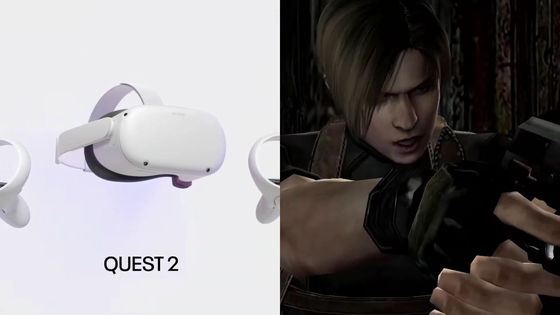 It was announced that 'Resident Evil 4 ', which was released as software for the Nintendo GameCube in 2005, will be remade as a VR game that can be played on Oculus Quest 2.


The game screen of VR version Resident Evil 4 is as follows. 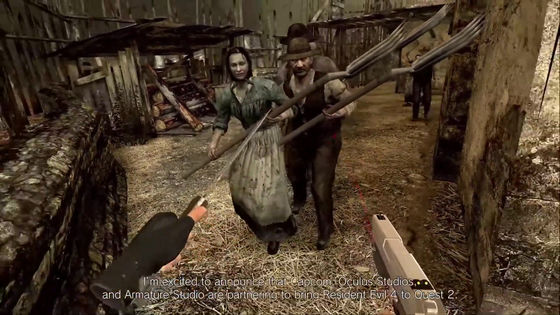 The VR version of Resident Evil 4 was created in collaboration with Capcom, Oculus's parent company Facebook, and the game studio 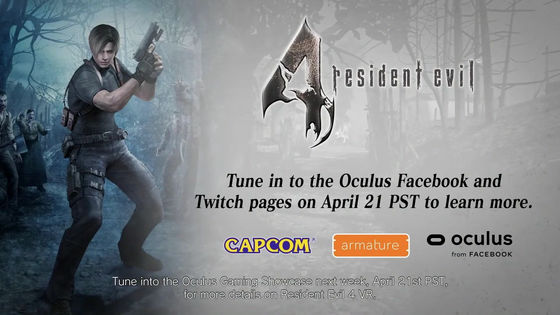 Details about the VR version of Resident Evil 4 will be announced at the 'Oculus Gaming Showcase' held on April 22nd.

Details will be announced at the 'Oculus Gaming Showcase' to be held on April 22nd! You can see #VR's original development secret story and gameplay video.

Details will be broadcast on Oculus official Youtube LIVE from 7:00 am on April 22 https://t.co/R9sGOnfBli pic.twitter.com/IyYMRTTC7g

The titles for the Oculus platform include the VR fitness game ' VZfit ' and ...