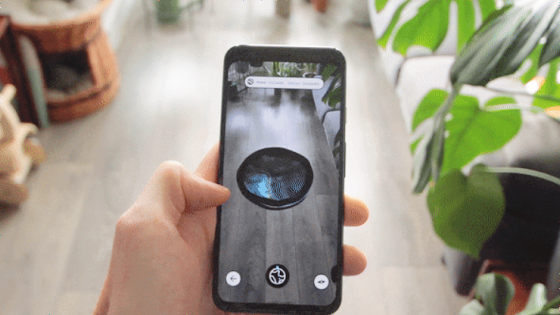 Many people fantasized when they were children, saying, 'If you keep digging holes in the ground, you should be able to reach the other side of the earth.' Google's web service 'Floom ' that realized such an idea with AR has been released. I actually used it to see what happened to the 'backside of the earth' where I was.

First, use an Android device that supports ARCore to access the official Floom website in Chrome. Tap 'Let's go!' ...

Furthermore, 'Floom.withgoogle.com is asking for permission to use the current location information of the device' is displayed, so tap 'Allow'.

The message 'floom.withgoogle.com wants to create a 3D map of the surrounding area and track the camera position' is displayed, so tap 'Allow'.

You will be asked 'Do you want Chrome to allow you to take photos and videos?', So if you don't normally want to allow it, tap 'Only this time'.

A drill like a whirlpool appears. According to the message, changing the tilt of the smartphone also changes the angle at which the drill is dug, so it seems that different places will appear even in the same place.

After deciding where to go, tap the drill.

Then, a hole was opened in 'Coral Sea, New Caledonia'.

When I looked into it, I could see the sea with bright blue like this.

When you tap 'Coral Sea, New Caledonia' at the top of the screen ...

You will be given the option to open the Google Earth app. If you tap 'OK' here, Google Earth will open and you can take a closer look at the tip of the hole. 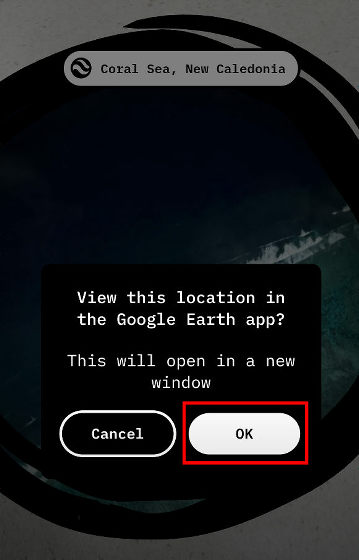