Apple reveals details of the privacy enhancement `` Application Tracking Transparency'' scheduled to be implemented in iOS 14.5 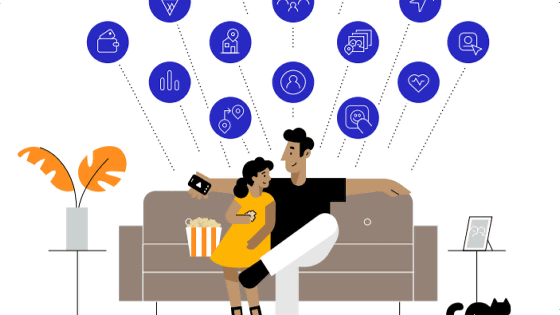 Application Tracking Transparency (ATT) in iOS 14.5, due out in the spring of 2021, that will allow users to choose whether or not to allow user tracking. ATT is a feature implemented as part of Apple's policy changes to protect privacy, but there are opinions that the advent of ATT will prevent effective advertising. Meanwhile, Apple has released a new PDF file called 'A Day in the Life of Your Data ', how policy changes are made, and 'How to measure the effectiveness of advertisements without user tracking'. I revealed the details.

A Day in the Life of Your Data
(PDF file) https://www.apple.com/privacy/docs/A_Day_in_the_Life_of_Your_Data.pdf

Apple's published PDF file, 'A Day in the Life of Your Data,' is from former Apple CEO Steve Jobs, 'I want people to be smarter and share more data than others. I believe people will come out too. Ask them every time. Ask until they are tired of being asked and say 'Stop asking anymore'. How do you get their data? Please tell them exactly if you are dealing with it. ' 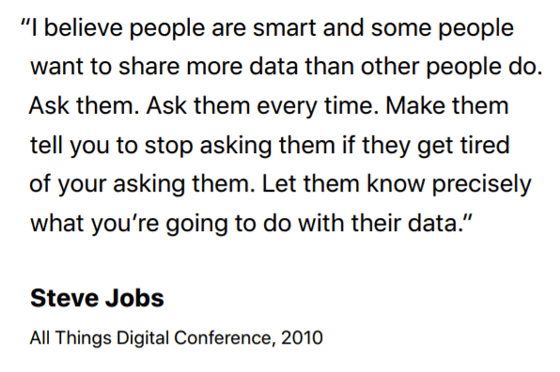 First of all, Apple cites the following four points as privacy principles.

1: Minimize data collection in providing services
2: Process the data on the device as much as possible and do not send it to Apple's server etc.
3: Allow users to understand how their data is treated and control it
4: Increase security in both hardware and software aspects to keep your data safe 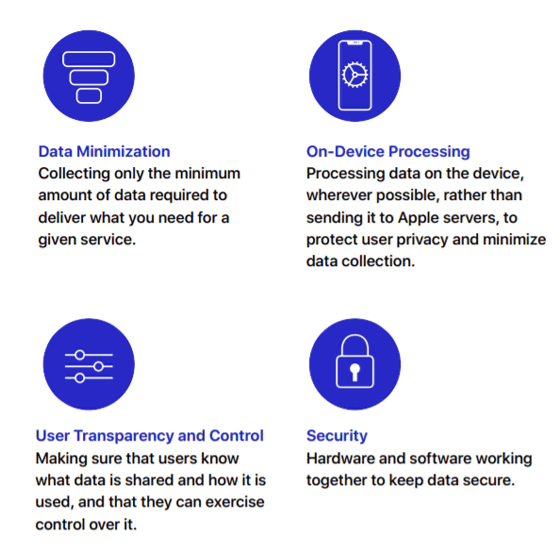 And in the description of 'Ad Attribution,' Apple said, 'Advertisers can measure the effectiveness of ads for groups without user tracking. Apple protects user privacy. While working on developing tools to do this, 'he explained. Apple cites 'SKAdNetwork' and 'Private Click Measurement' as tools for measuring the effectiveness of advertisements while preserving such privacy.

・ Private Click Measurement
Private Click Measurement is a tool for 'measuring the effect of ads directing users to websites while minimizing data collection on the device' in apps installed on iOS and iPad OS versions 14.5 and later. .. When a user clicks on an in-app ad, the advertiser is notified of the click and whether it has helped them achieve their goals on the website. At this time, the advertiser is not provided with the information 'who clicked'.

Also, in the Frequently Asked Questions for the general public, Apple details the policy changes.

Apple also said in its response that 'app developers are required to respect user choices beyond advertising identifiers,' and similar tools that replace the existing tracking tool IDFA are also banned. It is considered.