Ancient Roman tanks are unearthed near the ancient city of Pompeii, almost intact 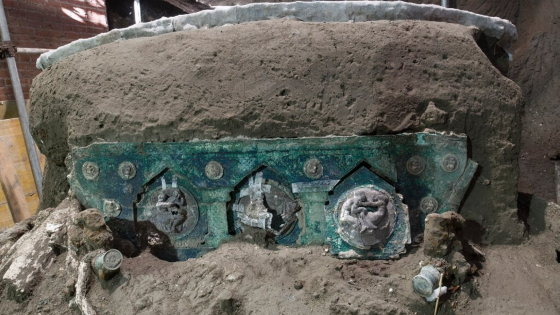 On February 27, 2021, an archaeological team investigating the suburbs of Naples, Italy, reported that they had 'excavated a tank nearly 2000 years ago from the ground.'

The tank was discovered in 79 AD near the ancient city of Pompeii, which was buried underground by a pyroclastic flow. The tank discovered is a four-wheeled vehicle with iron parts and beautiful bronze and tin decorations, believed to be the ancient Roman ritual vehicle 'Pilentum', whose existence has been suggested by some sources. I am. The tank was found near the stables where three horses were excavated in 2018. 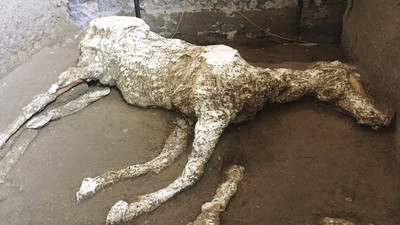 Other traces of rope and flower debris have also been found at the mining site. The excavation was carried out as part of a program to combat grave robbery for sale in the black market. The 2000-year-old tank was fragile, so the excavation work took several weeks. As a result of careful excavation and careful excavation, the tank was excavated almost intact and the decorations and other details were preserved. 'It's an extraordinary discovery that deepens our understanding of the ancient world,' said Massimo Osanna of the archeology team. 'The tanks found were likely used for local festivals and parades,' Osanna said.