all over the world. I received a lot of criticism . The academic journal ' Science ' explains how the experiments presented by Mr. Ka influenced the academic society.

The untold story of the'circle of trust' behind the world's first gene-edited babies | Science | AAAS
https://www.sciencemag.org/news/2019/08/untold-story-circle-trust-behind-world-s-first-gene-edited-babies

Mr. Ka was born in 1984 in Hunan, China. It is said that Mr. Ka, who was poor, visited local bookstores many times and read textbooks that he could not afford to buy. After that, Mr. Ka received a scholarship, obtained a degree in physics from the University of Science and Technology of China , went to the United States and obtained a doctorate in biophysics, and then with the help of entrepreneurs, he is in Shenzhen, China. We have opened a joint laboratory at Southern University of Science and Technology .

In June 2017, at Southern University of Science and Technology, Mr. Ka and his colleagues had a discussion about a medical experiment that had never been conducted before. In this discussion, Mr. Ka, who heard the story of a couple who lamented that 'the husband is infected with HIV and may infect the child', said that the genome editing technology ' CRISPR-Cas9 ' is a potential solution. Suggested to use. Since the announcement of successful cell genome editing with CRISPR-Cas9 in 2012, there have been calls around the world to be cautious about using the technology. The use of CRISPR-Cas9 in human embryos was ethically banned in many countries, including China, but at the time there was not much disagreement with the use of this technology in humans. was.

report released by a committee convened by the National Academy of Medicine states that 'if strict criteria are met, editing of human germline may be permitted.' Commission scientists and bioethics who discussed the regulatory framework, but 'reference because of the variety of views is ambiguous' finally was concluded. For this reason, the Commission has not established any international regulations, and has stated that 'each country should implement appropriate self-regulation under the supervision of experts.' As a result, Mr. Ka will perform genetic manipulation using genome editing technology and will

announce worldwide on November 26, 2018 that 'a twin girl with congenital resistance to HIV was born'. In addition, Mr. Ka will be on stage at the 2nd International Summit on Human Genome Editing held on November 28, 2018, giving a 20-minute lecture and a 40-minute question and answer session. This announcement was naturally criticized worldwide, and the Chinese government conducted a survey of the research content and ordered Ka and his team to stop the research on November 30, 2018. According to the investigation, Mr. Ka forged the document so that the information of the experiment would not be leaked to the outside, and it is said that he proceeded with the experiment in secret to his colleagues and boss.

Ryan Ferrel, a neuroscientist hired by Ka as a spokeswoman, said he knew or suspected Ka's research was being done in response to media questions. Created a list of 60 people who will be. Members of the list, which Ferrell calls the 'Circle of Trust,' are said to include Chinese and American scientists, including Nobel laureates, venture entrepreneurs, and at least one Chinese politician. I will.

One of the members of the list was Jennifer Doudna 's name. Mr. Doudna was a Nobel Prize in Chemistry winner for the development of CRISPR-Cas9 and was a long-time acquaintance of Mr. Ka. On November 26, 2018, at a dinner with Mr. Ka after the first announcement of the experiment, the organizers of the International Summit on Human Genome Editing, including Mr. Daudna, gave Mr. Ka a complete disclosure of the contents of the experiment. It is said that he carried out the required lobbying activities.

In addition, one of the people who was consulted by Mr. Ka about when to release the contents of the experiment was Mr. John Chan, who holds a PhD in medicine and reproductive biology. Mr. Chan collects mitochondrial DNA from the donor's egg, transplants it into the egg of a woman suffering from infertility, activates it, and fertilizes the activated egg to genetically produce a baby with three parents. 'One day, genetic editing of babies will be as safe and common as mobile phones,' said Chan, who drew attention for his birth . However, Mr. Chan said, 'I had a purely academic discussion with Mr. Ka and knew almost nothing about Mr. Ka's experiments.' Some people on the list have publicly criticized Ferrel for creating such a list, saying 'I didn't know the details of the experiment.' Ferrel himself said he was worried when Ka's experiment began and was terribly afraid of the announcement of the experiment and the onslaught of the press that would come along with it. 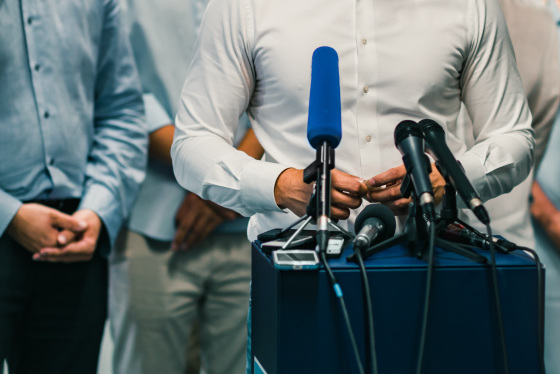 Chinese scientist who edited the gene for human embryo for the first time in the world is missing, baby's whereabouts are unknown --GIGAZINE 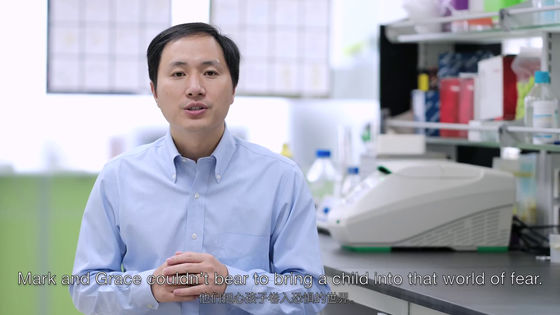 After Mr. Ka's speech at the summit, the Chinese government has tightened regulations on domestic research on human embryos. The society needs to reassess its values for bioethics, and various international committees have been set up to discuss a stronger framework for regulation. 'The development of CRISPR-Cas9 has made genome editing inevitable. For me, the question now is how to control genome editing, how can it be controlled in the first place, and how genome editing will be the future society. It's about thinking about how it will affect the world. '