This year it was difficult with the new corona, so I decided to make Toshikoshi soba, hoping for 'disappearance of the plague'.

First of all, this is the blueprint. I have no idea what will happen in the end with this alone, but it will be like this anyway. 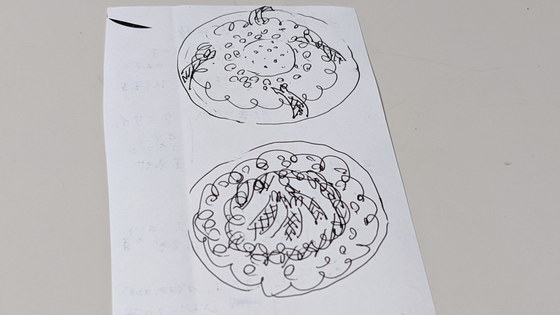 The dashi stock used this time is Saison Factory's '

Umami Dashi'. It is a gift at the end of the year. Let's make effective use of it. 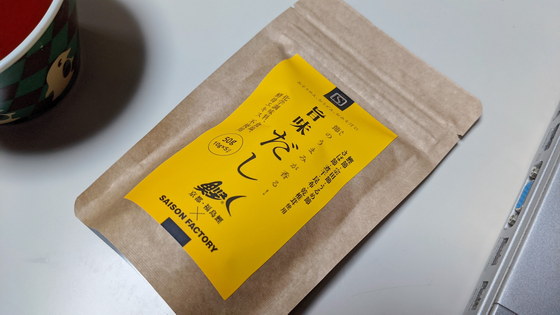 In addition, the Christmas leftover terrine. Things that are sold at supermarkets. Next, bake the shrimp that seems to be for frozen sushi. It was so cheap that I got it. 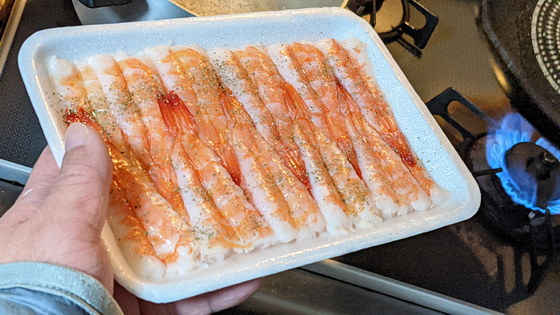 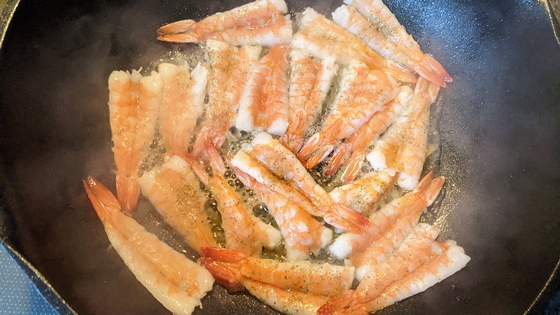 Yes, it turned out to be reasonably good. And a big sweet shrimp from Ishikawa prefecture. The reason why it is a sweet shrimp is that it was caught in '

Amabie ' which became famous for the new corona. Amabie → Amabie, like. Now that we've done most of the preparation, let's boil the soba noodles. 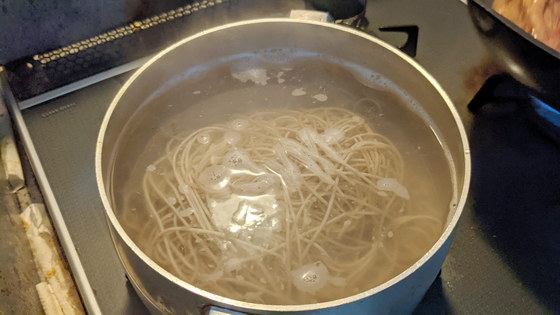 At the same time, we will bake a large sweet shrimp. The idea is that it would be nice if the baked and boiled soba could be finished at the same time. Since it is boiled, throw the soba into the dashi stock. Decorate with roasted eggs around. This is the first type of soba base. 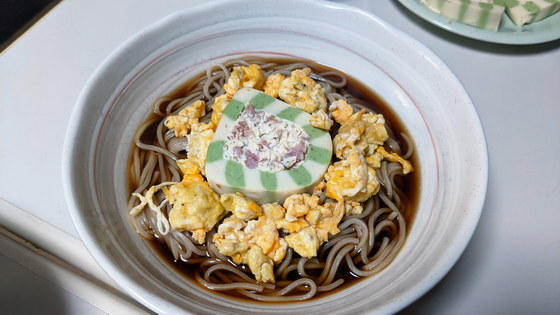 Place a large pink shrimp on the outer circumference and spread green onions between them. Somehow it feels incredibly gorgeous. Decorate the wolfberry fruit soaked in mirin and sprinkle the tenkasu. Since this sweet shrimp has children, it is very juicy and it feels good to combine the umami of shrimp and the umami of eggs. In addition, let's stand the second kind of grilled shrimp for sushi around like this. In the same way, add terrine to the center and sprinkle wolfberry and tenkasu. 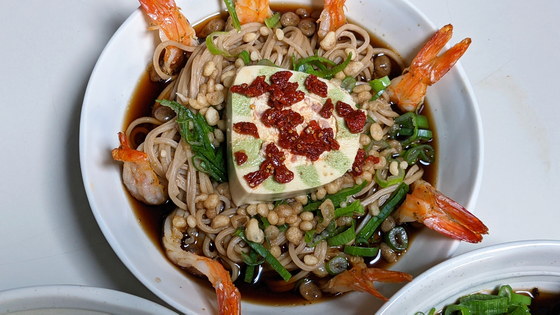 The third type, stand toward the center and line up. 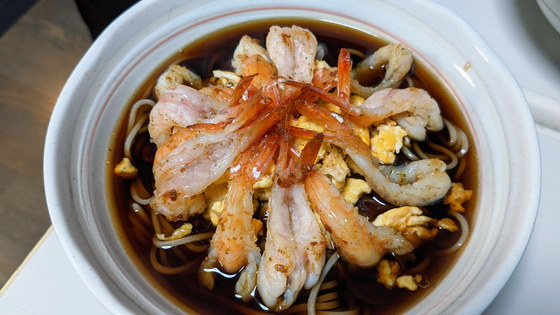 Place the green onions around. Morimori. Sprinkle the tenkasu, put the wolfberry fruit, and finish it in various ways. That's why 3 types are completed in a blink of an eye. You can see that even if the same material is used, the atmosphere will change considerably just by changing the combination. At the same time, even if it seems that it takes a lot of time and effort at first glance, you can see that if you set up properly in advance, you will actually be able to make something quite ridiculous.