What are the 'four lessons' that I learned after quitting vegetarianism? livestock of rebellious animals such as cattle and goats generate methane, which is a greenhouse gas, ' Eat meat and dairy products to stop climate change. It is indispensable to stop . ' On the other hand, vegetarians (vegetarians) have a 20% higher risk of stroke and are more likely to have mental problems than non-vegetarians, which is also a high health risk. In fact, three years of vegetarian experience, writer Amber Carlson, summarizes four lessons learned from practicing vegetarianism and turning to carnivorous.

Carlson woke up to vegetarianism in his early twenties. After reading the book ' The Dilemma of Gluttonous Animals ' by Professor Michael Pollan of the University of California, Berkeley's Graduate School of Journalism, Carlson was disgusted by the cruelty of the livestock industry and the waste of industrial food production systems. It seems that he can no longer bear to eat. 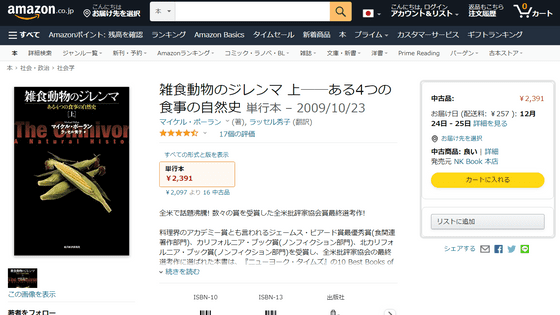 In this way, Mr. Carlson, who has been vegetarian for about three years, was forced to eat meat because of something. The reason for this was that I fell ill due to an unbalanced diet.

Regarding the difficulty of continuing vegetarianism, Carlson said, 'You may be scolded to tell the truth, but it was really difficult to have a balanced diet as a vegetarian or vegan. It is incredibly difficult, if not impossible, to provide the necessary nutrients with plants alone. '

Iron is one of the representatives of 'nutrition that is difficult to obtain from plants' by Mr. Carlson. Iron itself is relatively abundant in leafy vegetables and legumes, but iron in vegetable foods has a much lower absorption rate than iron called heme iron contained in animal foods, so it is sufficient. It is difficult to take a large amount.

Carlson, who had suffered from such malnutrition, ate meat after suffering. At that time, Carlson said, 'Since I started eating meat, I feel much better. It's as if I'm receiving the nutrition that I've been missing for years in an irreplaceable way. Eating meat was never an easy decision, but it was a 100% correct decision. ' 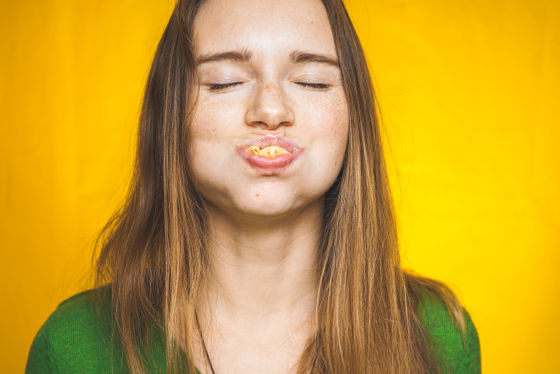 Carlson then summarized the lessons learned from his experience of quitting vegetarianism in four parts:

◆ 1: Listen to your body no matter what
Mr. Carlson, who has been devoted to vegetarian life for three years and still sympathizes with vegetarian emotionally, is now living a life of eating meat. However, Mr. Carlson does not consider himself a 'dropout'. Especially with regard to eating habits, he once realized from his experience of practicing vegetarians that 'meal must be something that nourishes and invigorates the body.'

'If you feel uncomfortable while practicing any way of life, be it vegetarian, diet or other lifestyle, you should listen to your body,' Carlson said. I don't want to make my body a slave to my ego. ' 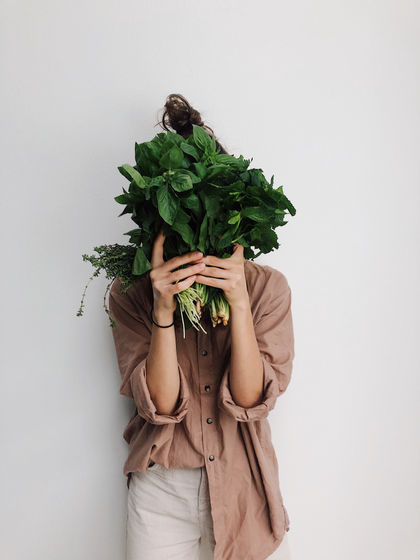 ◆ 2: Forgive yourself for being out of your ideal
Regarding the gap between ideals and reality, Carlson said, 'Ideals are fascinating, but we are imperfect, and our lives are also imperfect. The ideal image of'what should be'. Expectations in the real world will always disappoint us. '

Carlson calls himself an 'eternal idealist,' but on the other hand, he has experienced many setbacks. One of the setbacks was that I couldn't keep up with my vegetarian life this time. However, Carlson recalls that it was through these setbacks that he learned that 'if you do your best, you will eventually be able to forgive yourself and accept yourself with forgiveness, despite your imperfections.' I did.

◆ 3: Believe in the choices that you feel are right for you
Some people who live as vegetarians and vegans blame Carlson for choosing to eat meat, but Carlson doesn't care about that. On the other hand, what Carlson thinks is 'unbearable' is 'the suffering of not being able to believe in one's choices for fear of what others think.'

'What's right for a person is just that person's problem, not someone else's, so it's only that person who can decide how to live that person,' Carlson said. It states.

◆ 4: The world is not clear in black and white
The most important lesson that Carlson has learned is that 'eating meat is not an all-or-nothing thing.' Mr. Carlson started eating meat, but he does not eat meat every time, but by choosing foods that are as conscientious as possible and always trying to be grateful when eating meat, Mr. Carlson I am practicing the right way of life. 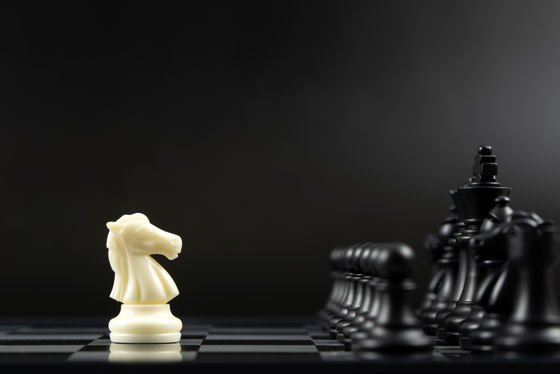 According to Carlson, some vegetarians hide and eat meat secretly to protect their image. 'If carnivorous food isn't taboo among vegetarians, I think we'll be able to allow each other a modest way of life without being bound by extreme doctrine,' Carlson said.

'I feel that instead of talking about why you shouldn't eat meat at all, you need to talk about how to be'omnivorous'in a sustainable way,' Carlson said. There is no doubt that if we evolve in a more moderate and open direction, we will have a greater impact on the world than we do now. '