5 myths and facts about eating meat and health It is well known that a meat-only diet is unhealthy, but the question of 'how bad is actually eating meat?' Dr. Dariush Mozaffarian, Dean of the Faculty of Nutrition Science and Policy at Tufts University in the United States, summarizes the ' lies and facts about eating meat '.

Should you avoid meat for good health? How to slice off the facts from the fiction
https://theconversation.com/should-you-avoid-meat-for-good-health-how-to-slice-off-the-facts-from-the-fiction-127958

◆ True 1: Red meat is good for health
According to long-term observational studies on heart disease and cancer, and control experiments on health-inhibitory factors such as blood cholesterol, glucose, and inflammation, `` Eating raw red meat within an appropriate amount would cause serious harm to health. Do not give '. 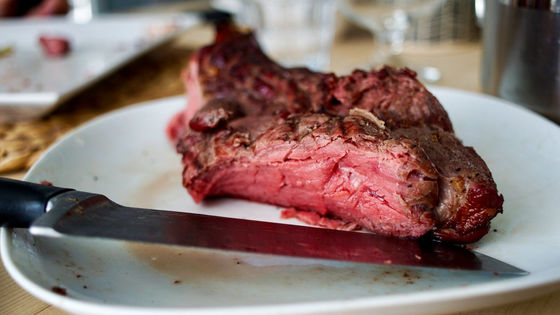 However, Professor Mozaffarian said, `` There is no study suggesting that red meat is good for health, '' said the research results that heme iron contained in red meat may increase the risk of type 2 diabetes. , to eat red meat frequently is said to have a strong association with increased risk of colorectal cancer study results pointed out the presence of.

◆ True 2: Red meat should be given priority
Red meat has a low content of fat, saturated fat and cholesterol, and for a long time, dietary instruction has been given, 'If you eat meat, then red meat.' However, lipids, saturated fats, and cholesterol have not been shown to be strongly associated with diseases such as heart attacks and cancer.

On the other hand, because preservatives contained in processed meat such as bacon, sausage and salami increase the risk of blood pressure, stroke and cancer, `` Eating processed meat, even if it is red meat, is high risk. '' Says Mozaffarian.

◆ True 3: 'Plant-based' meals should be eaten
Do not eat the food of animal origin vegan typified by vegetarians (vegetarianism) has been touted as the recent 'health of the pronoun'. However, Professor Mozaffarian says, 'Chicken and eggs do not have a significant adverse effect on health. Dairy products may have benefits in reducing body fat and type 2 diabetes, and seafood may even have health benefits. Yes, 'he urged to look at the benefits of animal food. He continued, 'Most of the 'worst foods' are plant-derived,' said Mozaffarian, who listed the worst foods as white rice, white bread, french fries, breakfast cereals and cookies. These foods are high in refined starch and sugar, and account for 42% of the total calories consumed in the United States.

◆ False 4: Beef (grass fed beef) raised on grass is good for health
According to Mozaffarian professor, 'grass-fed' is a word that refers to the livestock that was brought up in the grass center, does not mean eating only grass. Cows described as `` grass fed '' eat and grow corn, soy, barley, cereals, etc. in addition to grass, and there is no significant nutritional difference between grass-fed and non-grassed meat. Research results are reported.

According to Professor Mozaffarian, 'You can choose grass fed beef for philosophical and environmental reasons, but it is wrong if you expect health benefits.'

Why are plant-derived artificial meats bad for health? -GIGAZINE 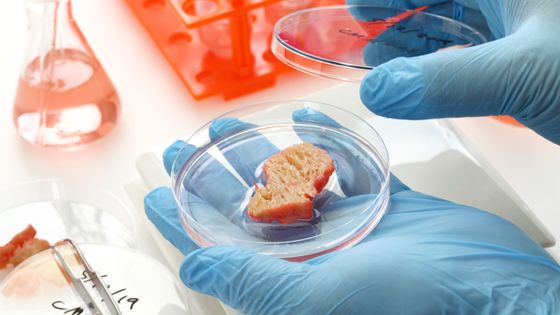 ◆ Fact 1: Processed meat is bad for health
Processed meat contains preservatives that are harmful to health. Even if typical ingredients such as nitrates and nitrites are listed as 'unused' as preservatives, they may actually contain fermented celery powder that is rich in nitrite, and the U.S. Food and Drug Administration A petition has been filed with the (FDA) requesting a 'prohibition of misleading labeling.'

Processed meat may also contain carcinogenic substances, such as sodium, nitrite, and heme iron, that are formed when baked or smoked. These harmful compounds affect not only your own health, but also the fetus if taken by pregnant women.

◆ Fact 2: Healthy eating is not a meal just because you don't eat any meat
Most of the diet-related diseases have low intake of healthy foods such as fruits, nuts, seeds, beans, vegetables, whole grains, vegetable oils, seafood, yogurt, and salt, refined starch, and sugar. There are research results that are caused by consuming a large amount of 'super processed foods' and juices that contain a lot of such. This diet has a worse health effect than eating lean meat.

A study that surveyed more than 44,000 people revealed that eating `` super processed food '' leads to an increased risk of death-gigazine 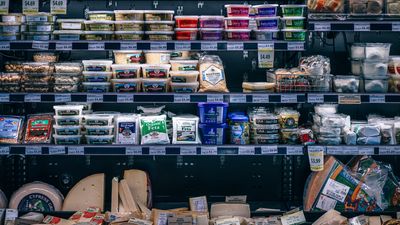 ◆ Fact 3: Cattle livestock is destroying the environment
Beef production has significant negative effects on the environment, including greenhouse gas emissions from cattle burps and water pollution from manure. The impact of beef production on the environment is about five times that of fish, dairy products, and chicken, about 20 times that of eggs, nuts, and legumes, and that of fruits, vegetables, and whole grains. The effect is 45 to 75 times. According to a report released by the United Nations in 2013 (PDF file) , greenhouse gases emitted by livestock make up 15% of the total, half of which comes from beef production.

◆ Fact 4: Artificial meat derived from plants is environmentally friendly
Compared to beef production, the production of plant-based artificial meat requires only one-tenth the water and land, and also reduces greenhouse gas emissions by a factor of ten. Impossible Meat and Beyond Meat , which are engaged in the plant-based artificial meat business, both have their philosophy of 'reducing reliance on the livestock industry that generates greenhouse gases.'

Fact 5: Many questions unanswered
Professor Mozaffarian says that many questions remain unanswered, such as `` Which preservatives are the most harmful '', `` What increases the risk of type 2 diabetes in red meat '', `` Effect of artificial meat derived from plants '' I admit that. On top of that, from the research results already known, `` Eating red meat is limited to once or twice a week '' `` It is clear that plant-based artificial meat is good for the environment, but healthy I'm not sure if it is good. '' Fruits, nuts, vegetables, vegetable oils, and whole grains are the best for humankind and for the planet. '