It turned out that the cyber attack group 'Turla' , which aims at government agencies while concealing the location of the server using satellite lines, used the online storage Dropbox to store the stolen data. Researchers at security firm ESET have discovered previously undocumented backdoor malware and document theft tools. The malware has been given the name ' Crutch ' by its creator.

It has been suggested that Crutch, like the other tools Turla uses, is used only for specific targets, confirmed to have been used from 2015 to early 2020. I am.

On the other hand, it was confirmed that Crutch and the third stage backdoor malware 'FatDuke' existed at the same time on one machine. There is no evidence that the two malware interact, and each may have attacked the same machine independently.

According to ESET, Turla used Crutch's toolset on multiple machines from the Ministry of Foreign Affairs of an EU country. The tool was designed to leak sensitive documents and other files to Dropbox accounts managed by Turla operators. 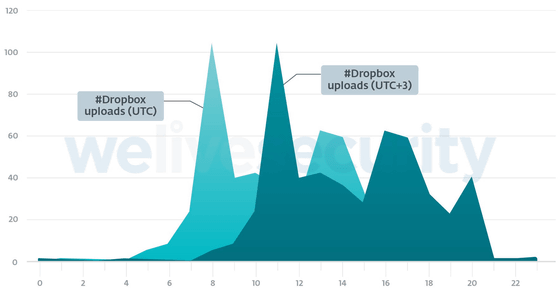 It seems that 'Crutch' is not a first-stage backdoor, but a tool that is deployed after an attacker breaks into the network. After versions 1-3 with backdoor commands were used from 2015 to 2019, version 4 will stop supporting backdoor commands in 2019 and automatically upload files on local and removable drives to Dropbox. It is said that it has appeared.

The discovery further strengthens the perception that Turla is an organization with the resources to operate large and diverse tools.