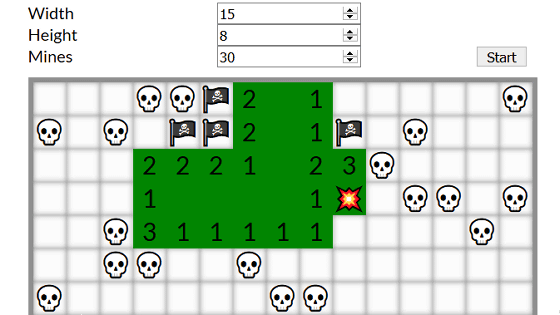 Minesweeper , which was installed in Windows to help users learn how to use the mouse, is a game born in the 1980s. Minesweeper is generally done in a predetermined square, but engineer Andrew Taylor is free to use Minesweeper with a little difficulty, because the player can freely decide the number of squares and mines It is published at.

Minesweeper is a game in which you can select empty squares while avoiding the land mines spread in the field. Click on a mine to lose.

The only clue to where a landmine is is when you click on a cell that isn't a landmine, you'll see a number showing how many landmines are in the eight adjacent cells. If the number of the clicked square is 0, all adjacent squares are automatically displayed until the number of squares becomes 1 or more. 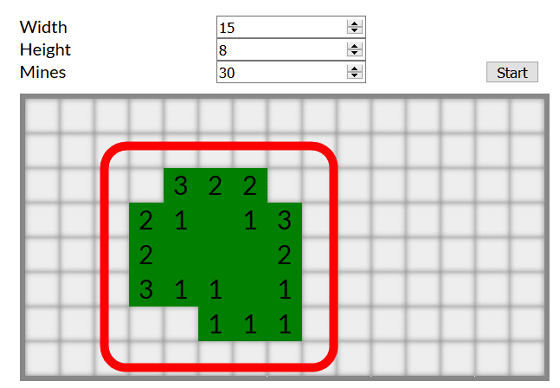 You can also right-click the mouse to flag the squares and record the squares you think are mines. 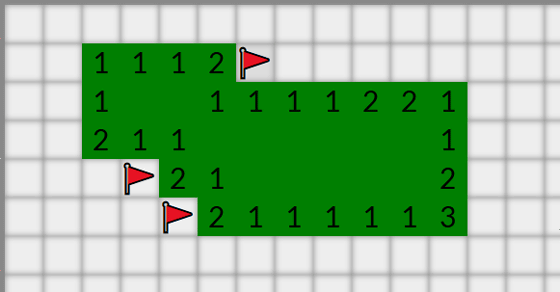 The Minesweeper developed by Mr. Taylor is designed so that the square that the player first clicks is never a mine. The position of the mines is tentatively set at the start of the game, and the mines are repositioned according to the square that the player first clicks. However, 'it alone makes the game too easy', so Taylor has adopted a system that relocates mines many times during the game so as to overwhelm the expectation of the player.

In addition, the player can set the width (Width), height (Height), and number of mines (Mines) as they like. You can play with Minesweeper by pressing 'Start'. 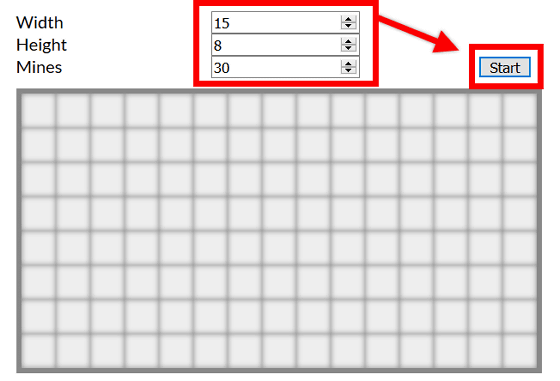 Minesweeper developed by Mr. Taylor can actually play from the following URL.