Smartwatch market share announced in the first half of 2020, Apple Watch still dominates the market 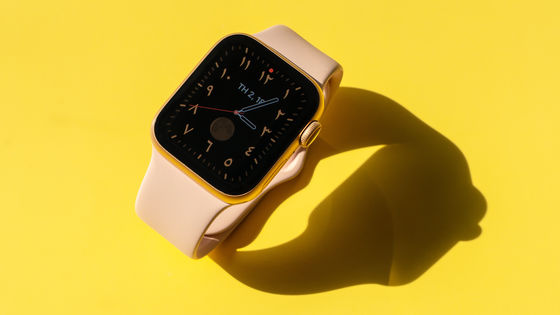 The graph below summarizes the global share of smartwatch shipments in the first half of 2020 (right) and the first half of 2019 (left). Apple Watch accounts for 51.4% of global smart watch shipments, and the share of shipments has increased by about 8% compared to the previous year. In addition, Garmin (9.4%), Huawei (8.3%) and Samsung (7.2%) follow, with the top four companies accounting for more than 75% of the market share.

Sujeong Lim, senior analyst at Counterpoint Research, said about 42 million smartwatches were shipped in the first half of 2020 despite the new coronavirus pandemic, demanding as consumers become healthier. Point out that is continuously growing. Shipments have increased significantly in regions such as India (up 57% year-on-year), Europe (up 9% year-on-year), and the United States (up 5% year-on-year), which were particularly affected by the new coronavirus. The result was to offset the slump in regions where shipments of.

Huawei, the world's third-largest share of shipments, enjoyed strong shipments of the GT2 series of smart watches in the first half of 2020, with shipments increasing by 90% in China and Asia. Garmin, which is the second largest in terms of revenue, is growing in the sports enthusiast and athlete markets, and demand for lines such as Forerunner and Fenix is strong (up 31% from the previous year).

Other smart watch brands that have grown rapidly in the first half of 2020 include Amazfit (up 51% year on year) and Xiaomi (up 47% year on year).

The top 5 smartwatches that shipped the most in the first half of 2020 are as follows. 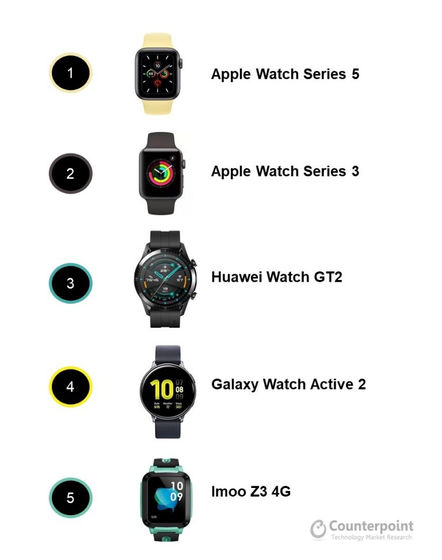 Jeff Fieldhack of Counterpoint Research said, ' Wear OS by Google continues to account for about 10% of the OS that has the largest share in the smartwatch market after Apple's watchOS. Huawei's Lite OS and Amazfit's Amazfit. The operating system is rapidly expanding its share,' he said, saying that new forces are emerging in the smartwatch OS share.

According to Fieldhack, the heart rate measurement function is installed in about 60% of the smart watches on the market, and the drop detection function and the oxygen saturation measurement function are expected to be installed in many smart watches in the future. Also, the square-shaped smartwatch is popular because it can better fit an additional sensor and battery footprint, about 3 minutes of the smartwatch shipped in the first half of 2020. No. 2 adopts a square form factor.

It should be noted that due to the dramatic improvement in battery life and processing power of the entire smartwatch, the time to put the device on the charger has been shortened and the time to measure heart rate, sleep and other factors has become longer. 'We are now able to track user health in greater detail,' said Fieldhack.