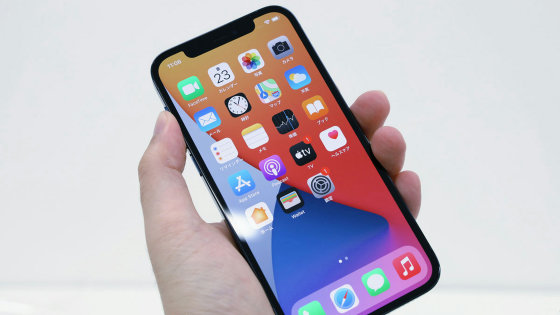 According to new reports released by market research firms 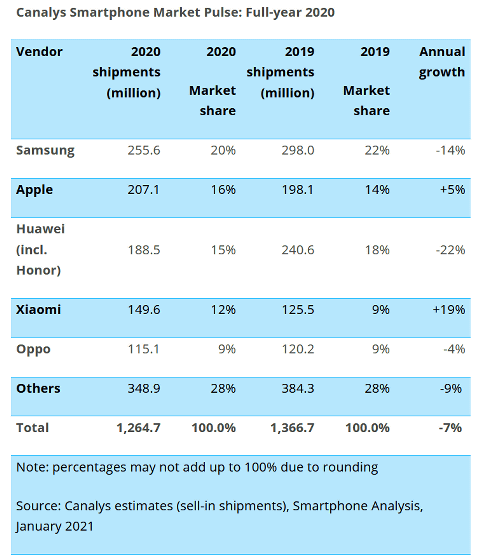 This is the 2020 smartphone shipment ranking announced by Counterpoint Research. The survey results are almost the same as Canalys, but the number of shipments by manufacturer is announced up to the 10th place.

Realme , the maker that broke into 7th place, is a brand for emerging countries independent of Oppo, and you can see that the growth rate is tremendous growth of 65% compared to the previous year. 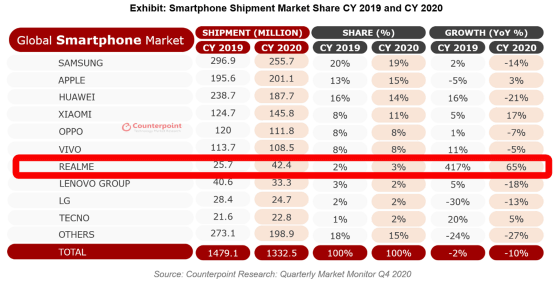 'The iPhone 12 was a hit. Apple is in a better position than its competitors in 5G and is heavily dependent on developed markets and mobile operators' sales channels,' said Vincent Thielke, an analyst at Canalys. This helped drive Apple's sales and profitability, 'he said. He also pointed out that the iPhone 12 did not include a power cable, which helped streamline logistics and reduce transportation costs.

In fact, Apple's January 27, 2021 earnings announcement for the first quarter of 2021 (October-December 2020) showed that Apple's flagship iPhone and wearable home accessories divisions were in the quarter. Sales were strong and total sales were record highs. 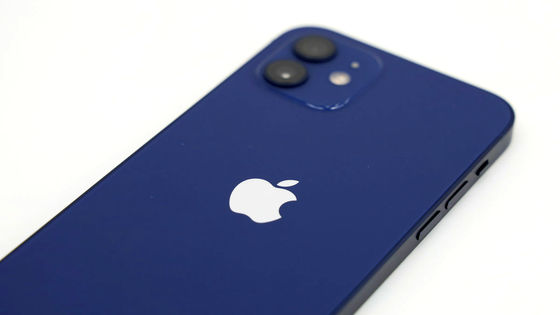 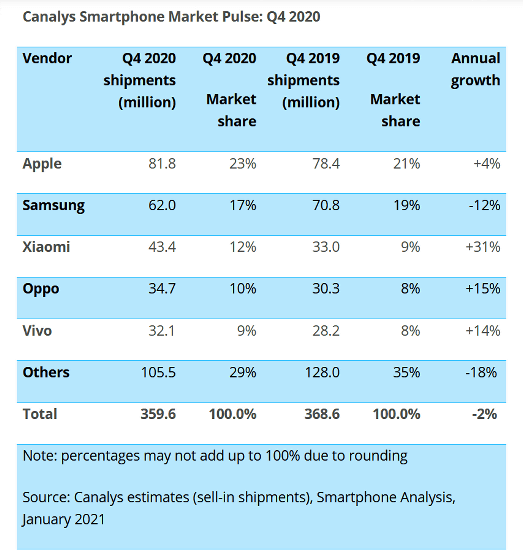 The graph below shows the number of smartphones shipped by each manufacturer on a quarterly basis. Huawei has long been in second or third place overall, but in the second quarter of 2020 (April-June 2020) it shipped about 55.8 million units , surpassing Samsung for the first time in the world. I won the 1st place . However, in the fourth quarter of 2020, shipments fell, surpassing not only Samsung but also Apple, Xiaomi, Oppo and Vivo to fall to 6th place. Amber Liu, an analyst at Canalys, said shipments of Huawei smartphones have fallen sharply due to economic sanctions by the United States. Although the independence of Huawei's sub-brand Honor may change the situation, it is not expected that Honor will regain a substantial market share in the short term. 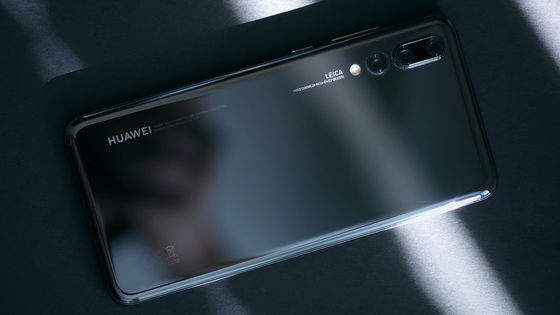 Although smartphone shipments in 2020 fell due to the effects of pandemics and other factors, they are expected to pick up in the latter half of 2020, and are expected to be on a recovery trend in 2021.