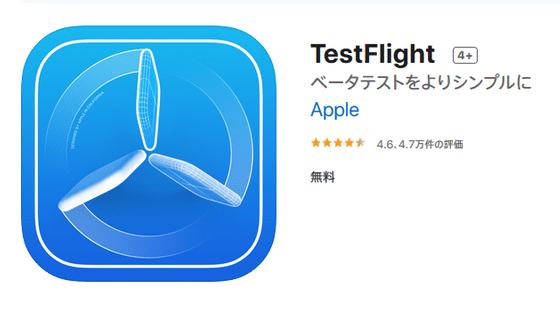 ' TestFlight ' makes it easier for users to test beta apps before they release them on Apple's rigorous App Store. Overseas media reports that TestFlight is functioning as an underground app store.

TestFlight forever: Developers are building a better world outside the App Store-Protocol
https://www.protocol.com/testflight-app-store

Some developers are using TestFlight as an underground App Store | Appleinsider
https://appleinsider.com/articles/20/08/17/some-developers-are-using-testflight-as-an-underground-app-store

TestFlight is an app distribution service for developers acquired by Apple in 2014, originally distributing apps before officially releasing on the App Store to a small number of beta testers and having them test functions and defects It is for However, according to the IT news site Protocol, some app developers are using TestFlight instead of the App Store.

The appeal of TestFlight is that it's less regulated and doesn't require Apple to pay a fee, unlike the App Store, which has strict guidelines. Apple requires developers who release apps on the App Store to charge commissions of up to 30% of their revenue, but in the past there has been talk of raising it to 40% . App developers are complaining about the high fees required by platforms such as Apple. 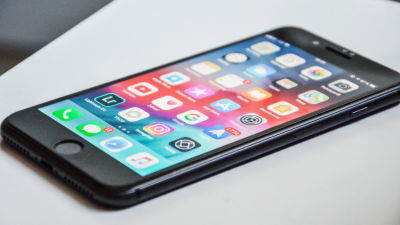 In addition, TestFlight has delivered applications with a little function that is not even released on the App Store, applications for aiming for topicality and asserting ideas. The only major limitation of TestFlight is that it can only be used by up to 10,000 people, but it doesn't matter if you're delivering your app within a small community.

Mr. Wait said on TestFlight's usability: 'Some developers just want to share their apps with their friends, so TestFlight is a place to be creative, just like drawing and showing to others. It has become.' 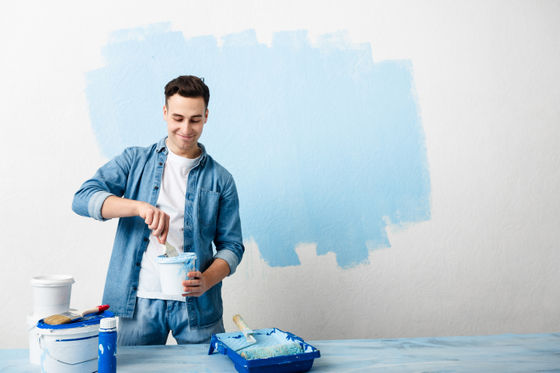 Some apps have gained a lot of fame by being released on TestFlight. One of them is SNS ' Clubhouse ', which is a hot topic as a new communication method in the age of pandemics. Clubhouse, which is characterized by easy voice conversation, has reported that it has raised nearly 100 million dollars (about 10.5 billion yen) from investors even though the official website has not been opened yet. It is being done.

Clubhouse developer Paul Davison commented that Clubhouse was only released on TestFlight, saying: ``It's more important to grow the community more slowly than ten times more users overnight. I think. to prevent things from becoming ruined in doing so, while maintaining the diversity of the community, and that allows you to adjust the application to suit the growth ' talking you.

``Apple's App Store compels all apps to be multinational conglomerates, but TestFlight is a couple,'' said Protocol writer David Pierce in a statement. You can feel like a small shop that is alive.'