Rocket League '', which is a strange game of “controlling a rocket-flyable car to play soccer”, has become so popular that its unique gameplay has surpassed 75 million players. It has been revealed that it will be available for free from the summer of 2020. The Rocket League, which celebrated its 5th anniversary on July 7, 2020, is distributed for platforms such as Steam/PlayStation 4/Xbox One/Nintendo Switch, but distribution on Steam will be terminated when it becomes free. ..

Rocket League, which celebrated its 5th anniversary on July 7, will be available for free from the latter half of 2020. On the official site, “Without the dedication and great community of the Rocket League, we couldn't be as popular as it is today. We are ready to expand the Rocket League community today. Starting in the second half of the summer, Rocket League will be free to play,' it is announced.


The basic Rocket League gameplay remains the same even with free play. However, it seems that the main menu is improved so that the game can be easily searched. In addition, major features such as tournaments and challenges will be revamped and improved so that it can progress as a cross platform.

The Steam version of the Rocket League, which will be delivered, is sold for 1980 yen. When the basic play is free, the player who purchased the paid version will be given the legacy status. In addition, all download content released until the free version is released will be available to users who own the paid version, so that the year when Rocket League is first played is displayed on the game screen. Become. In addition, more than 200 common items have been upgraded to Legacy quality, and three items are now available: Golden Cosmos Boost, Dieci-Oro Wheels, and Huntless Player Banner. 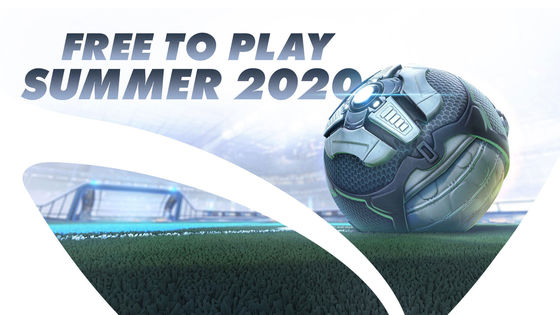 Although Rocket League will be delivered only to the Epic Games store when making basic play free, Psyonix, the developer of the same title, was acquired by Epic Games in May 2019.