Apple has been incorporating Intel processors in Mac products for a long time, but in recent years Apple is focusing on proprietary processors, 'I plan to migrate Intel chips to ARM-based in-house processors,' he said.

The Next Processor Change is Within ARMs Reach: apple
https://www.reddit.com/r/apple/comments/h7l6d7/the_next_processor_change_is_within_arms_reach/

12-inch MacBook could return with ARM — and a controversial throwback | Tom's Guide
https://www.tomsguide.com/news/12-inch-macbook-could-return-with-arm-and-a-controversial-throwback

Apple's Path to Arm-Based Macs Could Start With a New 12-Inch MacBook-MacRumors
https://www.macrumors.com/2020/06/12/arm-based-macs-12-inch-macbook-revival/


At the time of writing the article, Apple relies on Intel processors for the entire Mac lineup, but it has been actively pointed out that 'Apple aims to break away from Intel processors' for several years. Inside Apple, a project ' Kalamata ' to change the main processor of Mac from Intel to in-house is underway, and at Apple's developer event ' 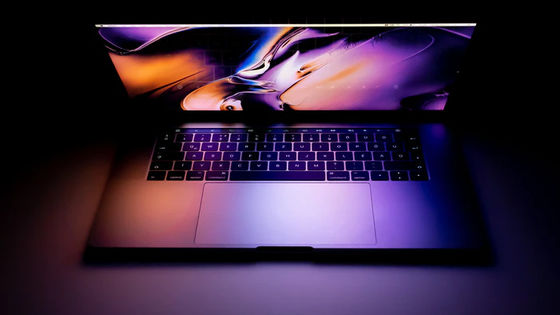 According to Fudge, the migration project to the ARM processor inside Apple started around 2015, and the migration will be done in four different stages. Below are the four stages Fudge predicted based on sources in the supply chain, MacBook schematics, and various Apple metrics.

◆1: 2015-2017
Apple installed an ARM-based T1 chip in the MacBook Pro released in 2016, and this was the first stage of the transition to the in-house ARM processor. Considering the time required to design and verify the processor, it seems likely that the plan first started around 2014-2015.

◆2: 2018-2020 (present)
In the second stage, MacBooc Pro and iMac Pro equipped with T2 chip instead of T1 chip were released, and in-house ARM processor with improved processing capacity was installed in a wider range of Mac products, as well as ARM-based products in the product. The range of hardware and software controlled by the processor has expanded. It seems that June 2020 before the official announcement of Kalemata is in the final phase of the second stage, and Mr. Fudge predicts that 'the first Mac product equipped with an ARM-based main processor' will be announced soon ..

◆ 3: From 2020 (present) to 2022 and 2023
In the third stage, at least one 'Mac product that operates completely on ARM processor' will appear. Fudge thinks this first product will be a '12-inch MacBook,' and expects the MacBook, which hasn't announced any new releases since 2017, to come back with a new processor. The proprietary keyboard mechanism ' butterfly keyboard, ' for which structural defects have been pointed out, may be revived in the 12-inch MacBook equipped with an ARM processor.

◆ 4: After 2024
The fourth stage was the transition of all Mac products to in-house ARM processors, at which point consumers and app developers have plenty of time to get used to Apple's ARM processor-based Mac products. It seems to be unclear whether Apple, which entered the fourth stage, will move to make in-house even for GPUs, or whether it will move to AMD-made GPUs.

In addition, it is possible to further unify Apple's ecosystem by installing an in-house ARM processor on Mac, achieving higher performance on Mac products, reducing power consumption and improving battery efficiency. Can be expected.